Bars on buses, pop-up public buildings and shipping container shopping centres are part of a city brimming with innovation.

This article is part of our series on the diverse highlights of NZ's Canterbury region, from city to snow. To book your Christchurch trip, visit the 100% Pure New Zealand website.

Bars on buses, pop-up public buildings and shipping container shopping centres — it's what you expect to see in some of the most cutting-edge cities in the world, but is it what you expect to see on the South Island of New Zealand? This is the land of the long white cloud's inventive, industrious and inspiring city of Christchurch today.

Excitement and opportunity are stirring everywhere in a city with a fresh slate. It's in the small bars that have appeared in deserted streets, the designers who have started working a disused tannery and the locals who just want to contribute to the new incarnation of their city.

For most, it's an inspiring time to be in New Zealand's second largest city, and there's no better time to visit. Here are four areas in which the city is thinking laterally and pulling off big things. Christchurch is catching up to Auckland and Wellington in the cool stakes and forging its own rep for great coffee, small bars and a focus on local produce..

"We're all starting again and we've got an opportunity to redefine ourselves," says Sam Crofskey, owner of High Street's C1 Espresso. Pioneering the second wave coffee movement through to the third in Christchurch since 1996, C1 is famous for its pneumatic tube system that delivers burgers and fries to you at 100 km/hr. While there is something very Fifth Element about it, but this system is actually more in tune with the past than the future, as the tubes are part of the building's former life as a bank.

"There is so much opportunity in the city," Sam says. "You can open a bar in an alleyway or upstairs above a shop or whatever." And people are. Bars specialising in whiskey, craft beer and local wine have popped up in unlikely places and are almost always buzzing with crowds. A temporary structural solution is driving the retail industry: shipping container shopping. Re:START encouraged retailers to establish temporary spaces in shipping containers to grow their businesses. Located in Cashel Square, Re:START has been one of Christchurch's biggest successes. (It's also home to Dimitri's, possibly the best souvlaki in the South Island.)

In addition to what's happening in the city centre, retail has found an unlikely home-away-from-home in the industrial side of town. Ten minutes drive from the CBD in Woolston, an old tannery has become the new home of Christchurch's boutique designers and retailers. After owning the site for near on 20 years, Alasdair Cassels was able to redevelop the space into an arcade-like shopping mall, aptly dubbed The Tannery. Giving designers a place to create and sell their wares, The Tannery became a meeting place as well as a shopping destination — at a time when the city had nothing else like it. Colour flows through Christchurch in the form of street art. From almost any vantage point you're bound to be in viewing distance of at least two pieces of work, with murals painted on the sides of buildings both abandoned and inhabited and outdoor installations littered over disused blocks.

What's happened in Christchurch has shown that adversity exemplifies creativity. Seeing a way to breathe new life into the city, artists have used bare walls to redefine the mood and vision of the urban area. A mural painted We got the sunshine lights up Madras Street, a super-size Rhone portrait sits on one side of Cathedral Junction and local artist Wongi 'Freak' Wilson has left his mark all over town.

As well as this, 'Gap Filler' projects are placed all over the city, activating vacant spaces with interactive installations. Walking around, it's likely that you'll hear someone playing the drums (in the Sound Garden), see someone having a boogie in front of a washing machine (at the Dance-O-Mat) or sitting on a giant Astroturf couch. Once a super conservative city, Christchurch now thrives on new work that will continue to shape and develop with it. If you're an artist with a crazy idea, Christchurch is the one city that might just let you do it. 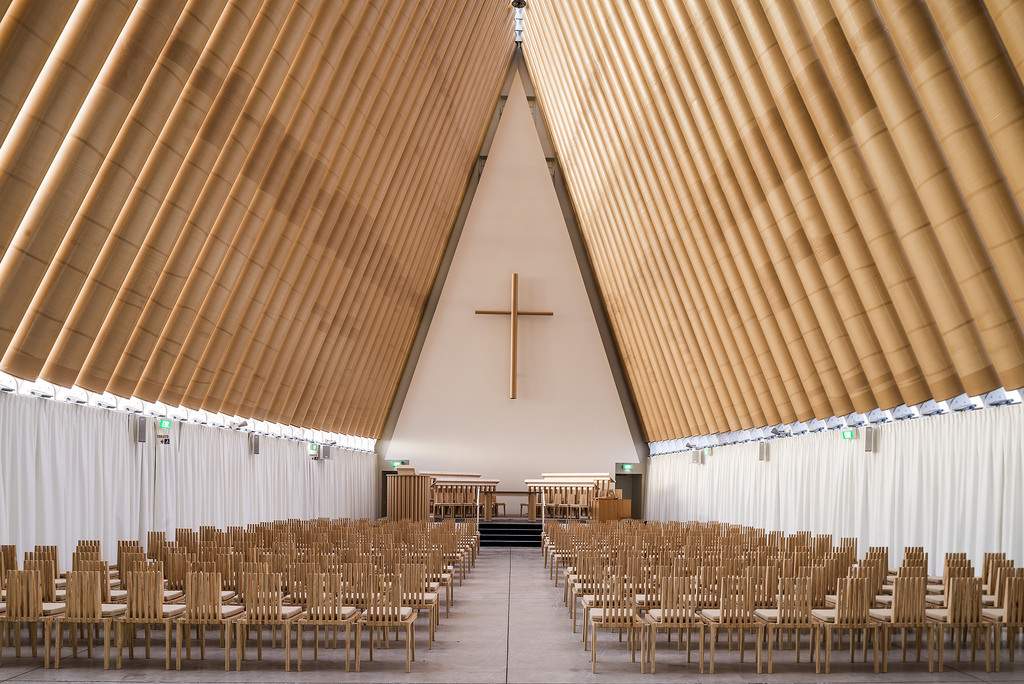 As well as Re:START, which can be moved at any time, the Cardboard Cathedral is an incredible example of how great transitional architecture can be. Erected as a place of worship by emergency architect Shigeru Ban, the structure is made largely from cardboard tubes and looks like a picture of perfect symmetry from the inside. It's temporary, but it's meant to last around 50 years.

But permanency is the ultimate goal, and plans for infrastructure and urban living are well underway. New Christchurch looks like it's going to be one hell of a city.