UPDATE: NOVEMBER 14, 2019 — Last month, Urbnsurf pumped out its first waves — and today, the first pro surfers rode them. That means the park is one step closer to its slated January 2020 opening. Memberships have also just gone on sale, if you're itching to get on the surf.

Landlocked surfers of Melbourne, rejoice — Australia's first surf park is finally makin' waves and one big step closer to opening. It's also a whole lot closer to the city than Torquay or the Peninsula.

Urbnsurf Melbourne will open in Tullamarine, near the airport, just 16-kilometres north of the CBD. Plans for the park first surfaced way back in 2016 and, while the team was initially hoping for a spring opening, Urbnsurf is set to open its doors to the public this summer.

And today, the two-hectare space, has started to pump out its first waves. It's just testing things out at the moment, but when running at its full potential, it'll power up to 1000 waves per hour, day and night. And you'll get a choice of waves. Want to ride nothing but perfectly-formed right-handers for an hour? Or would you prefer a random selection, like what you'd experience in the ocean? You'll be able to take your pick. According to Urbnsurf founder Andrew Ross, "every wave has six different take-off spots", which equates to 3600 surfable positions every hour.

The ability to create waves means that the park is built for both pros who are looking for steep, barrelling waves and novices looking for a safe place to get their start in the surf. At Urbnsurf, Ross predicts, most novices will stand on their board within an hour and ride across the green face within two. And not only will you get guaranteed waves — you won't be fighting for them. The park holds 84 riders per hour. And, should you get seriously hooked, you'll be able to enter amateur competitions, maybe with (or against) your mates. 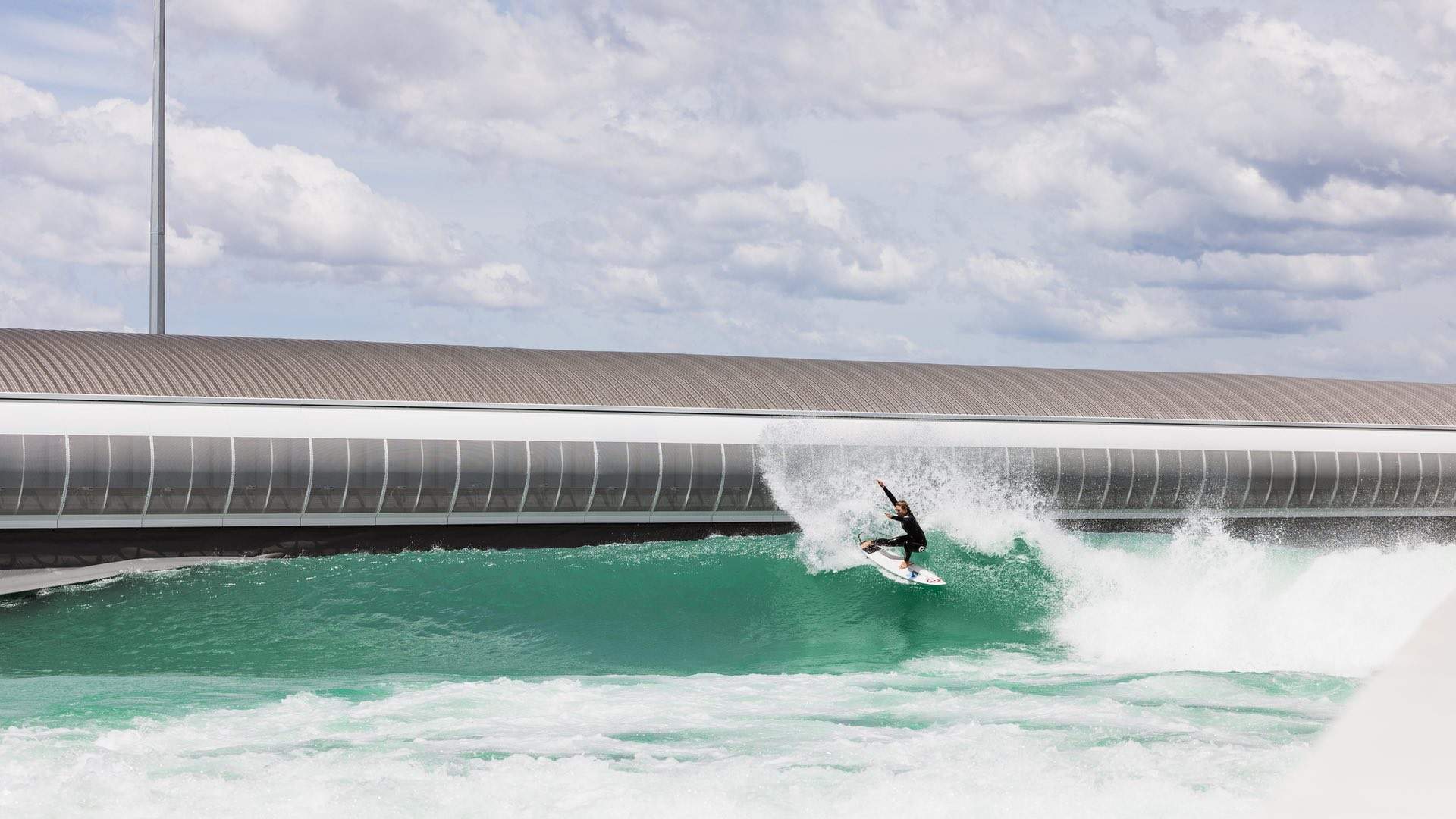 To kick things off, Urbnsurf has started to test out a few different wave types, including the Malibu, which is perfect for beginners, the intermediate-appropriate Turns and the Tubos — steep, barrelling waves for all you expert surfers out there. Also on the testing lineup are Giros I and Giros II, described as "performance turn waves" perfect for those wanting to carve and cutback.

So how does it manage to create all these waves? Basically, they come from an 85-metre pier that runs down the centre of the lagoon. A series of pistons located on the pier then push the water to the left, then to the right, to create the waves. Ross likens the movement to "moving your hand back and forward like a shark's tail".

If you need a break between sessions on the water, Urbnsurf will also be home to hot tubs, beach cabanas and a new two-storey restaurant by the owners of Sydney's Three Blue Ducks. And it's hoping to host a heap of live gigs, art shows and cultural experiences, too.

Urbnsurf is due to open in January 2020 near Melbourne Airport. You can still sign up to test out the surf park before it opens on the website — but get in quick.