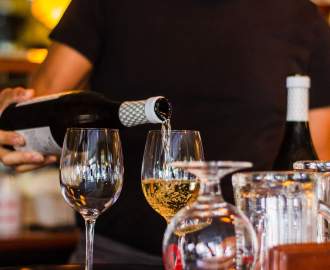 This stunning concert documentary finally makes its way to the big screen — 47 years after it was shot.

This stunning concert documentary finally makes its way to the big screen — 47 years after it was shot.

In January of 1972, Aretha Franklin walked into Los Angeles' New Temple Missionary Baptist Church, stood in front of Reverend James Cleveland and the Southern California Community Choir, and started singing. For two nights, she turned a place of Christian worship into somewhere heavenly for everyone — because you don't need to have faith to recognise a transcendent experience. Those lucky enough to be there, including Mick Jagger and Rolling Stones' drummer Charlie Watts on the second evening, were understandably ecstatic. As the Queen of Soul recorded her latest gospel album, the crowd sang and cheered, with many moved to tears. And, for nearly half a century, their joy was the stuff of legend. Music fans, even those who don't consider themselves aficionados of the genre or who weren't yet born, have long wished they could've been there

That envy wasn't just sparked by stories, or by the success of Franklin's resulting album, which is still the biggest-selling disc across her entire recording career. In addition, it stemmed from wondering what could've been. As the two shows left attendees rapturous, filmmaker Sydney Pollack recorded the whole thing with the intention of turning it into a documentary, however technical problems and legal issues got in his way. After 47 years and a lot of wrangling, the concert doco now exists. It's a case of better late than never, obviously. An exceptional film, as well as a hefty reminder about the importance of following standard filmmaking procedures (Pollack didn't use clapperboards while he was shooting, making it immensely difficult to synchronise his audio and visuals), Amazing Grace was definitely worth the wait.

Directed by Pollack but brought to completion in the years after his 2008 death by editor Alan Elliott, this is a concert doco of the highest order. For the first time, the entire world can watch one of the finest performances by one of the finest singers ever to unleash their vocal cords — and understand why Franklin, this record and the shows it sprang from are all so revered. There's nothing quite like seeing someone at their very best, which Amazing Grace firmly demonstrates. And yet, the movie's power runs much deeper. This is a snapshot of collective reverence, respect and euphoria, radiating from Franklin's passionate gaze, floating through the air with her melodious voice and infecting everyone in earshot. Solely focusing on its star and those in the room with her, it's a portrait not just of two memorable gigs, but of the way that great art transforms those making and witnessing it.

The act of peering intimately at Franklin, who manages to seem both serene and determined whether she's holding a prolonged note or taking a moment's pause, is truly one of bearing witness. So too is seeing the effect that she has on her audience when she's belting out a tune (when she's not singing, she barely says a word). To appreciate all of the above requires something that every concert demands, yet is becoming all too rare, especially with today's gig-goers increasingly filming on their phones first and watching the show in front of them second. Amazing Grace is a testament to many things, including Franklin and her prodigious talent, a community not often seen on-screen, and the perseverance required to actually get this movie into theatres — but it also proves an ode to simply being in the moment.

When you're so lost in what you're doing that nothing else matters: that's what Amazing Grace immortalises. The world around Franklin and her on-lookers could've completely disappeared and no one would've have noticed — not the charming Reverend Cleveland, who emcees the proceedings; not her father CL Franklin, who kicks off the second night with a few words; and not even Pollack, who is sometimes spotted flitting around the church. Capturing this is one thing; conveying it to Amazing Grace's viewers and making them feel the same way is another entirely. Both feats are achieved here, perhaps never more so than when Franklin unfurls all 11 minutes of the documentary's titular track. How sweet the sound — and sight, and experience — indeed.