Burgers, beers and plenty of pies are on the docket.

Burgers, beers and plenty of pies are on the docket.

In true 2020 fashion, AFL Grand Final celebrations are set to look very different this time around. The game itself has been shipped interstate, the pubs are closed and even the classic backyard barbecue with mates is a no go. But that doesn't mean you need to let Saturday, October 24 pass without indulging in a proper footy feast, worthy of Melbourne's famous sporting clash.

Diehard footy fan or not, there's no better time of year for some pub grub and finger food, matched with a few bevvies and scoffed in front of the telly. To save you from kitchen duty, we've found a stack of finals-friendly food and drink bundles, most of which you can get delivered to your door. And, of course, there are plenty of pies in the mix. Dust off that merch and elevate your at-home Grand Final experience with these eight footy packs. 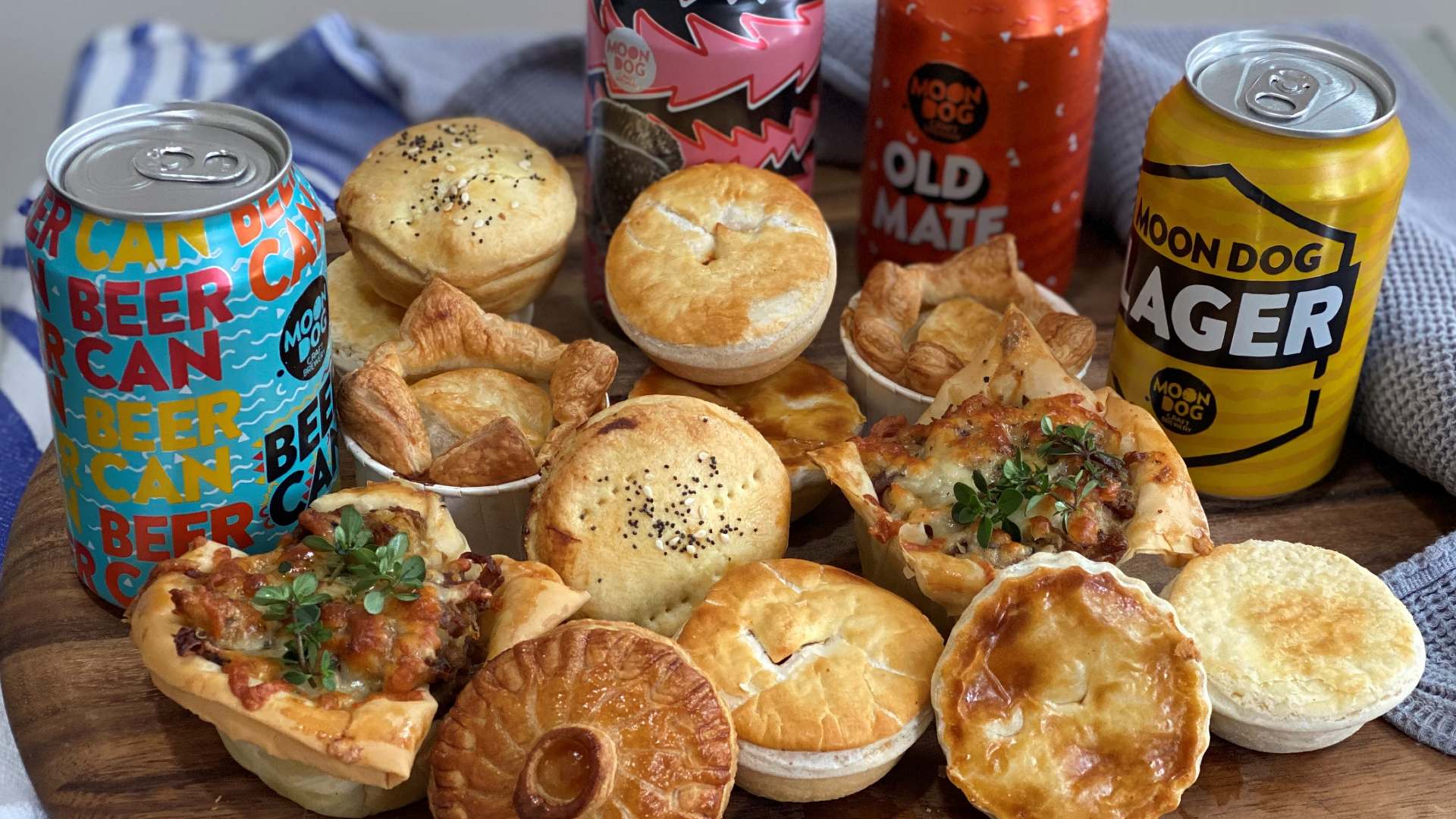 Those game day pie cravings are in solid hands with this limited-edition pack from the Prahran Market and Moon Dog Brewery, celebrating that time-honoured footy pairing of hot pies and cold beer. Seven market vendors have each created their own signature party pie for the occasion, with inventive fillings ranging from lamb kofta to peking duck. The $55 pack comes loaded with 13 ready-to-heat pies, as well as a mixed four-pack of Moon Dog brews and a mini Sherrin footy. It also comes with tasting notes and the option to experience a virtual pie tasting session. Graze your way through Grand Final Day with the Ultimate Footy Feed selection from Australian Venue Co's new at-home menu. The pub group's chefs have dreamt up a roll-call of reimagined footy snacks, which you can have delivered straight to your door on October 23 (Grand Final Eve) for an easy $5 fee. Choose six snack dishes for $30, or eight options for $45, and get ready to sink your teeth into creative bites like boozy barbecue sausage rolls, ramen-fried chicken nuggets, and lobster mac 'n' cheese bites matched with truffle mayo. Orders close at noon this Thursday, October 22, so don't muck around.

Can't fathom a footy final without some form of pie? Well, there'll be no Four'N Twenty pastries scoffed at the 'G this year, but Footscray pie shop Pie Thief and craft brewery Hop Nation have teamed up to deliver the next best thing. The duo's new Game Day bundles come in either six- or 12-pack form ($45/80), matching a selection of mini pies with signature Hop Nation brews and tinnies from their newly launched seltzer range, 'Ray. Get excited for pie varieties like chunky steak and spag bol, paired with drops like The Chop IPA, The Damned pilsner and summery peach seltzer. Deliveries will be running to a bunch of central and western postcodes on October 21 and 22, so that your fridge is all stocked come game day. 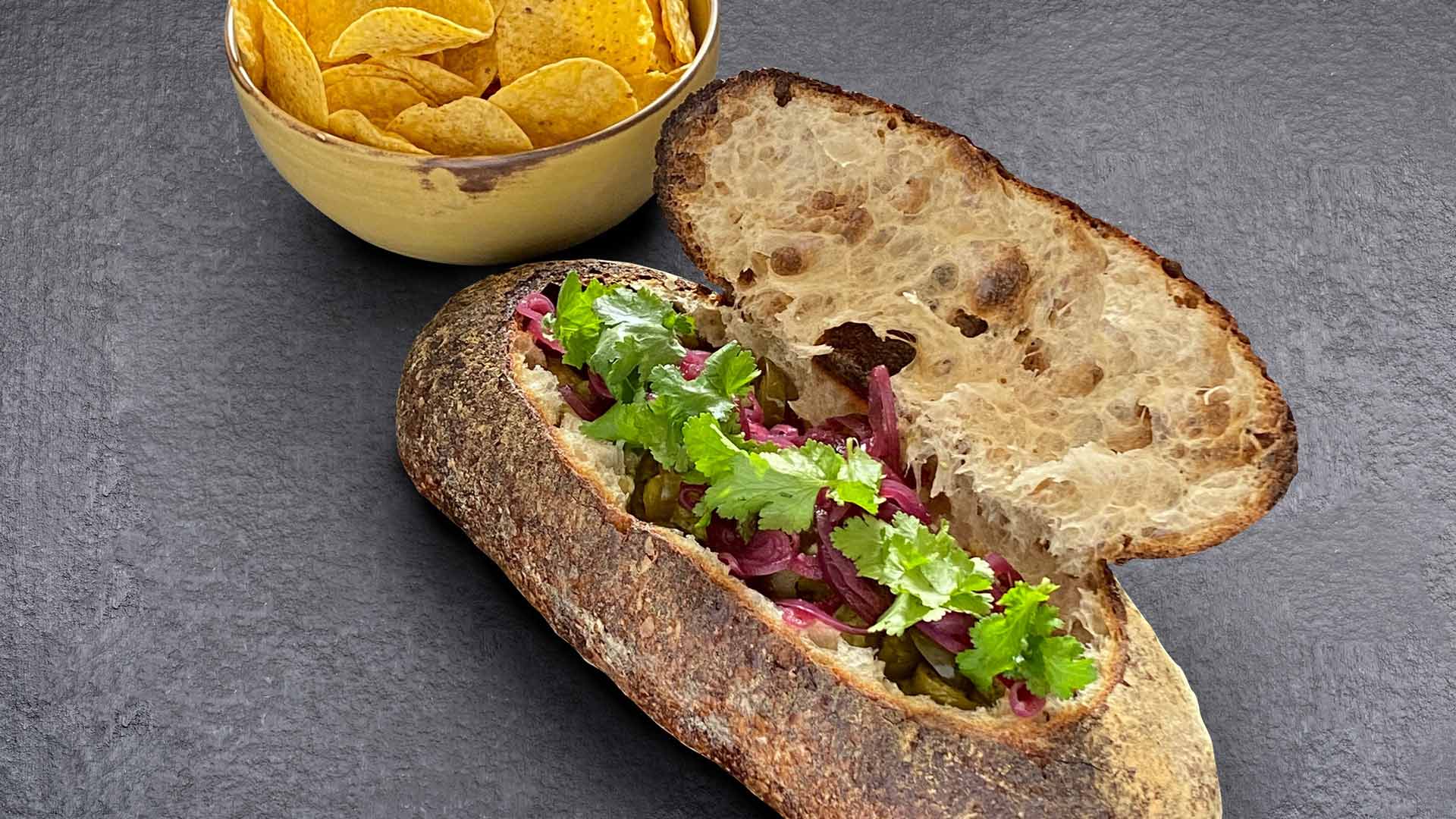 Yep, even Ben Shewry's fine dining icon Attica is getting into the Grand Final spirit. The Ripponlea restaurant is shaking things up with a special at-home offering available only on October 23 and 24 — a family-friendly nacho-style footy loaf. For $85, you will get to enjoy a feast Shewry's own kids have labelled their "favourite ever Attica meal", starring a full loaf of bread with a swag of accompaniments for dipping, ripping and/or filling as you see fit. There's a rich beef and black bean chilli, corn chips, jalapeños, guacamole, pepperberry pickled onions and two varieties of sour cream. It's all available for pickup, or delivery to select suburbs, with pre-orders open now. The pizza maestros at 400 Gradi are slinging not one, but three different AFL Grand Final packs, catering to the full range of footy feasting preferences. You can opt for a grazing-style combination of cheese and prosecco ($70), or go for gold with one of the group-friendly spreads, featuring salumi, pizza, focaccia, a full lamb shoulder, tiramisu and more. Each pack is designed for two, but if you want to upsize, you'll find plenty of choice add-ons available in 400 Gradi's online food store. Delivery's available all across the state, with fees varying depending on how far out you are. Just be sure to get your pre-order in before the October 21 cut-off. Promising to lend a little South American flair to the footy finals experience is the new limited-edition party pack from the San Telmo Group. One of three bundles created in collaboration with the folks from Future Mountain Brewing, this should answer all your food and drink cravings. You'll score a one-litre serve of Future Mountain beer — perhaps the old-world farmhouse ale or an oak-aged golden sour — along with a lineup of Argentinian eats ready to heat and eat. We're talking empanadas, cured meats, chimichurri and a couple of classic choripan (chorizo rolls). You can pick up your feast from one of three locations, otherwise delivery is available to select suburbs near the Reservoir brewery. Easey's kitchen residency at The Emerson means good things for any southsider with a burger craving this finals season. The pair is dishing up three different Bubble Packs, perfect for devouring in front of the telly while cheering on your team. There's a solo pack featuring a cheeseburger and a couple of cans of Splash vodka ($29), and a two-person bundle packed with two of Easey's signatures and a celebratory one-litre cocktail serve ($79). Need a footy feast for four? You'll also find a $99 family pack in the mix, loaded with four burgers and a four-pack of Splash. All three options are available daily from noon till 7.30pm, though you'll have to pick-up from the venue.