This culinary favourite finally makes an IRL comeback in 2022, serving up its hawker-style dishes to wrap up spring.

For the past couple of years, Melbourne's food calendar has had a hefty gap where the Night Noodle Markets usually sit, with its smoky scents and the happy sounds of people feasting on a menu of Asian delights both absent from Birrarung Marr. We all know the reason, but thankfully 2022 will finally buck the trend — because, after an at-home version in 2021, the food festival is set to return IRL this November.

Mark Thursday, November 10–Sunday, November 27 in your diary, and get ready to spend 18 spring nights tucking into a range of street food bites from hawker-style stalls. As well as confirming its return, the Night Noodle Markets has also unveiled some of its stallholders, all serving up delicious dishes to fill hungry Melbourne stomachs. 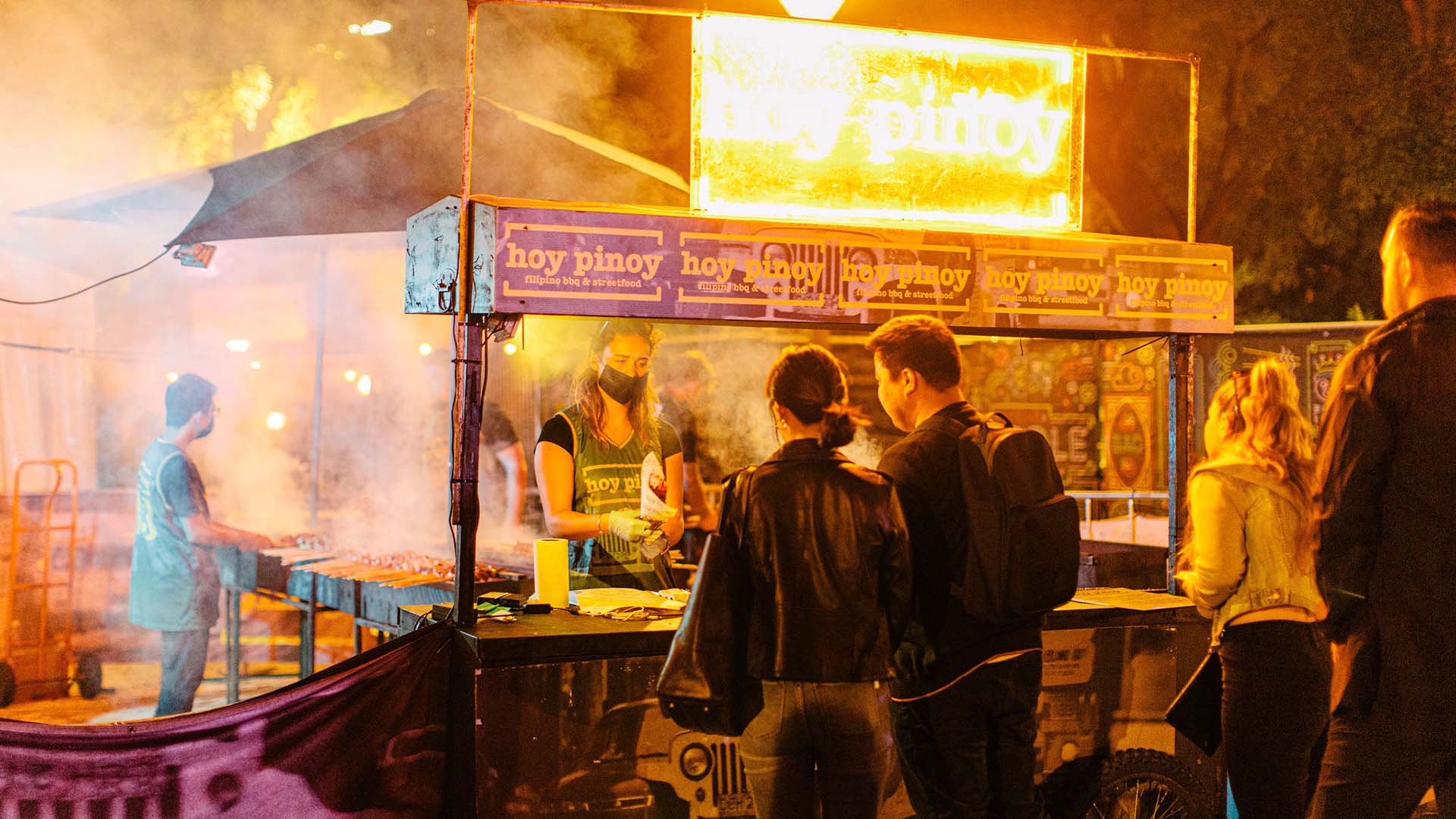 On the list: perennial favourites Hoy Pinoy, Flying Noodles, May's Malaysian Hawker, Wonderbao, Gelato Messina and Twistto, mainstays of the Night Noodle Markets' tours around the country. So, that means you'll be tucking into everything from noodles and dumplings to bao and desserts, spanning options from local, interstate and nationwide eateries — and also including vegan, vegetarian, gluten-free and Halal options.

Also setting up shop for this year is Brendan Pang's West Australian dumpling spot Bumplings, courtesy of a Mazda x Bumplings stall. Due to the Mazda part, the dumplings will be paired with am exclusive Soul Red Crystal sauce that's inspired by Mazda's red body colour. Windsor's My Miyagi will serve up a bespoke Japanese menu, too, while Calabang's calamari, Bangkok Street Food's Thai wares and Roll Up's roti rolls are also on the lineup — with more stallholders still be be revealed.

On the drinks list, there'll be a Stomping Ground Brewing Co beer garden, a Cointreau margarita kombi bar, an Aperol spritz spot and a Rekorderlig cider dome. Plus, you can get sipping without the future hangover at the Dan Murphy's Zero% Bar — following on from the bottle-o chain's alcohol-free Melbourne venue, and only serving up non-boozy beverages. Live entertainment and lion dances will go along with all of those stalls and pop-ups serving bites to eat and beverages to knock back. And, you'll be able to bring your pets along as well — there'll even be doggy noodle boxes for them to enjoy.

The markets will be open from 5–9pm Monday–Tuesday, 5–10pm Wednesday–Thursday, 5–11pm on Fridays, 4–10pm Saturdays and 4–9pm on Sundays, giving you ample chances to head by.