The Ten Best Lighthouses To Visit Near Melbourne

The Ten Best Lighthouses To Visit Near Melbourne

Lighthouses have been the guiding beacon of lonely seas for centuries. Although nowadays we are blessed with GPS technology and automated glowing lights, these romantic towers guided fisherman, shabby sailors and new migrants safely to the rocky shores around Melbourne, a city which was then only just finding its feet.

Visiting and climbing the steep spiralling staircases of these historical lighthouses is a romantic and windy experience that is best combined with a picnic or some quality local fish and chips on the lookout or a nearby beach. Here are ten of the best to visit around Melbourne. Need a little bit of light in your life? How about a beacon of hope? Sending glowing rays out into the ocean off the Great Ocean Road, the Cape Otway Lightstation was the first thing migrants saw when arriving in Australia. The oldest lighthouse on the grizzly-looking cliffs on the mainland, the lighthouse is also a choice whale watching spot, conveniently located on the migration path of 20 types of whales. Koalas are also known to roam these parts. What's this? A black lighthouse? Yes, they exist — but only as a minority. The Queenscliff High Light is one of only three black lighthouses in the world. It stands together with the white Queenscliff Low Light to guide ships into the entrance of Port Phillip Bay. After having fish and chips in town, take a squiz at these majestic constructions at Fort Queenscliff. Navigating the turbulent washing machine on high-speed seas over the Bass Strait was made easier in the 1800s by this joyous octagonal structure. Close to Wilsons Prom and nestled between Waratah and Venus Bays, visiting Cape Liptrap Lighthouse also means you can take a stroll along the sandy beaches, swim in the ocean or stay for a few nights at one of the nice little bush camps. Behold the tallest lighthouse on mainland Victoria! This 34-metre steel tower of a beast with 120 spiral steps lives on the foreshore reserve at McRae, between Dromana and Rosebud. No longer operating (but forever in our hearts as one of the best of its time), the Eastern Lighthouse guided ships on the South Channel on the eastern side of Port Phillip Bay. These days, you can stay at the McCrae Lighthouse Retreat and take in its magnificence from your dwelling. 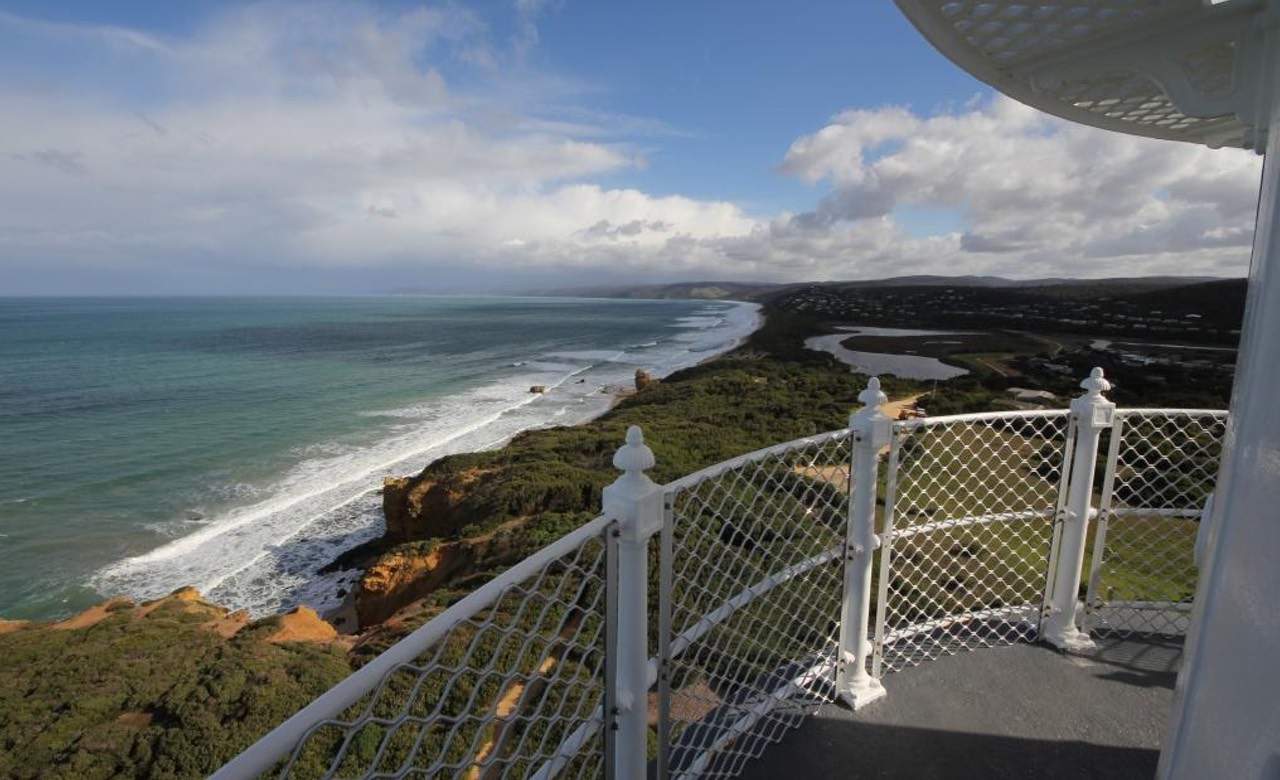 Have you ever, ever felt like this? Yes, finally, here is the lighthouse of our childhoods. Known to some as Spilt Point, but to many others as the 'White Queen', this popular tourist mecca in Aireys Inlet is the lighthouse from every '90s kid's favourite show, Round the Twist. Prior to its TV fame, the lighthouse prevented shipwrecks along the coast, where ten occurred. Now, it's great for 360 degree views of the Great Ocean Road area and offers tours for Round the Twist fans. These two red and white lighthouses, still in working order, sit side by side atop of the historic Flagstaff Hill Maritime Village in Warrnambool. As well as directing ships, these twin lighthouses have overlooked the building of the Garrison and cannons — a response to the perceived threat of foreign forces to the British Empire in 1880. Although the cannons still work, these days, the lighthouses are more of a relaxing lookout spot for tourists. 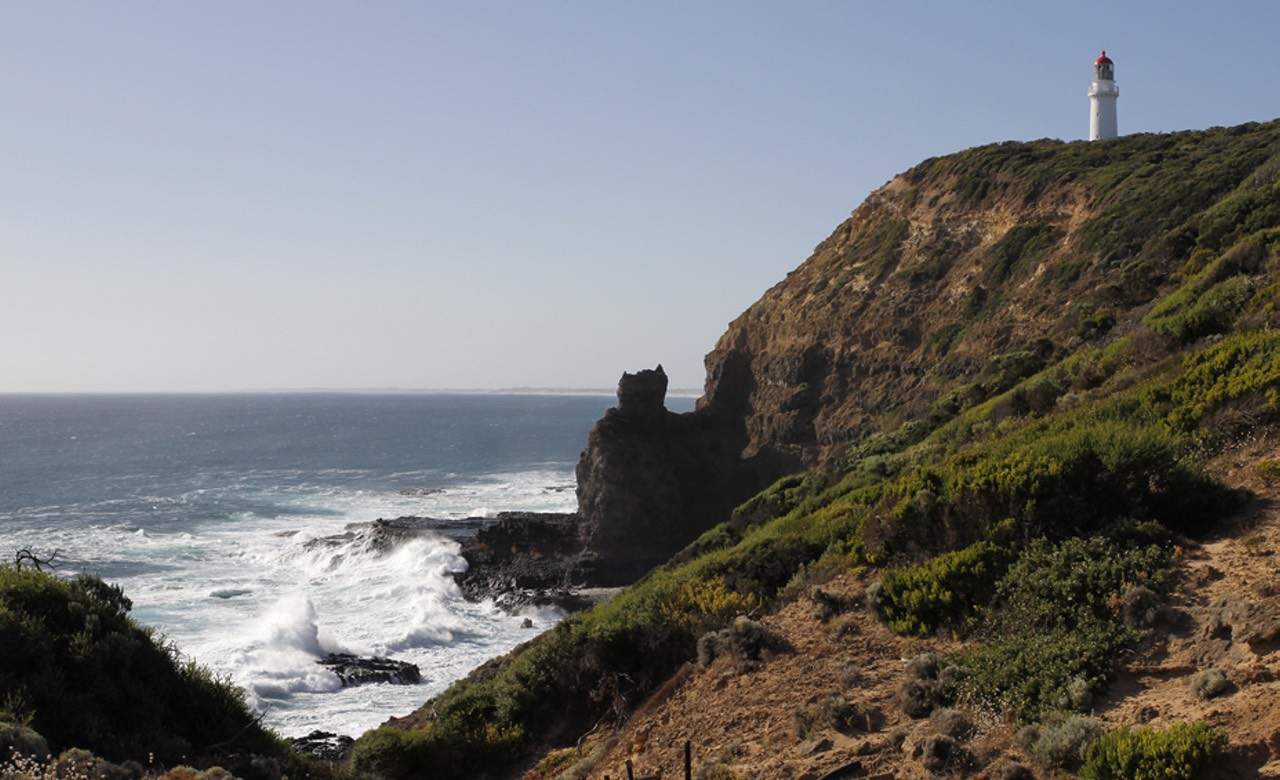 They say good things come to those who wait. And Cape Schanck knows that better than anyone — they waited a good long 18 years before this limestone baby was built. Praised by lighthouse enthusiasts as one of the best original lighthouses, it's a beaut history lesson and glimpse into the life of a keeper with the on-site museum. Look at old relics and abandon the wistful dream of light keeping — the poor sap had to the rewind the lamp every hour on the hour 24 hours a day, seven days days a week. If you fancy strapping on all your food and camping gear for a steep stroll from Tidal River and heading into the native wilderness for 18 kilometres, you'll discover the most southerly (and most remote) lighthouse in Australia. The Wilsons Promontory Lightstation is a granite tower with three keeper's cottages (which can be booked for accommodation) close by. The spectacular view over the coastline is ideal for spotting seals. In 1770, Captain Cook wrote in his diary: "With the first daylight this morn the land was seen, it made in sloping hill covered in part with trees and bushes, but interspersed with large tracts of sand." He was writing of Point Hicks, which, located in the rugged beauty of Crajingolong National Park, is now known historically as Cook's first landfall in Australia. The lighthouse marks the spot of where the Endeavour came to shore. The surrounding land is untouched and unchanged, and looks as it did hundreds of years ago. Isolation and ancient beauty doesn't come easy though — it's over four hours drive to the national park from Melbourne and some bush bashing in your car may be involved. What exactly is a timeball? Is it a futuristic device created by our ancestors to predict the apocalypse? This doomsday-esque tower sits in the southwestern Melbourne pocket of Williamstown. Originally built for use as a lighthouse in 1849, the structure was later used as a timeball tower from 1861 to 1926, where the ball dropped every day at 1pm to allow shipmasters anchored offshore to correct their chronometers. What is a shipmaster? And what is a chronometer? It's all very mysterious.