A Budgeter's Guide to Travelling Around Scandinavia

Travel to one of the world's most expensive regions without draining your wallet. Yes, it's possible.

If it's a challenge you seek, try travelling the depths of Scandinavia on a budget. Many are deterred from visiting the region based on how expensive it's known to be, but we're here to tell you that even the most frugal person who dreams of traversing these extrafjordinary countries can make it happen. And it's hella worth it.

Travelling through Norway, Sweden, Denmark and Finland is never going to be as budget-friendly as backpacking around Southeast Asia, but there are always ways to cut down on expenditure — whether it's kayaking down a fjord, teaching yourself Swedish or eating Norwegian hot dogs for every meal. Here are our top tips. 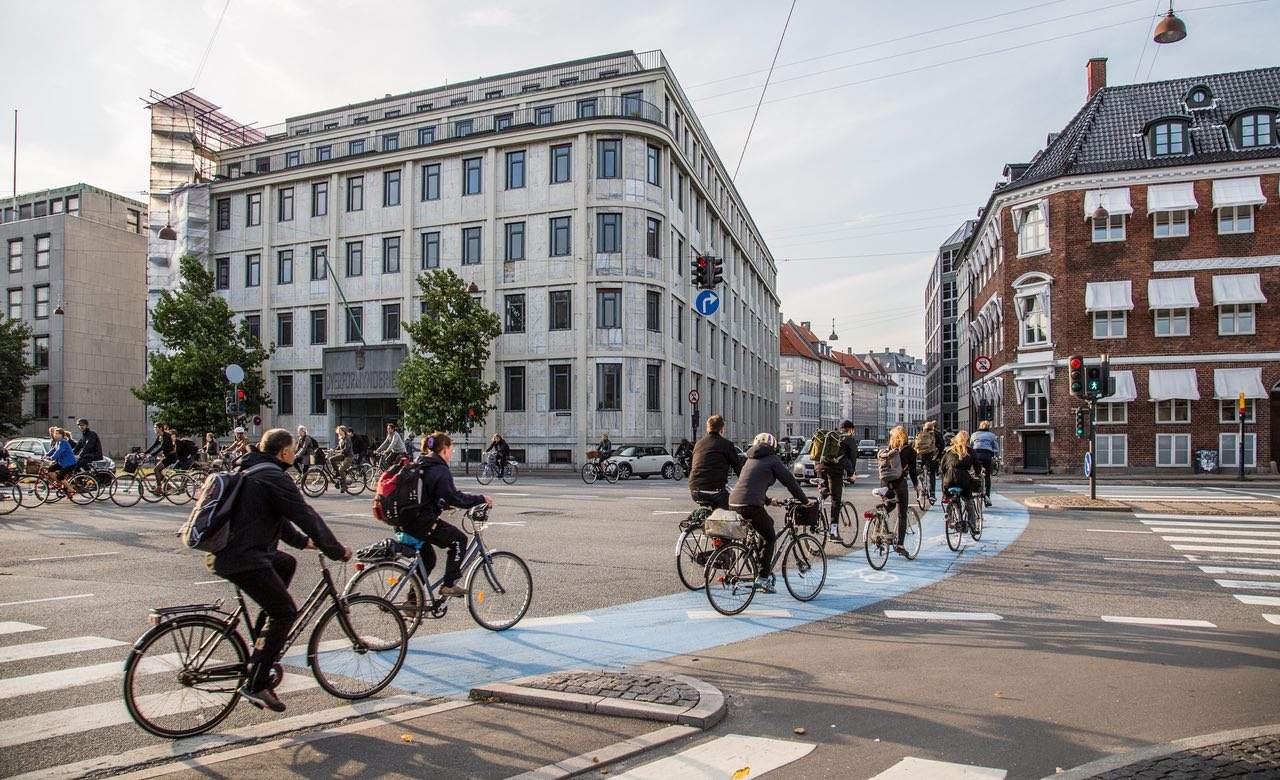 GET ON YER BIKE

Well, someone else's bike. Public transport tickets in Scandinavian countries pummel the wallet. A two-hour bus ticket in Oslo or Copenhagen will cost you about AUD$20. Instead, hire a bike. You can find them for as low as AUD$40 a day.

These cities are seriously built for cycling; in Copenhagen bikes outnumber cars, and it's unrivalled as the world's best city for cycling, with endless and impeccable bike lanes and parking. If you're staying in an Airbnb, don't be afraid to ask if your host has a bike you can borrow — just give them a little extra cash for it. Most of the time, hostels are more expensive than renting an Airbnb. Even the cheapest of Airbnb's are great alternatives — Scandinavians have an embedded sense of style, so most apartments are a pleasure to stay in. From our experience, they're often decked out with chic furniture and kitchen utensils you never knew existed.

If staying in an actual building is too mainstream for you, try a 'botel' (a boat converted into a hotel). The canals of Stockholm's Södermalm are lined with long budget-friendly botels such as The Red Boat and Mälardrottningen. MAKE USE OF THE NATURAL WATERWAYS

Mother Nature favoured Scandinavia with plunging fjords and glistening lakes — and they're totally free to swim in. You don't need to be in the countryside to find these either — salvation by H20 can also be found in the big cities. Stockholm's canals, amazingly, are clean enough to swim in. Notable spots include Långholmen and Liljeholmsviken.

Oslo's city centre has a fjord at its doorstep, and in the summer people flock to Tjuvholmen, a small beach located near the Opera House for their dose of refreshment. WHEN IN NORWAY, GO COUNTRY

To travel to the fjord-packed lands of Norway ignites something in everyone. Don't be surprised if you spot seven waterfalls at once, or are startled by a gang of elk galloping by. Getting to the countryside may not be cheap, but you'll find yourself immediately inspired. Even if you're not usually a hiker, you'll get into it here.

Norway, Sweden and Finland also have this nifty little law known as 'the freedom to roam', which guarantees everyone's right to access uncultivated lands. This means you can virtually camp anywhere that isn't classified as private property. So buy yourself a tent and get going. Sure, this is a little risky. But if you book a ticket in English, chances are the price will rise. It's the equivalent to waving your arms around screaming 'hi, I'm a tourist, exploit me!'. For instance, booking an overnight ferry on Hurtigruten from Norway's iconic Lofoten Islands up to the northern city of Tromsø will cost you about $350 if you book in English. Ain't no one got money like that for one night in a pitch black cabin with no window — even Jack had it better on the Titanic. Book in Norwegian, and you'll save about $150.

You'll find that Scandinavian languages have some level of mutual intelligibility with English. But if you're still not 100 percent sure, ask a local to assist you. CHOOSE A KAYAK OVER A DAY CRUISE

Kayaking is significantly cheaper than day cruises of fjords and canals. You'll see the same thing — and arguably more — on a kayak. Plus, it's an opportunity to work off all that softis (an addictive Norwegian soft serve ice-cream) you guzzled down the day before. Food in these countries is notoriously expensive, and if you're eating out, it adds up quickly. And while you should save some moolah to tuck into a few local delicacies — Swedish meatballs, anyone? — native food isn't really the region's strong point, so you won't be missing out on too much. Cook at every chance you get. Aldi, Rema 1000, Coop and Netto are a few supermarkets look out for.

Speaking of groceries, buy them in Denmark and take them overseas. 'Don't leave without going to the supermarket!' is a common phrase for Danish people leaving the country to hear. Denmark's goods are significantly cheaper than anywhere else, so stock up before moving on. 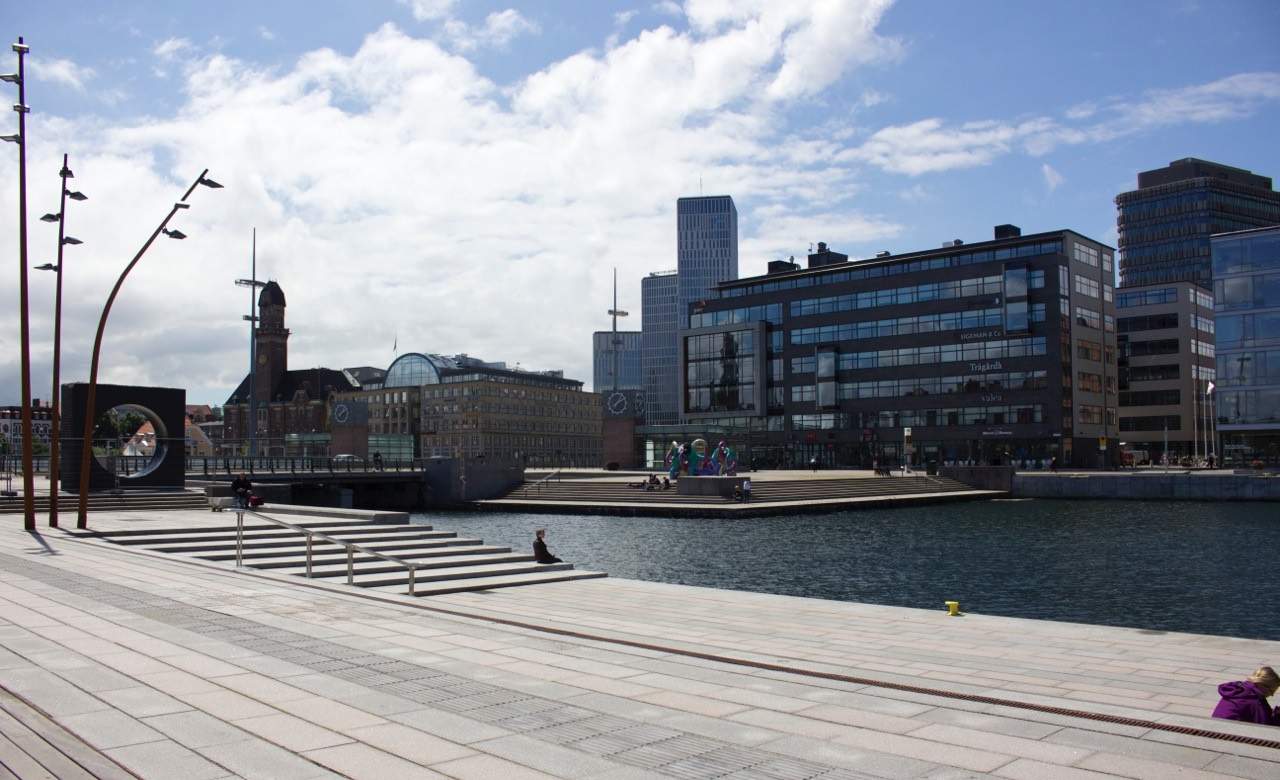 Malmö is Sweden's cosmopolitan underdog. It's the country's third largest city and has too much to offer. Firstly, going there after spending some time in Stockholm is totally relieving on the money front. Secondly, it's plump with modern museums, medieval buildings and stunning parks — you'll never be bored. And thirdly, the city is made up of 150 ethnicities, meaning the variety of cuisines on offer is extensive. You'll find Middle Eastern wraps almost every 300 metres, as well as your breakfast croissants and baguettes.

It's also a great point of access to Copenhagen. All it takes is a 25-minute train ride over the Øresund Bridge to cross countries. MAKE USE OF IKEA

Yes, we're serious. Among the many amazing things to come out of Sweden is the glorious adult's playground, IKEA. The store offers a free shuttle bus from Stockholm's city centre, where you can indulge in a meal of Swedish meatballs topped with lingonberry, gravy and complemented with mash potato, all for a whopping AUD$6. Cheap, tasty, everywhere. Top it with some sprøstekt løk (Norwegian dried onion flakes) and you'll be laughing. And totally satisfied. FIND FREE ACTIVITIES (YES, THERE ARE SOME)

Scandinavia has no shortage of insane buildings — there's enough to impress the biggest design aficionado you know, right down to those with no interest in architecture at all. You could spend hours waltzing around Oslo's iconic Opera House, or visiting Holmenkollen, one of the city's old ski jumps that has been converted into a museum. That's among endless design, naval, and Viking museums scattered around each country. The joys of being a student. If you're lucky enough to still be one, you can get discounts on selected transport tickets, museum tickets and more. An International Student Identity Card (ISIC) will be accepted at most places, but others will accept your university student card if you're lucky.

Caterina Hrysomallis is a food and travel writer based in Melbourne, and is pretty nifty with a budget. All photos are her own unless otherwise stated.

Published on January 05, 2017 by Caterina Hrysomallis