Sweden has a lot going on for a small country shrouded in darkness and snow for most of the year. Take a look around at the headliners of music festivals, at the clothes you’re wearing and the cider you’re drinking. You may have more in common with the sauna-loving nation than you’d think.

Here are ten elements that define Swedish cool, compiled by Laura Phillips, editor of Mr Wolf Magazine, the journal of Nordic style. Raised in Melbourne, she was lured to the north with a promise of attractive men and affordable smoked salmon. Launched in 1978 in response to Swedish school children experiencing back problems, the Kånken is as minimal in design as you get. It’s everything a backpack should be — nothing more, nothing less. The weight of the pack is distributed evenly, its handles make it easy to hold as a handbag, its one front pocket and single internal compartment allow you to organise your keys and your notebook respectively. The fabric, sourced from yacht sail manufacturers in Japan, shifts from crisp to soft and glossed over time, commonly remaining a faithful companion to a Swede for 40 or so years. If sweating naked in a room full of strangers before plunging into a pool of ice doesn’t sound like you, Sweden will change your mind. Surprisingly relaxing and without doubt refreshing, the sauna is the place to make friends and bond with your fellow Swede. Some saunas, such as the Bjärred Saltsjöbad in southern Sweden, add stunning waterside views and rooftop sun bathing platforms for your cleansing enjoyment. Forget the US, Sweden is the irrefutable capital of denim. For Swedes, denim is a way of life. No school uniforms and a year-round cool climate has nurtured a national attachment to jeans. It’s no wonder that the leading denim brands are all Swedish owned: H&M, Nudie Jeans, ACNE, Dr. Denim, to name a few. Weekday, responsible for the Cheap Monday label, has designed a jean for everyday of the week, perfect for the daily life of a Swede. Rekorderlig has captivated the globe with its cult of cider. Its tag line, 'Beautifully Swedish', has converted even the most staunch beer drinker and wine connoisseur to join the cider bandwagon. Savouring the feeling of fresh air, the woods and the comfortable welfare state, Rekorderlig (pronounced re-core-deer-lig) is the ideal accomplice for your induction into the Swedish way of life. 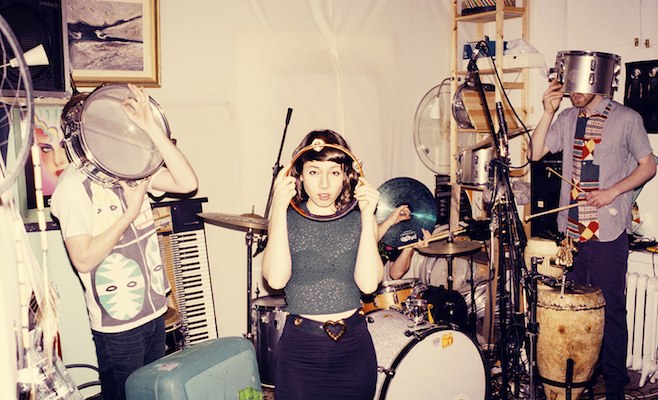 Sweden’s recent electro music success is enough to believe the likes of Lykke Li, Robyn, The Knife, Swedish House Mafia, Avicii, Adrian Lux and Rebecca & Fiona all hang out with each other, and swap industry tips over fika (see no.7). Groups such as Little Dragon, however, have developed an international following with records characterised by smoothly evocative lyrics. Their self-proclaimed ‘global sound’ is experimental and consistently enjoyable. Their latest album, Nubuma Rubberband, is absolutely worth a listen. Every August Sweden’s second biggest city, Gothenburg, plays host to Way Out West, a staple of the Scandinavian summer festival circuit. Swedes are lured outside by the warm weather to dance through the night, dress so well it hurts and keep ahead of the next international Swedish music sensation. How do Swedes function on winter days with two hours of sunshine? It’s all in the coffee. This is epitomised in the cultural establishment of fika (pronounced fee-ka). A Swede is known to fika multiple times in the day. It’s a ritual of sitting down with a coffee and a cinnamon bun to take a break and socialise with colleges, family and friends. The specialty coffee movement in Stockholm is elevating the quality of the standard cup in Sweden; Stockholm’s Johan & Nyström in particular offer patient education on the art of coffee. The only kind of acne you want all over you, the Swedish fashion retailer epitomises Swedish minimalism. From its block colours to its clean branding, ACNE sells the composed self-assurance at the essence of Swedish cool. ACNE makes no frills look good. With a legion of loyalists from New York to Melbourne willing to renounce all things obnoxious and studded in the name of Swedish design, it’s onto something. If in doubt, dress head to toe in black and paint your apartment white; you’ve got Swedish minimalism in the bag. If you could generalise contemporary Swedish architecture at all, an attachment to nature would be the common ingredient. To understand a Swede, you must appreciate a deep connection with the environment. Sweden’s seasons occupy both extremes. As well as the temperature, their year is dictated by serious variation in light, fluctuating between complete darkness in the north during winter and 24 hours on sunlight during the summer. The built environment hence must accommodate for the extremes and adjust for the inhabitants within. Using natural materials and neutral colours such as blond wood and white walls keeps interiors adaptive and simple, allowing the transition from outdoors in to be seamless. The Restauant Tusen at Ramundberget Ski Resport by Hans Murman Arkitekter is a magnificent example. A progressive approach to paternity leave is the cornerstone of Sweden’s culture of gender equality. The result: a lot of dads with prams. Strolling through Stockholm’s hipster haunt, Södermalm, the packs of fathers-with-child would drive the most cynical bachelor to jealousy. No wonder Sweden is in a baby boom.