Seven things you should know about the huge international sporting party hitting Sydney.

Sydney is arguably the sporting capital of Australia. It’s where the Socceroos won the Asian Cup last year, it’s the home of rugby league in Australia and who could forget that John Aloisi penalty at Sydney’s ANZ Stadium against Uruguay to take us to the World Cup? This February, Sydney's the centre of global sport action once again, with the Harbour city’s debut Rugby 7s event, Sydney 7s.

Not across the Rugby 7s? This isn’t your average game of rugby. If you’re familiar with rugby union, then you’ve got a good head start, but don’t fret if you’ve forgotten everything that punter at the pub told you during last year’s World Cup — or if you have no knowledge whatsoever of the sport. We’re going to start from scratch, compare the two where necessary and get you up-to-speed so you can act like quite the expert come game day.

So here’s seven things you need to know for the Sydney 7s, arriving on February 6 and 7. 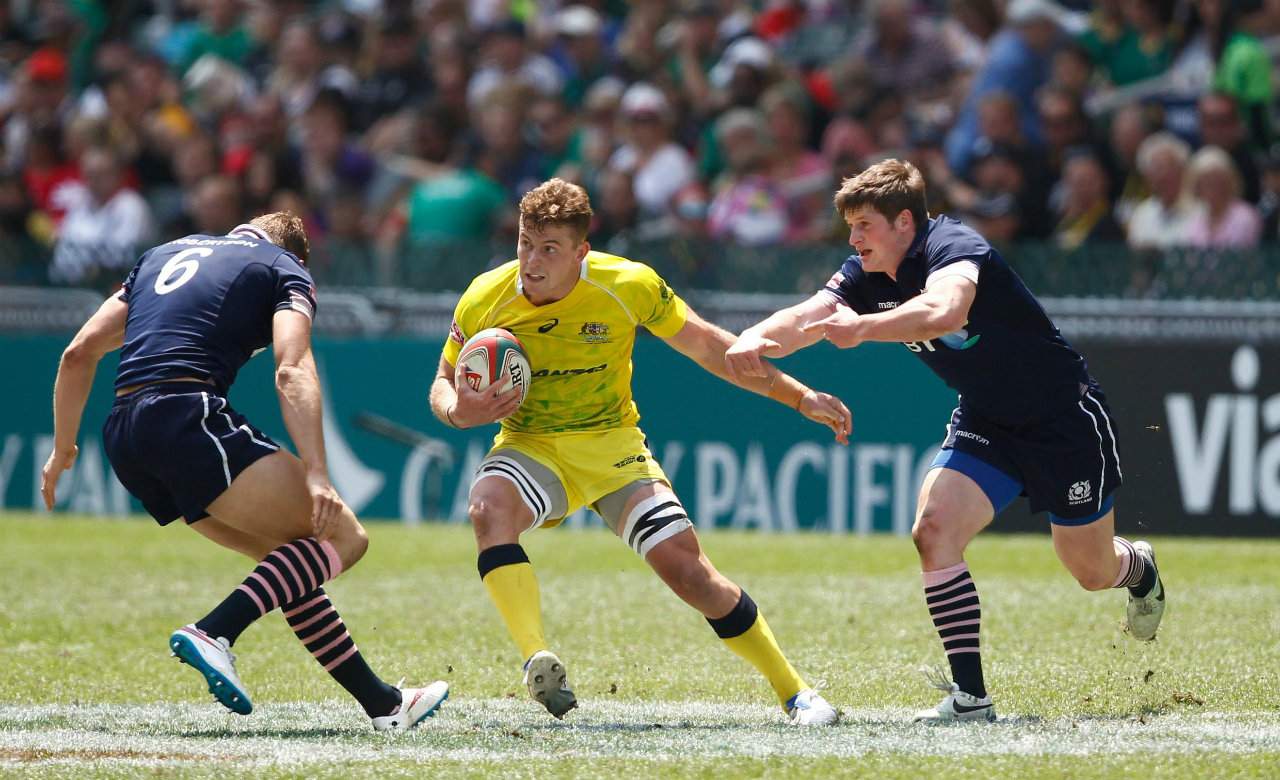 As you might have guessed, the number seven is pretty fundamental to the whole shebang. Let's break it down:

If you’re familiar with the rules of rugby, you can see that 7s borrows a lot from the game played in heaven but adds its own laws that serve one purpose: to keep the game fast and free flowing.

Rugby 7s is all about entertainment. With only seven players defending a full size field, side steppers, speed merchants and fitness freaks tear down the field and punish the slightest gap in a defence. The game is designed to allow scoring and demands it happens quickly. In fact, Sevens sees a try scored roughly every 70 seconds.

Plus you’ll get to see some of the fastest athletes in the world like Carlin Isles of the United States, who runs 100m in 10.13 seconds. Check out his highlights above. One thing's for sure, you won’t be caught twiddling your thumbs at the Sydney 7s. 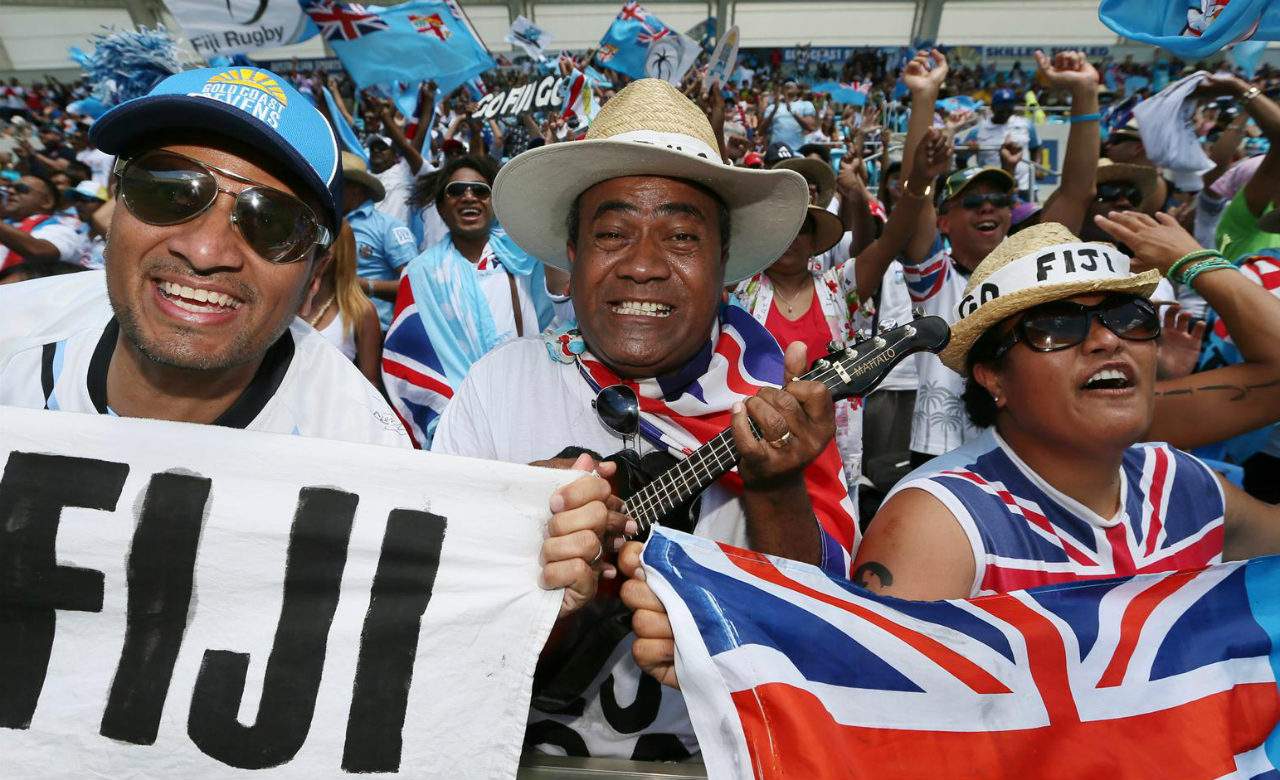 Whilst there is plenty of action on the field, there’s just as much for you to do off it. For you see, 7s is a global party famous for its mix of party and rugby action. And like all good parties, there’s a fancy dress theme. Sydney 7s’ theme: 'go global'.

To celebrate the international flavour of 7s, get into the spirit and dress as your favourite nation, no matter whether they are competing or not. Pull out your kilts or your Statue of Liberty costume but if you feel that’s too much, you can always wear your country’s jersey.

Make sure you wear something comfortable to dance around in though as there’s live music each night. Saturday sees The Veronicas perform live before The Hoodoo Gurus bust out their classics on the Sunday. Forgotten about The Veronicas? How could you, they’re 4ever. IT'S NOT YOUR REGULAR RUGBY CAST

One of the great things about 7s that contributes to the sport being such a worldwide phenomenon is that it doesn’t feature your regular cast of rugby heavyweights. I mean sure, Australia, New Zealand, South Africa and England feature. But there’s also Kenya, Portugal and the United States of America. Joining these seven nations in Sydney are the current world champions Fiji, alongside Argentina, Canada, Fiji, France, Japan, Russia, Samoa, Scotland and Wales. Importantly, Australia and England have never had their hands on the World Series trophy (there's a lovely little fact that'll really piss off hardcore Aussie and UK supporters, use at your own peril).

So why are Kenya suited to playing 7s when you never hear about them in rugby union spheres? Well remember, 7s is tailor made for fit and speedy athletes. If you get a bit of open space to run into, well, just look at the winners of most long-distance events at the Olympics and you’ll understand why Kenya are involved in 7s. SEVENS IS AN OLYMPIC SPORT IN 2016

That’s right, 7s is heading to Rio for both men and women and with the Olympics just over six months away, Sydney 7s has become an audition to become an Olympian, with all but one of the qualified nations playing in this tournament.

This Olympic carrot has been crucial for the growth of the sport, with a 120 percent increase in global rugby participation since 2009 (when the IOC announced it was returning as an Olympic sport). This rise in competition for spots has resulted in the skills skyrocketing and also attracted some of the big names of world rugby — Sonny Bill Williams has signed on for 2016 and already claimed that it’s the toughest training he’s ever undertaken. With an average of just 70 seconds between each try, you can’t turn away from the field for a second. For example, in 2013 with three minutes to go in the match, the United States led New Zealand 19-5. The All Blacks then marched down the field three times for three converted tries inside three minutes, scoring after the siren to overrun the US and win 26-19. They were incredible scenes and hopefully they’re replicated a few times across the Sydney 7s tournament. Tickets are available on the official website in one- or two-day packages. Check out the schedule for each day and pick how much party you want across the weekend. Tickets are selling fast, so grab yours soon else you’ll miss out. See you at the 7s!

Published on January 25, 2016 by Matthew Watson