Ten Rock-Star Retreats Around the World

You don't have to release a Pitchfork-approved debut album or sell out a stadium to live the life of a travelling troubadour.

Show us a guy with a drum machine or a girl with a guitar who purports to never having wanted to be a rock star and we'll show you a liar-liar-pants-on-fire. Thankfully, you don't have to release a Pitchfork-approved debut album or sell out a stadium to live the life of a travelling troubadour. If you've been planning to record your own Is This It or My Generation for some time now, you might want to check out the facilities at Geejam boutique hotel in Jamaica. Not simply a cluster of heavenly Caribbean villas and cabins blanketed by rainforest with ocean views, Geejam also has its own recording studio. Book Drum & Bass, a junior suite on the ground floor of the studio, and start strumming - or tinkling on the ivories at the piano overlooking the sea. If it's good enough for No Doubt and Gorillaz, it's good enough for you. The bunk-ups are hip at Toronto budget-boutique hotel The Drake. A sock doll on your pillow may greet you on check-in, indie rock is on a loop on the flatscreen TV, and photographs of guitars and other gear hang on the walls. But it's the dining, drinking and entertainment up for grabs that will edify the party animal within. Start your evening with a cocktail at rooftop Sky Yard, follow it with steak frites in a banquette at the Dining Room, then head downstairs to the Underground, the hotel's basement club that's seen performances by everyone from the Killers to MIA. An acquaintance of Mr & Mrs Smith once confessed to being tucked in to her huge bed at Establishment Hotel in Sydney, completely unaware that in one of the bars Jamiroquai's Jay Kay was DJing up a storm. Don't be caught napping when you check in to this multi-tasking pleasure palace. It's the premier destination for visiting rock royalty in the Harbour City. Who knows who you might be rubbing shoulders with, when Robbie Williams, Scissor Sisters and Outkast have all partied hard within its four walls. Arty, classy boutique retreat Le Royal Monceau hotel in Paris is definitely not the sort of place where hair metal bands throw televisions from windows. But the more contemplative singer-songwriter side of your soul will love the acoustic guitars in each room. Draw inspiration from the City of Love and express it in a tune. Loving your next big hit sick? The hotel has a mobile sound studio available to musos of all descriptions. Music fans will feel right at home at retro-hip boutique digs Hotel San José in Austin. Originally built in 1939 as a ‘motor court’, it’s been given a stucco overhaul and now nestles in happening 'hood SoCo buzzing with bars, stores and cafés. The mellow rooms – pea green is a favoured hue – are hung with vintage gig posters, their floors covered with cowhide rugs. Get into some tunes by borrowing one of the iPods stocked with Americana classics then head to the courtyard. During the day, beardy guys and tattooed gals knock back espressos; after dark musicians and DJs play alfresco. Sure, the super-sized villas with vast plunge pools and views of the azure Indian Ocean at Bali boutique hotel Karma Kandara are private and impressive enough to suit even the most outrageous behaviour. Want to bake naked in the sun? No issue whatsoever. But you might prefer to get your togs on to check out what many people consider the best beach club in south-east Asia. Nammos is accessed via a cliff-front inclinator. Book one of the shady day-beds and settle back for chilled choons, icy cocktails and intermittent seaside splashing. 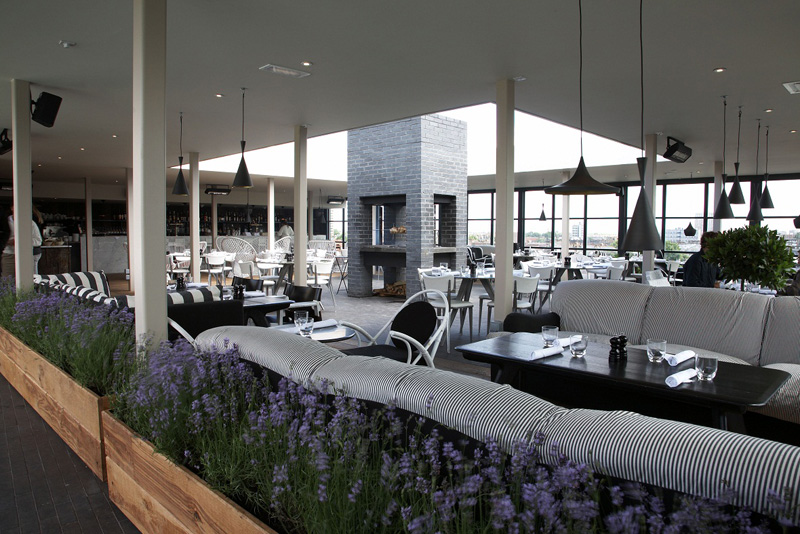 The skinny-jeaned massive frequents converted warehouse-turned-members’ club Shoreditch Rooms hotel in East London. There’s a rooftop pool, a bowling alley on the fourth floor and a Cowshed spa (perfect for overcoming night-before excesses), but the compact rooms are, most importantly, within staggering distance of Shoreditch’s coolest clubs and music venues, and grungy, bar-packed Dalston. Plus, because this is an outpost of Soho House, the see-and-be-seen crowd drapes itself around the Square Bar and on the roof, so there’s always action aplenty. Both Madonna and Harry Styles have celebrated their birthdays here. All those youngsters who like to declare that vinyl is dead, well, you’re probably not going to find them at Ace Hotel & Swim Club in Palm Springs. Thankfully. Vintage furniture, swathed fabrics on the walls, full-size bottles of spirits in the minibar and handicrafts in all the rooms scream hipster heaven. Plus, if you book a Patio room – go for one with a garden – or one of the more expensive boudoirs, your digs come with a record player and a selection of retro vinyl that could range from Dylan to Zeppelin. When the temperature rises, though, it’s all about the pools. Yoga classes, bands and impromptu dance parties take place regularly by the water’s edge and, unlike many hotels, you can hang here until 2am. Sometimes even rock stars need downtime, and family-run Atzaró finca in Ibiza, the world’s most famous party island, delivers with a soothing blend of white-washed surrounds, day-bed-circled pool (and neighbouring cold-water Jacuzzi) and luxury spa. Recovering from the night before? The breakfast room is open until an incredibly civilised 1pm, after which a 90-minute Zen Shiatsu massage should improve your outlook enough to consider the evening once again – perhaps starting with mojitos at the Music & Sushi Lounge. There wasn’t a Sixties rock icon worth his leather pants that didn’t get on the opium in exotic Morocco. Now, we’re not going to pretend that Jim Morrison, Keith Richards, Jimi Hendrix or Neil Young sucked the hookah at Marrakech boutique hotel Dar Darma, but you can easily imagine they did. In the heart of the medina, this darkly exotic five-suite guesthouse partners 300-year-old zouak ceilings and faded antique textiles with Versace-esque velvet settles, distressed metallic stripes and leopardskin rugs. Don your best boho-chic threads, head up to the plunge pool on the roof terrace and imagine you’re Talitha and John Paul Getty.