He chats to us about representing alternate characters, male vulnerability and black consciousness in a feature film.

"If I told you I was going to make a film about a poor black boy raised by a single mother struggling with addiction who has questions about his sexuality, you assume certain things about that film," says Barry Jenkins about Moonlight. He's right. But his second feature isn't the movie you might expect from that description. Watching his applauded and lauded effort — the winner of this year's Golden Globe for best drama, and an eight-time Oscar nominee — proves an experience in witnessing all of those assumptions melt away.

Indeed, based on a dramatic work by Tarell Alvin McCraney, and set and shot in the same Florida area where both Jenkins and McCraney grew up, Moonlight is anything but your average coming-of-age movie about dire circumstances. Jumping between three chapters of a young black man's life, it charts the progression of a teased and taunted Miami boy nicknamed Little (Alex Hibbert) into the awkward, still-bullied teen Chiron (Ashton Sanders), and finally into hardened Atlanta drug dealer Black (Trevante Rhodes). As relayed with a commitment to reflecting reality and capturing a rare perspective — and an ability to render its central journey and the accompanying emotions like cinematic poetry — specific moments and interactions shape his growth, worldview and identity.

With Moonlight now showing in cinemas, we chatted with Academy Award-nominated writer/director Jenkins about reactions to the film, the importance of representation, making immersive cinema, and more.

ON THE REACTION TO THE FILM

"The only way I can really sort of reason or rationalise it [the acclaim for the film] is that I remember first falling in love with cinema as a film student. And it wasn't like the big Hollywood cinema. It was mostly foreign cinema. And I remember watching films by Wong Kar-wai or Claire Denis or Jean-Luc Godard, and I remember thinking "wow, this is a world that I'm never going to visit. I'm never going to go to France. I'm never going to go to Hong Kong, and I certainly don't speak these languages." And yet, I could relate to the characters that made the worlds feel extremely small to me. I mean that in the best way — that I wasn't so far removed from these people, these characters.

And so it just gives me just such an amazing feeling that now my film is doing the same thing for audiences, because the world this movie takes place in is very small, you know, and these characters are very specific to the time and place Tarell and I grew up in. And yet it's travelling far, far away from Miami and people are seeing themselves in the film, and it is lovely to give back to cinema what cinema, I believe, gave to me." 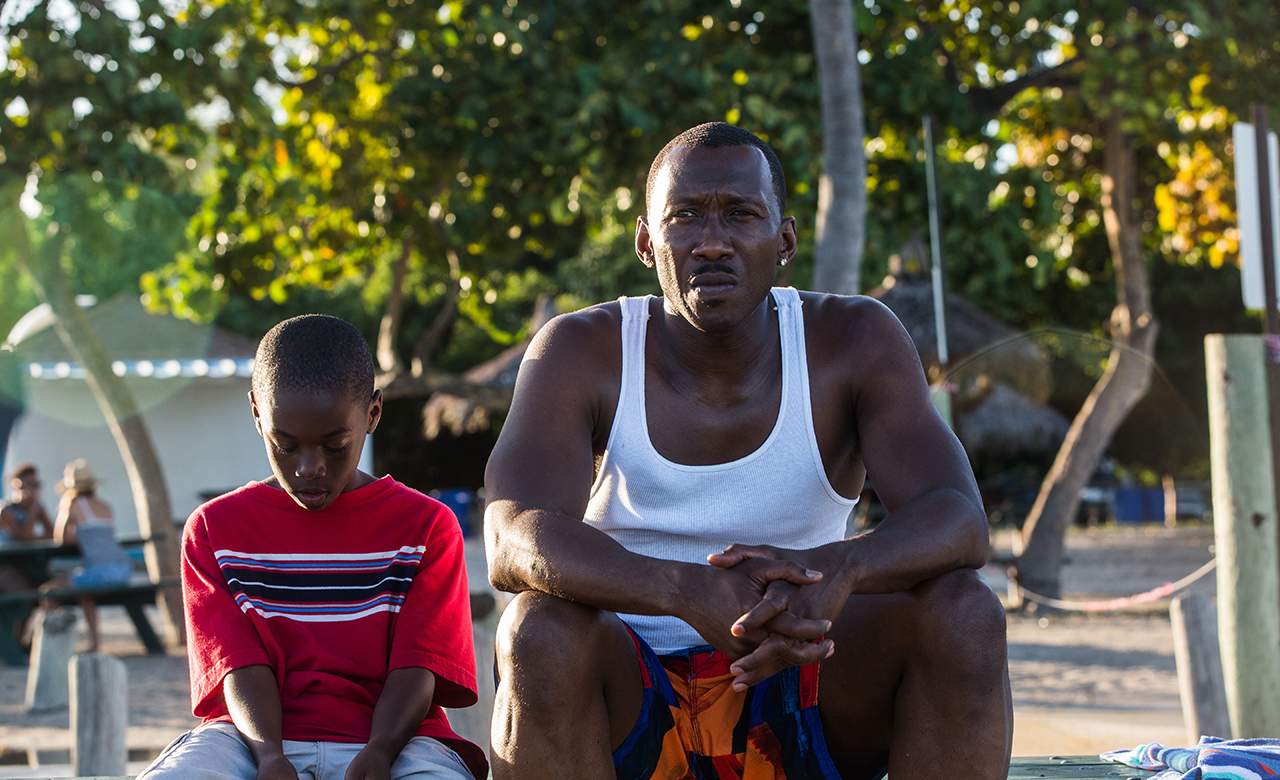 "Here's the thing: there are just certain characters that aren't represented as often as others are in cinema. Or in arts and letters in general, I'll say. And even when those characters are present, they aren't centred. They aren't the focus of the narrative. I think because of that, when you have this kind of lack, when the character is present in the film, is centred, it inherently takes on added importance. Because people, I believe, are very hungry to see themselves represented.

And so there was this feeling in the back of my head — I try to keep it in the back of my head — not that what we were doing was important, but that we had to get it right. Because it would do more harm, because of the lack of these centred characters, it would do more harm to finally present the character and get it wrong. You know, I didn't want to do an injustice to people whose stories align with Chiron's." "We approached the film as a piece of immersive cinema. And part of that has to do with the structure of the film — because we're not telling a traditional narrative in a traditional format. We felt like it allowed us the space to do certain things that maybe wouldn't fit into a more traditional narrative framework. For us, it was really important to have the audience take the journey with Chiron, and we wanted the visuals to arise from the consciousness of the main character. If I told you I was going to make a film about a poor black boy raised by a single mother struggling with addiction who has questions about his sexuality, you assume certain things abut that film. If I'm working from the idea that I want to make a film that is rooted in the consciousness of the main character — you know, consciousness is a very beautiful, beautiful thing.

And this is something I haven't talked about much, but I think the idea of black consciousness or the way black minds work is often not presented. Or not framed in the way that it actually exists. By which I mean, black people dream. We have dreams and we have daydreams and we have dreams when we sleep. And yet, I very rarely see the personification or the presentation of a black person dreaming in a piece of cinema, you know? And that's because we always tie cinema to the conventions of the story form, and not to the consciousness of these characters.

But in Moonlight, the visuals, the aesthetic, the craft, arises from the consciousness of the character. So when Chiron is feeling disoriented, you will look directly into his mother's eyes, and her lips are moving but sometimes you can't hear her voice, and then her voice catches up — because the character is being disoriented. You know, we tried to take our cues from moments like that. And it was great, because as a filmmaker, you know that sound and image is the tool that carries both my voice and the character's voices. And that tool should not be beholden to an A, B, C, D, E progression of plot." ON INTERROGATING MASCULINITY AND VULNERABILITY

It was very important to us that this is the currency of this film — it's not a plot-heavy film. I think the story of this film traverses, or travels in, these gestures, quite a bit of these gestures between and amongst men. I've never seen a black man cradle a black boy in a film before. I just haven't. I haven't seen a black man cook for another black man in a film before. I've never seen a black man, I think, cook for anyone in a film before. And these are very simple gestures that, one, are very nurturing, but also, two, are implicitly vulnerable on the part of the person extending the nurturing. They were very important because again, they keyed into this depiction of the full humanity of these characters." ON FINDING THE RIGHT ACTORS TO PLAY CHIRON AT DIFFERENT STAGES

"It wasn't this idea of a physical similarity. It was the idea of this sort of spiritual essence that could be viewed in the eyes of the characters. Which is really hitting on this idea of this feeling in their eyes, because of this book by [three-time Oscar-winning editor] Walter Murch that I've always loved called 'In the Blink in an Eye.' And so we just tried to find these guys that had the same feeling.

Because, when you look at Trevante Rhodes as Black in the third chapter, it was of the utmost importance to me that you could see that little boy who played him in the first story. You could still see Alex Hibbert. I think we see people that we pass all the time on the subway or the bus or the sidewalk, who look like Trevante Rhodes as Black in the third chapter of this film, and we would never believe that this person would dance in a mirror in his elementary school when he was ten years old. But they're the same person, you know? And when we were casting, it was very important to us that we could see that continuum between the characters."

Moonlight is now showing in cinemas. Read our review here.