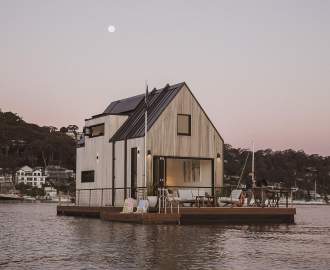 "Something takes over once I'm on stage. The whole point of it, for me, is to transcend my conscious brain; which is sometimes not the most pleasant place to be... There's nothing more in the moment than being on stage. Things can fail. The stakes are high. I mean, the stakes aren't high like cancer high, but it is do or die. You're reacting to how the crowd is feeling and that kind of energy I find very effervescent and fun. I thrive off it."

Annie Clark, better known as St. Vincent — a stage name taken from a Nick Cave song referencing the hospital where the poet Dylan Thomas died — talks to me from Melbourne about performance nerves. "I think I have some nerves; I think it's healthy. It seems that the stakes wouldn't be very high, if you felt just as comfortable in your living room as you did on stage. But it's also energy, rather than a lack of it; so you could also call it adrenaline or excitement. It's two ways of looking at the same energy."

After making her first guitar out of cardboard at the age of five, Clark got her fingers around some real fret boards at twelve and went on to study at the Berklee College of Music. After three years of "grading and measurement" she dropped out to start making music. Since then, she's found her way to The Polyphonic Spree, toured with Sufjan Stevens and David Byrne, and created four solo albums — the most recent of which, St Vincent, was released on February 24. After selling out Melbourne's The Howler two nights in a row, she's heading to Sydney for Vivid.

"I've thought a lot about what it means to go up on stage and ask people to listen to you and look at you for an hour and a half," she says, explaining how her approach to performance has changed over time. "I don't take it lightly, in the sense that I think (especially in this day and age) we are a distractable lot. When we have everything at our finger tips — at the internet or whatever — it means even more to say, 'Hey, everybody, let's be in this moment together. Let's go some place together'.

"I've tried to make the performance aspect more elevated — to acknowledge what it actually is, which is a strange and unnatural act — and to dig into that, lean into it, believe in it and try to make it take us all some place else."

At the same time, Clark's been dealing with what she describes as her own "delusions". "At various points, I've been delusional enough to think that someday I would tour less, that I was living one life — not that I wasn't meant to — but that there was a parallel life that I was supposed to be leading. Yet I was doing this other thing. But I've come to realise the silliness of that idea. I'm living the life that I want to be living and enjoying being in the ether and the constant change and undulation and stimulation. I need it, now."

These days, she spends months and months on the road. "Sometimes, I get confused with which season it is," she says. "The other day, I could have sworn it was September and I was planning my life as if it was, and then I realised, no, it's May, where am I?"

So where does she go to hide and reorient herself, if and when there is a break in the schedule? In keeping with her commitment to life as it is, she wants to talk about where she is. Right now. "I know this sounds really corny and cloying," she laughs, "but I love coming to Australia, because no matter how many shows you play, it feels like a vacation. Everything is pleasant here. People are attractive, coffee's amazing, food's amazing, wine's amazing, there's great galleries,there's great art... I usually end up with a lot of free time in Australia. This particular trip is basically run and gun, feels cosy and fun — like fun, sexy, cool time."

When there is a moment to spare, she spends it releasing her own signature coffee blend, collecting outsider art, reading books and "hanging out". "What everybody does," she explains. "The only thing I don't do is cook and be domestic — you know knit a sweater or some bullshit [laughs]. I don't have any patience for that. I wish I could live in a hotel."

Having just finished Karen Joy Walker's page-turner We Are All Completely Beside Ourselves, she's currently into "a book about Sigmund Freud and his being a big proponent of cocaine as a panacea — a cure-all drug. It sounds like something someone on cocaine would say," she laughs. "I'm trying to enjoy Evelyn Waugh, too. I picked it up because my dad was a big Anglophile and he's all about Kingsley Amis and Martin Amis and all that. I tried to read that stuff when I was younger but what is a 13-year-old going to do with Vile Bodies? They have no context for that and you don't understand the satire because you haven't lived."

Published on May 25, 2014 by Jasmine Crittenden