Naarm Rapper Mulalo on Cross-Genre Collaboration, Community and Hitting the Stage This Summer

Ahead of The Kraken Subterranean Summer gig, we chatted to the energetic rapper about the hip hop scene, authenticity and sharing the stage with SPEED, Posseshot and more. 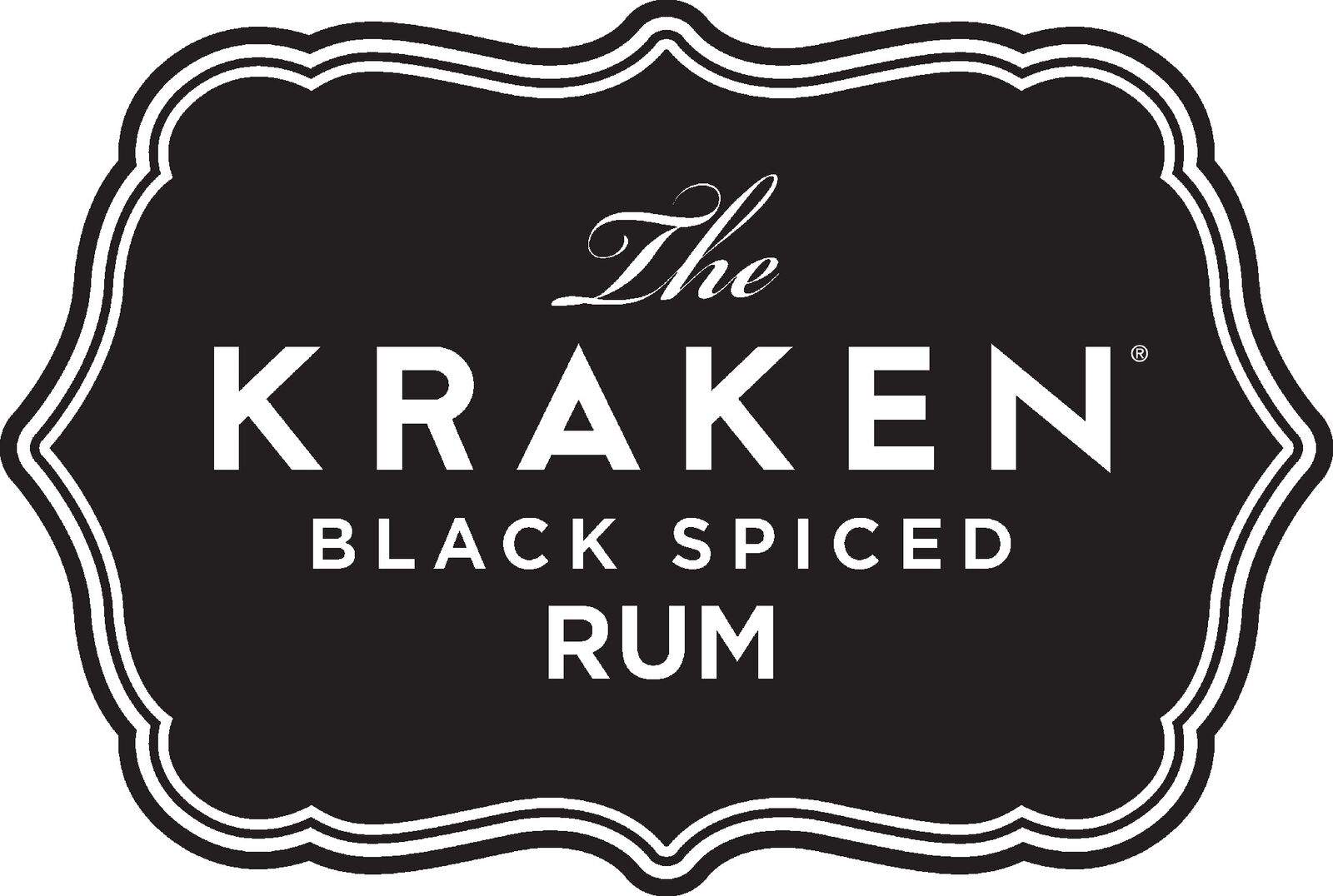 Mulalo is the bright, bold and energetic Aussie rapper from the western suburbs of Naarm (Melbourne) whose music exploded onto the scene in 2021 with the release of her track 'M31 (Racing Down the Hume)'. What followed was a packed year of making and performing music: warming crowds up for Cakes Da Killa and Triple One, hitting the stage at Bendigo's Groovin the Moo and the release of her instant-hit 'Tracy Grimshaw'.

Ahead of her appearing at The Kraken Black Spiced Rum's one-night-only underground Sydney gig, Subterranean Summer, taking place at Marrickville's The Great Club, Concrete Playground's Ben Hansen caught up with the artist to chat everything from collaboration and community in the hip hop scene, to her music's quintessentially Australian references and how she's feeling about sharing the stage with hardcore favourites SPEED and Posseshot.

If someone isn't a Mulalo fan, who is Mulalo? What's the vibe?

If people don't know Mulalo, they're a bit late. Mulalo is me. I'm her. I'm just all about making music for the girls, making music to have fun to. That's who Mulalo is.

There's been a lot of change in the local hip hop landscape in the last 10 years — how do you feel about hip hop in Australia right now?

I feel like when people thought about rap music in Australia, they were thinking about a very specific type of genre of music, which is fine. But especially being a young immigrant who grew up in [Melbourne's] western suburbs, I see how diverse it is: that wasn't being represented in mainstream rap in Australia. Now it's like you're getting all these young people from all over that are just doing their thing. That's how I think it's changed. And now it's cool, 'cos the people that are actually doing it, I relate to.

Do you feel like there's more community now that there's a lot more collaboration?

"People are like 'Oh my god, you're here! Let's meet up, let's hang out!' You get to meet all these people and make sick music."

Who's your favourite collaborator to make music with?

My two OGs: Nerve and Kuya Neil. Like, those are my boys. They're the best, 'cos they know me. Like, they're me, but in a man's body.

Do you have any more songs coming out with them soon?

Yes! I do! Like, literally my next few singles are produced by either or. Jumping to the lineup for next week's gig. There's Posseshot and SPEED — is there anyone else in the lineup that you're a fan of?

Honestly, I've never seen Posseshot perform, but in my life — from my ex-boyfriend to my friends — they were always wearing the t-shirt. And I was like, who is this? So I'm so excited to see them perform. And I'm excited to see SPEED perform again — I'm gonna be in the mosh. We did a show once together and it was hectic.

Were you in the mosh pit that time?

I was very much sidestage. I couldn't do it.

But you think you might jump in the mosh pit at The Kraken Subterranean Summer?

Yeah, I'm gonna get into the crowd.

Changing gears, hip hop and punk both came out of resistance and protest. Do you think there's a relationship between the two genres?

One hundred percent. Just because people are delivering their message differently doesn't mean it's not an act of protest. I feel like SPEED's message, my message, Posseshot's message are kind of all the same. They're just all delivered differently.

Do you see the fans of those genres are receptive to the different kinds of music in a really wide swathe of sounds?

I often find that crowds are super receptive of more punk music, more hardcore music, 'cos you know, I turn it up every time. The boys from SPEED support me so much, like on a ground level, and even Posseshot, they've supported me on a ground level. So if the artists are like, 'We write for her', I know that the crowd is going to be open, and like, 'Let's give it a chance, open up our minds to something different'.

Last time you played with SPEED, did it gel? Did their fans get around it?

It was a very interesting show 'cos it was a hip hop versus rock kinda vibe. Nerve was on the lineup, Barkaa, me and SPEED. And honestly, it was lit. It went off.

You weave in a lot of local references in your music, whether it's 'Racing Down the Hume' or all the references in 'Tracy Grimshaw'. Is that something that, when you're writing a song, you're setting out to do because you want to make it relatable? Or does it just come naturally?

I feel like people think that it's intentional, but anyone that knows me — and, like, talks to me for more than five minutes — knows that I love Australiana culture. I absolutely love it. You'll catch me at the RSL getting a chicken parma and a VB on a weekend. Like, that's my vibe. And then it's just like, why would I reference stuff that's not from where I'm from? Why would my song be called Katie Couric? Like, I watched Tracy Grimshaw and she's an icon.

That track will be nice to perform at The Great Club cos it has an RSL, local-club energy. Are you excited to play here, at The Great Club, for The Kraken Subterranean Summer? Do you think your songs will translate well to this venue? When you're performing on a lineup with lots of different bands, are you chatting to other artists? Maybe hooking up collaborations? Or is it a bit nerve-wracking?

You should try this time!

I always did say I wanted to do a song with SPEED. I feel like I would kill it.

I think it needs to come together.

We need to force them to do it.

Are you excited when you're performing on a lineup like this that you might introduce someone to a type of music that they had kind of dismissed previously?

Yes, definitely. It's good when you have opportunities, like this one with Kraken, where I know it's a challenge. Obviously my people are going to be there, the people that listen to my music are gonna be there, but they won't be most of the crowd. So it's going to be a good challenge.

"And I'm doing it for the girls always. I'm gonna show the boys how the girls do it. You know what I mean? I turn it up."

Do you ever consider just turning the bass or the 808s up a bit if you're at a heavier show to try and really get the crowd going?

Oh, I am notorious for hitting the red. They say: 'Oh, it needs to be at this level'. Me when they walk away: 'Let's blow the speakers, what are we doing? Let's turn up.' Anything else you're really looking forward to at The Kraken Subterranean Summer?

Drinking the Kraken! Seriously, for real. I was waiting for them to give me one to try, The Kraken Black Mojito: mint and lime, topped with soda water. I'm gonna get some ice, a nice glass — maybe I'll get one from behind the bar. Have it on stage.

Honestly, I wanna reach final form [at The Kraken Subterranean Summer]. This is one of my last shows of the year before I go overseas to South Africa, and I wanna do this sick show. It's gonna be so cool and people are gonna be like, 'That was sick!' and I'm gonna be like, 'Yeah it was! Do you wanna go and get a Black Mojito?' And just turn it up, and see SPEED perform and see Posseshot perform. Hopefully they bring merch.

Mulalo takes to the stage at The Kraken Subterranean Summer on Thursday, December 1, at Marrickville's The Great Club. To catch the interview in action, head to Instagram.