Summer in the Domain Is Returning with a Blockbuster Winter Edition

Running across June and July, the festival will include an ice rink, carnival rides and performances from The Presets and Missy Higgins.

A new winter-themed concert series featuring a family-friendly winter park and a jam-packed lineup of Australian talent is coming to Sydney's CBD this June. Following the tumultuous, yet successful run of Summer in the Domain this March, the Royal Botanical Gardens and The Domain are collaborating for another run of performances set among the CBD skyline titled Winter in the Domain. This time around, the three-week festival will feature two separate spaces, the Big Top stage, featuring an expanded lineup of local musicians, and a seasonal Winterpark, full of outdoor activities, food and drinks.

Summer in the Domain's debut activation struggled through two postponements, firstly due to a COVID-19 outbreak before being delayed again due to extreme weather. The four-night concert series did manage to find its feet eventually, hosting standout sets from the likes of Ball Park Music, Vera Blue and Mallrat, and being granted a public health exemption allowing it to become Sydney's first major post-COVID dance party event.

Ball Park Music will return for the newly-announced winter series alongside a who's-who of beloved local musicians. LGBTQIA+ party collective Heaps Gay will kick things off on Saturday, June 26 with a dance-heavy carnival to celebrate its eight birthday, while Thelma Plum, Baker Boy and Miiesha will all feature on the Big Top as part of a special NAIDOC Week concert. Elsewhere on the lineup, Hot Dub Time Machine will host two all-ages shows, The Presets will head up a night of heavy electronic music with special guests Choomba and Ninajirachi, The Cat Empire and Boy and Bear will bring their folk-heavy tones to The Domain, and everyone's favourite singer-songwriter Missy Higgins will be joined by Dan Sultan and Coterie.

Over in the Winterpark, a free pop-up winter wonderland will be built in the heart of the city with activities for families and CBD workers alike. The park will include an ice skating rink alongside family-friendly carnival rides, food and drink stalls and heated outdoor spots designed for afterwork drinks. The Winterpark is set to open from Saturday, June 26, with more details and session times for the ice rink to become available closer to the festival. 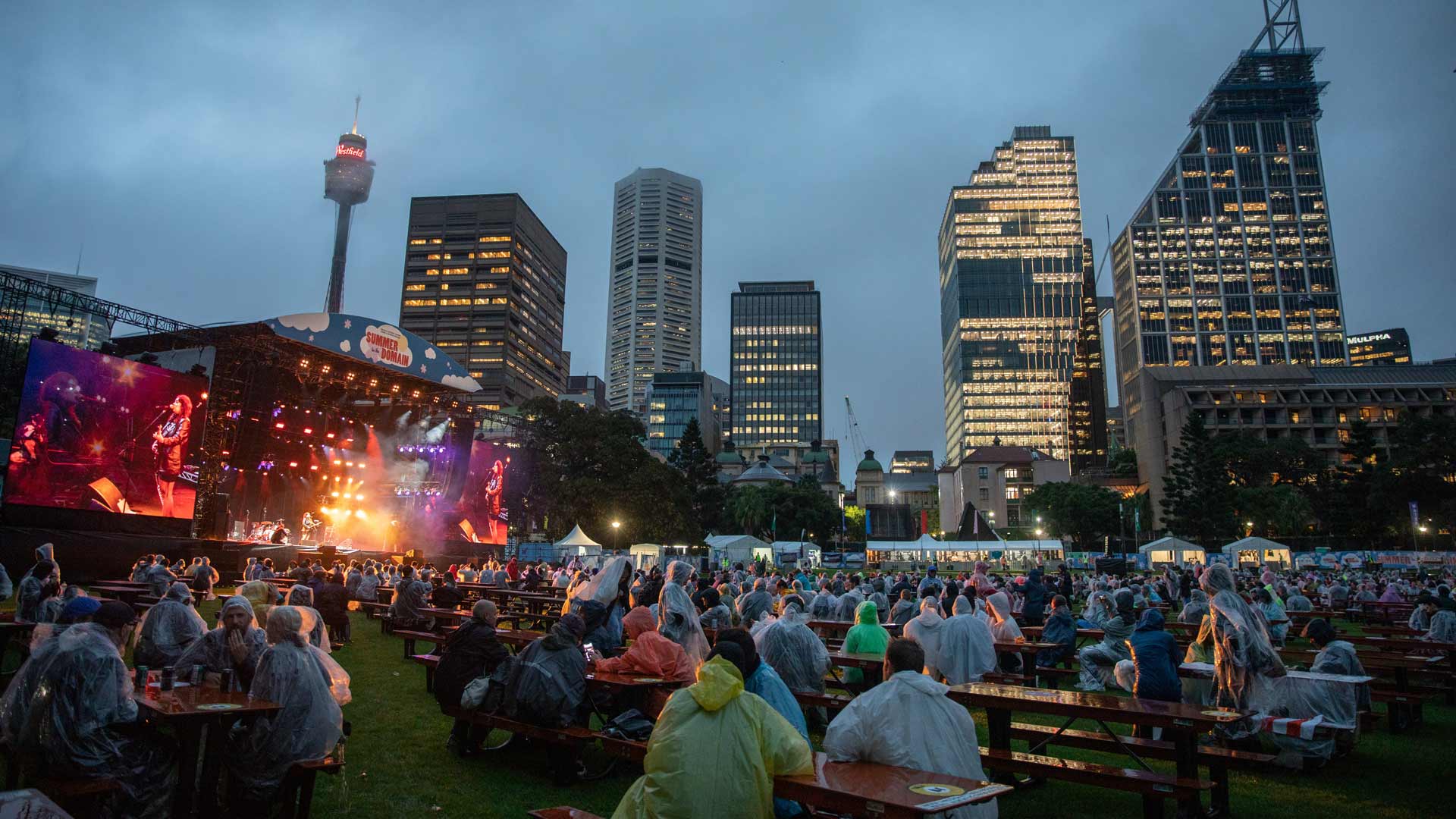 WINTER IN THE DOMAIN LINEUP