Heading down vaguely eerie Sydenham Road, you may fear you've missed a turn somewhere along the way as airplanes swoop directly overhead. Just when you're sure the street is a tad too quiet, around the bend — marked only with a giant painting of a lumberjack-like brewer in overalls — Batch Brewing Co. sits inside one of Marrickville's roller-doored spaces.

The warmth of the space, lit by strings of fairy lights, radiates onto the footpath as locals catch up over a few jars of current offerings from brewing team Andrew Fineran and Chris Sidwa. Old leather couches occupy the front of Batch, with low coffee tables and rugs you'll be sure came straight from your granny's house. Batch makes little attempt to hide the giant steel fermenting tanks, but should it have to? Sydneysiders today are keen to know exactly where their products come from — and these boys aren't hiding a thing. The Batch bar sits on one side of the room with a smattering of stools set for beer enthusiasts as they chat away to the team behind the bar.

The Batch brewery is a passion project of two American expats and lacrosse teammates, who gave up on failed home brewing projects to join Sydney's quickly growing craft scene. 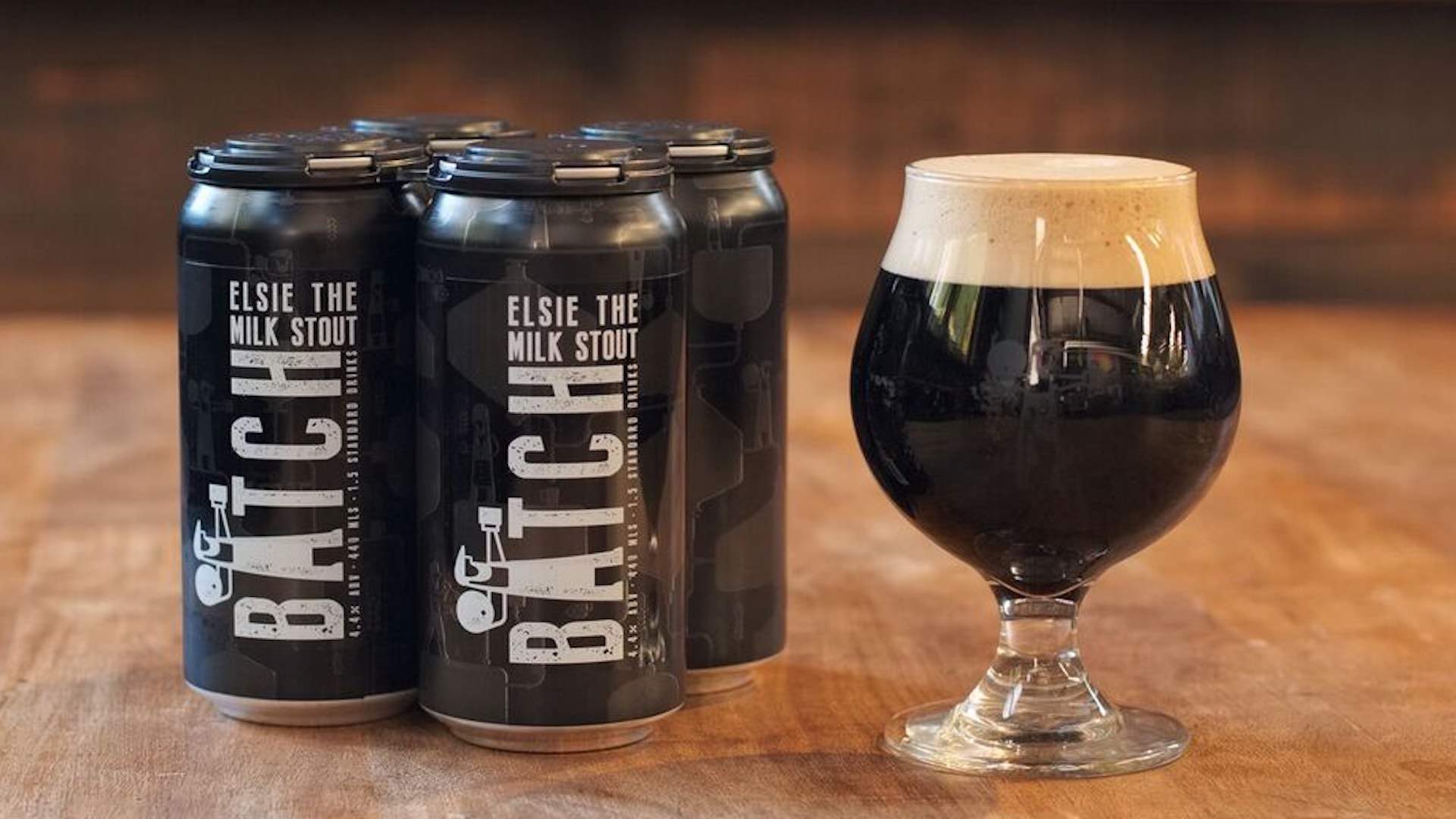 We order a taster paddle ($20), which we expect to be a typical set-up of six slightly-larger-than-shot-sized brews. What we're served is a sturdy metal milk tray of six small mason jars ranging in colour from lager to stout. Co-founder Fineran takes a moment to sit down on the old couch next to us and patiently explain the contents of each jar (which we promptly forget). We spend the next 30 minutes deducing which we think is which, using the menu as a guide. When six small jars sit empty in the milk crate, it seems we enjoyed them all.

Beers on tap rotate every few weeks, but the Facebook page and website are kept up to date so customers know what to expect. Chances are you'll find something on the menu that you can't get enough of after a jar or two — the great news is that most brews are available for takeaway purchase in bomber (640mL) or growler (1.89L) sizes. We snagged the last growlers of the boys' recent WheaTtea ale, a chai tea-infused summer ale born out of a partnership with fellow Inner West brewer (of tea, that is), Ttotaler.

The brewery shuts at 8pm, so it's far from a late-night venue, but the good news is it's a five minute walk from the station to enable the rest of your nightly adventures.