After the two lockdown-filled years Aussies have just lived through, we've all got a renewed appreciation for escapism. Not to mention, good old-fashioned fun. Thankfully, a unique reality-blurring dining concept kicking off this December offers both of these, promising to help you shake off the mundanity of all that time cooped up at home.

The ever-imaginative minds at PlayStation have dreamed up the ultimate immersive food experience, fusing the virtual sphere with real life for PlayStation to Plate. Building on Aussies' renewed relationships with both food and gaming, they've joined forces with the chefs behind some of Sydney and Melbourne's best-known restaurants to bring to life virtual dishes from the PlayStation universe. Pixels have been swapped for plates and graphics replaced by garnishes, bringing new meaning to the idea of playing with your food. Between hero dishes depicted on screen and the culinary-focused plots woven through various storylines, food has long been a big part of video game culture. And if you've ever wondered what those virtual food elements actually taste like, this is your chance. Blending food and gaming culture into one, and pushing the boundaries of play into new dimensions, this innovative dining concept promises to transport you beyond the screen.

Running from Friday, December 3–Sunday, December 12, PlayStation to Plate sees three Aussie eateries each create a limited-edition menu item that reimagines an iconic video game dish IRL. The restaurants will be serving up their signature creations across all ten days of the pop-up, but you can also have any of the dishes dropped to your door courtesy of Deliveroo. 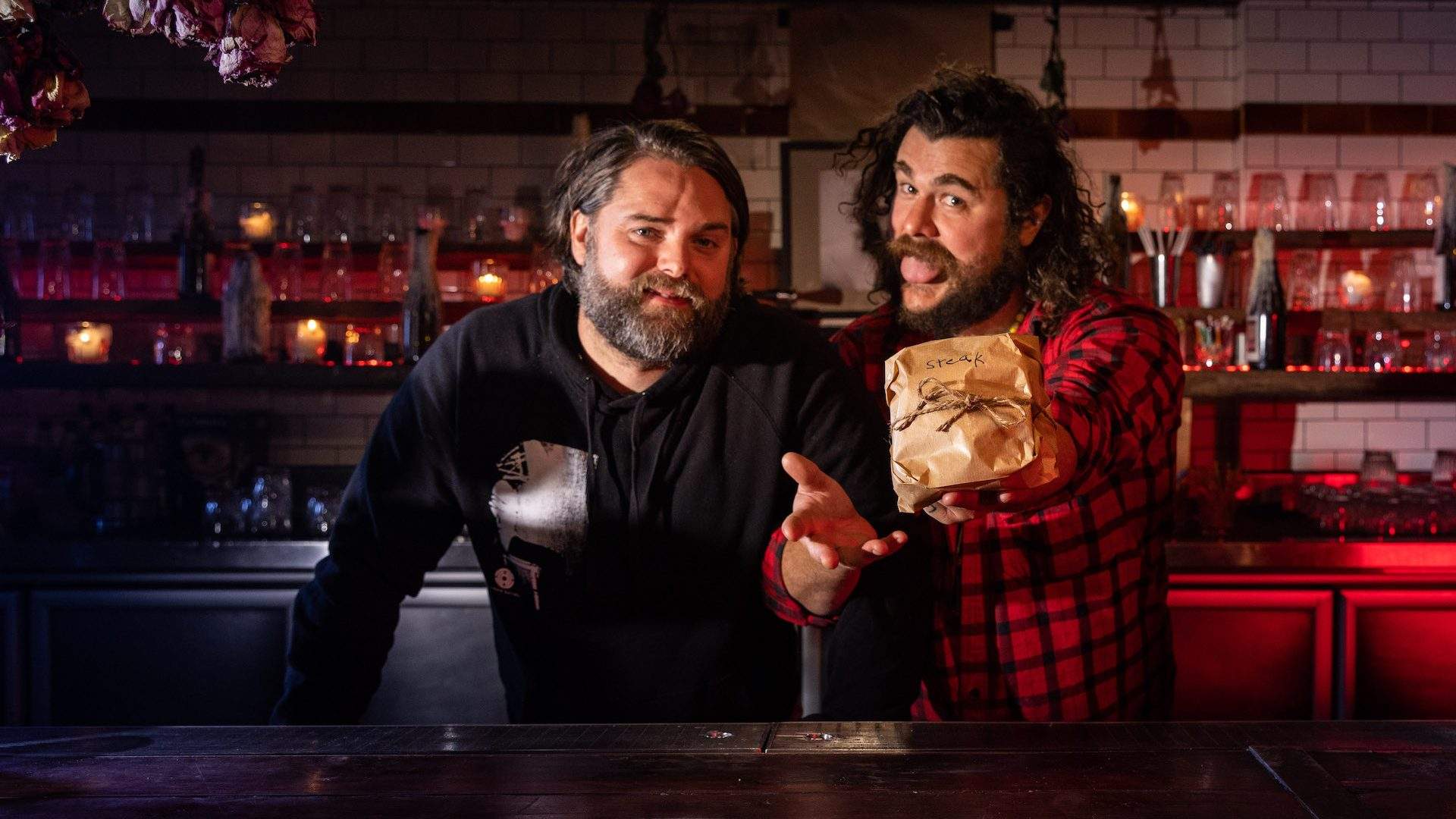 So who's involved in bringing this game-to-reality experience to life — and what dishes can you get your mitts on while PlayStation to Plate is in town?

The burger-flipping legends at Mary's have leaned into their expertise of sandwiching tasty things between buns to deliver a real-life take on Ellie's Steak Sandwich. Players who've ventured into the post-apocalyptic world of The Last of Us Part II will recognise this hero dish from at the start of the game. Mary's founders Kenny Graham and Jake Smyth say the virtual venue that serves the sandwich spoke to them for its representation as a safe harbour in the game's storyline.

Meanwhile, fellow Sydney restaurant The Italian Bowl has pulled its inspiration from critically acclaimed action-adventure title Uncharted 4: A Thief's End. The chefs here have recreated the Thief's Pasta, which main characters Nate and Elena are seen enjoying together on the couch after a long day. This one's a warm, nonna-approved nod to the way in which we all bond over the sharing of food. In Melbourne, young gun baker Morgan Hipworth is out to tempt your sweet tooth with his rendition of the Sirangian Honey Mousse. The colourful dessert stars in intergalactic adventure game Ratchet & Clank: Rift Apart, as one of Chef Tulio's signature creations. Hipworth will be slinging this layered sweet delight at his namesake bakery Bistro Morgan.

Catch PlayStation to Plate from December 3–12, in Sydney and Melbourne. You'll find each dish featured on the menu at its respective venue, as well as being available for takeaway via Deliveroo.