If you've ever dreamt of a Sydney made of chocolate, you're in some serious luck. Founded by Sydney pastry chef and scientist Tahra Camidge, Sydney Chocolate is a brand new company making chocolate bars out of Sydney suburbs — and they're pretty spot on.

Seeking to accurately reflect the personality and distinct crisscross of patterns that make up Sydney's varied suburbs, Camidge's flavours are guaranteed to make you smirk. Bondi Beach? Milk chocolate, salted caramel and organic quinoa ('Don't in-salt the hipsters'). Vaucluse? Golden lumps of crunchy honeycomb smothered in couverture with a dash of sea salt ('Are you a gold digger?'). Marrickville? Milk couverture filled with dark ganache made from microbrewed ale, sprinkled with black sesame nougatine ('Are you a gin mill cowboy?'). 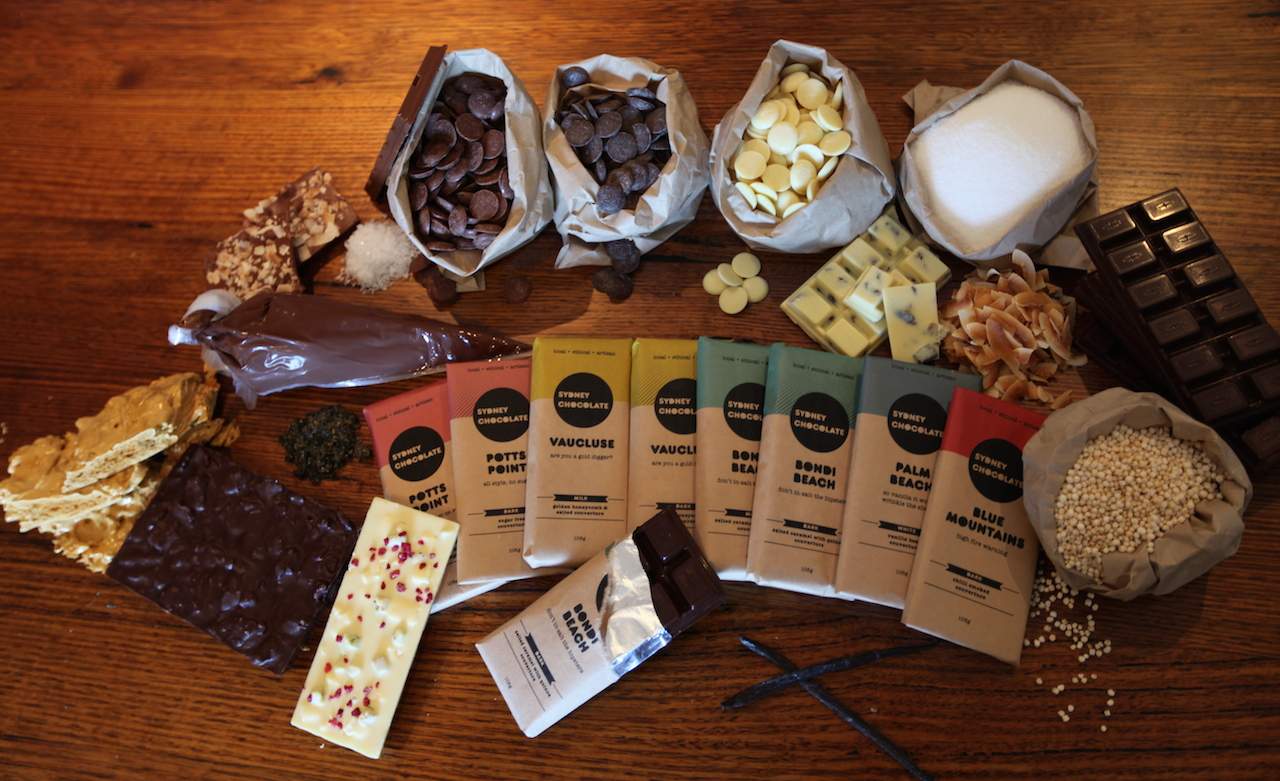 Before Camidge made chocolate for a living, she worked in the affluent suburb of Mosman. It was within its leafy confines that she stood witness to multiple car altercations on a daily basis. "It's a beautiful suburb, full of quite wealthy white people and I saw four different almost car accidents there — in one day," she says with a laugh. For Camidge, this kind of incident was a fairly apt representation of the suburb. For Sydney Chocolate, a Mosman-themed bar (white couverture with organic dried apricots and lavender) can be pretty much summed up in its label: 'More dangerous than mum in a SUV'.

This tongue-in-cheek approach is all about using flavours to harness the spirits of the suburbs that create a cohesive Sydney identity. With flavours such as 'so vanilla it won't wrinkle the sheets' (Palm Beach) to boot, the names usually come about from the general feel of the area — chats with residents, coffees in local cafes, or a funny anecdote at a dinner party. 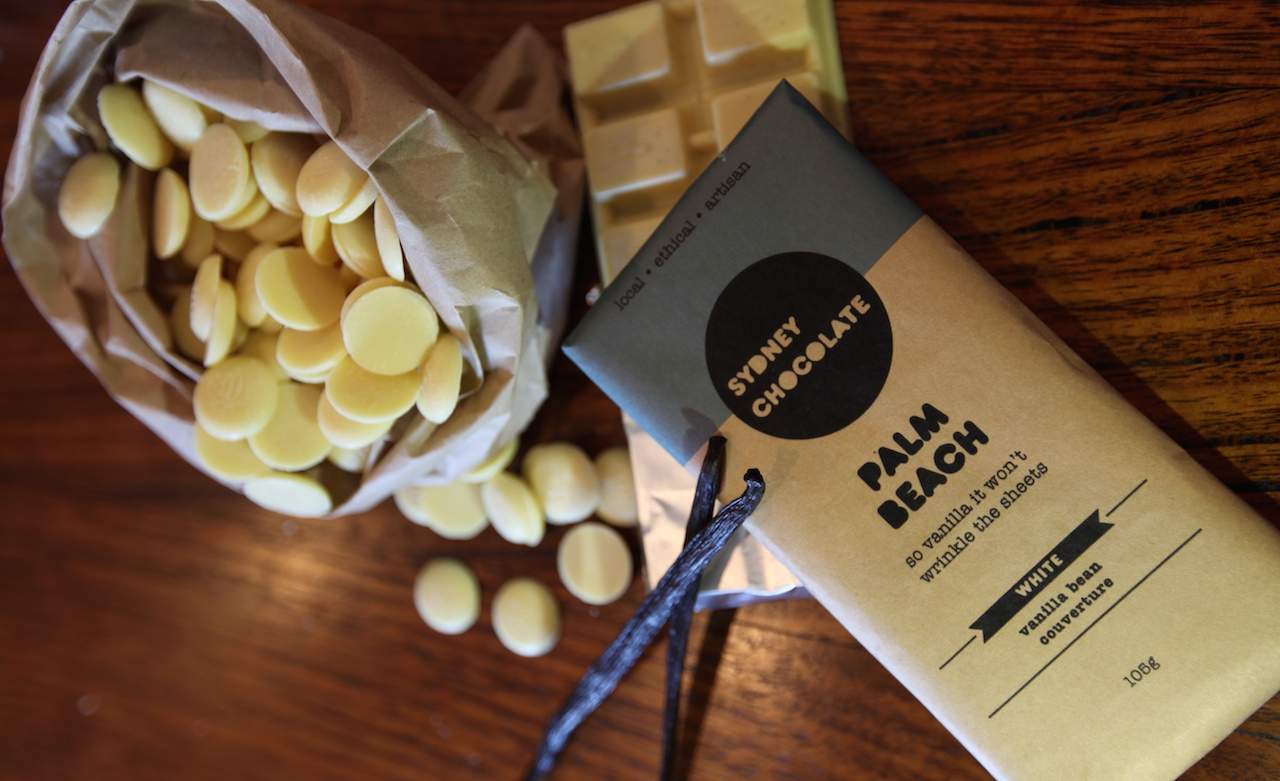 So what comes first – the suburb or the flavour? A little bit of both apparently. "We have to find a suburb that has really a strong identity in and of itself, and I find that in Sydney that's quite easy — because we're a city of villages but we're also quite tribal and proud of where we come from," she says.

Yep, involving the likes of Marrickvillian favourites, the folks from Young Henrys brewery, Camidge's gone ahead and combined chocolate with alcohol to create the 'Are you a gin mill cowboy?' flavour. Chocolate and alcohol. It's all they would have wanted in Marrickville. 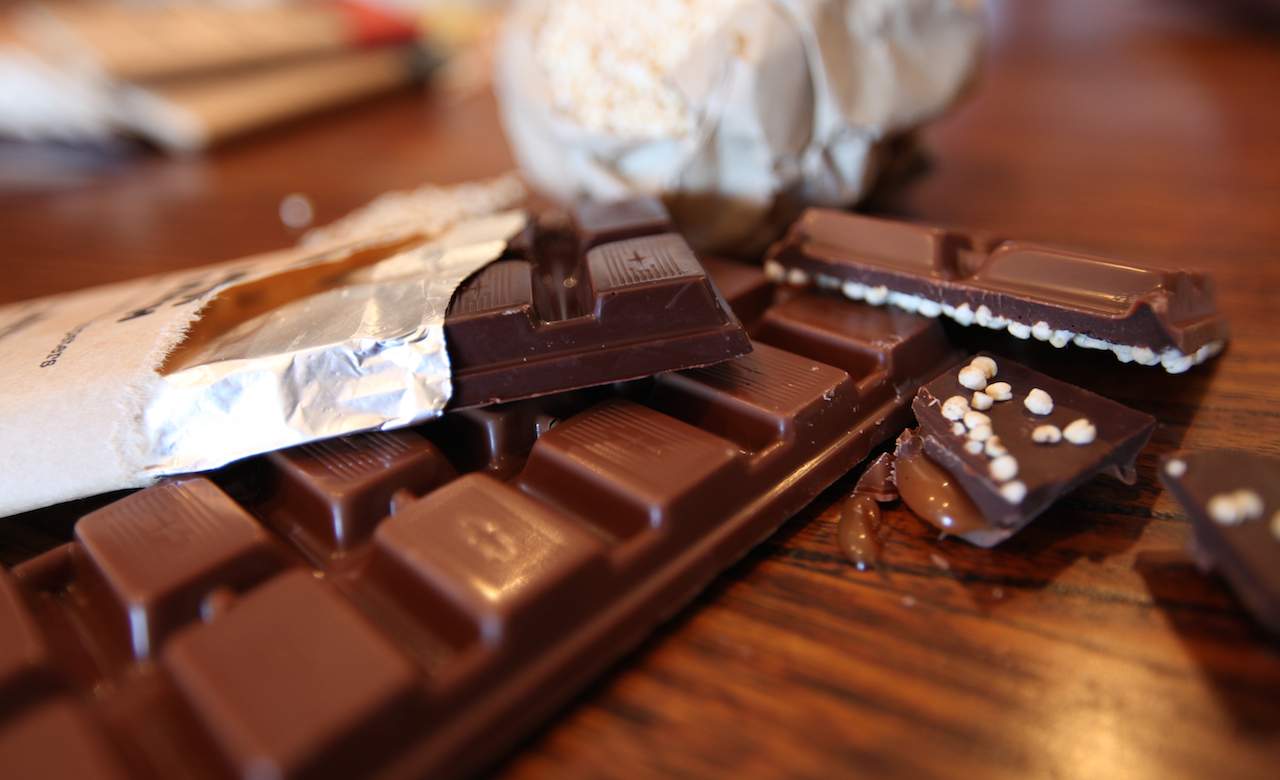 A Sydney local and scientist-turned-pastry chef, Camidge was inspired by the dedication and artistry of the chocolate makers she encountered in Europe — from Paris to Copenhagen. From Europe she made her way to Cuba, where she immersed herself in the distinct Cuban process of harvesting and growing cocoa beans for chocolate. Sensing there was an untapped market for good quality, ethically-sourced chocolate in Sydney, she embarked on a project to create quality coverture combinations (but with a niche Sydney twist).

Sydney Chocolate uses cocoa beans sourced from Ghana. With two thirds of the world's chocolate coming from the African continent alone, ethical sustainability is top of her list. "Unfortunately Africa has a massive problem with abducting children and basically enslaving them on these cocoa plantations, so we wanted to make sure that we weren't supporting that part of the industry," she says. Sydney Chocolate works with the Aprocane Cooperative, a not for profit initiative that supports the ethical growing and marketing of cacao. It's important for Camidge to see every aspect of the chocolate process, not just the final stages. 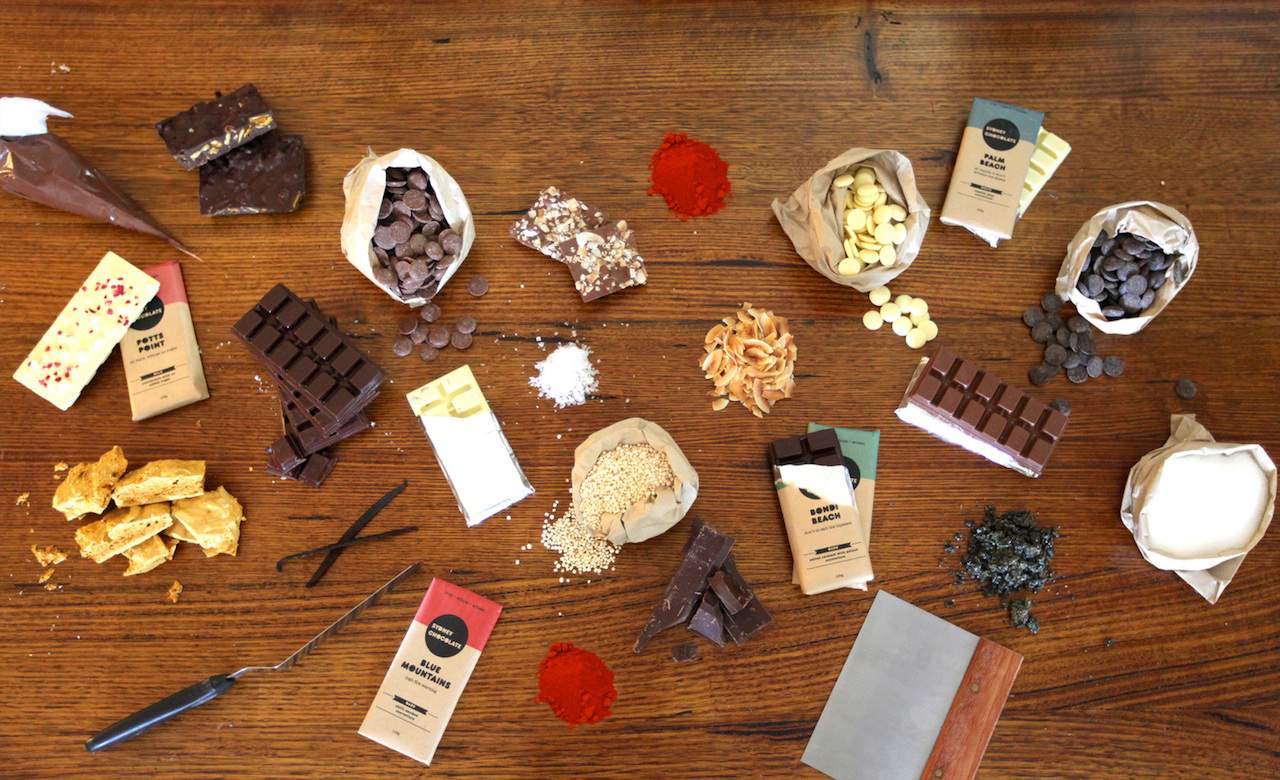 For now, Sydney Chocolate is a two-person operation – Tahra, making the chocolate in her brother's kitchen, and her best friend Lucas, who is in charge of marketing and graphic design. Having only been running for two weeks, Sydney Chocolate is the epitome of a grassroots company.

Turning their attention next to hipster haven Newtown and the stretching monstrosity that is Parramatta Road, the team at Sydney Chocolate have many more suburbs in mind to inspire many tasty other chocolate concoctions.

Can you ask a person who makes chocolate for their life's work to choose their favourite? "My favourite flavour is the Vaucluse ['Are you a gold digger?'], I just really like the honeycomb with the salt and the milk chocolate. I can't stop eating it. I probably should," she says.

With chocolate this tasty, she probably shouldn't.

Vaucluse — 'Are you a gold digger?'

Golden lumps of crunchy honeycomb smothered in couverture with a dash of sea salt.

Palm Beach — 'So vanilla it won't wrinkle the sheets.'

Marrickville — 'Are you a gin mill cowboy?'

Delicious sugar-free dark couverture. Also available in milk. Goes down with no guilt!

Mosman — 'More dangerous than Mum in an SUV'

Check out Sydney Chocolate's website over here. Each bar will only set you back $9, available here.

Published on December 10, 2014 by Natalie Freeland