With free gigs and 49 percent-off drinks on offer, there's no need to go into hibernation this season.

With free gigs and 49 percent-off drinks on offer, there's no need to go into hibernation this season.

If the oncoming cold has you dreading winter, fear not — Merivale is giving Sydneysiders a reason to push forward into the season. For all of June, the Sydney hospitality empire is once again saying "bottoms up, Sydney" with a whopping 49-percent off booze at 39 of its venues between 5pm and 7pm. Why? Well, just because. Plus, See Sound — a free gig series presented by Merivale and Furphy — is back for another instalment, starting the June long weekend with a fresh lineup of artists.

No joke. For those two hours every day in June, Merivale bars and pubs will sling all cocktails, mixed drinks, spirits, beer, wine and even Champagne at nearly half price — anything under $200 is fair game. Come the weekend, you can also kick back with some live tunes at well-loved inner west haunt The Vic On The Park and Bondi's latest scene, The Royal, every Saturday, as well as every Sunday atop the Coogee Pavilion Rooftop. And, if you're more of a fan of throwing shapes on the dancefloor, ivy will host house music legends Sasha and John Digweed for its Ministry of Sound Club weekend party.

Cheap brews and live tunes, just because. See you at the bar. 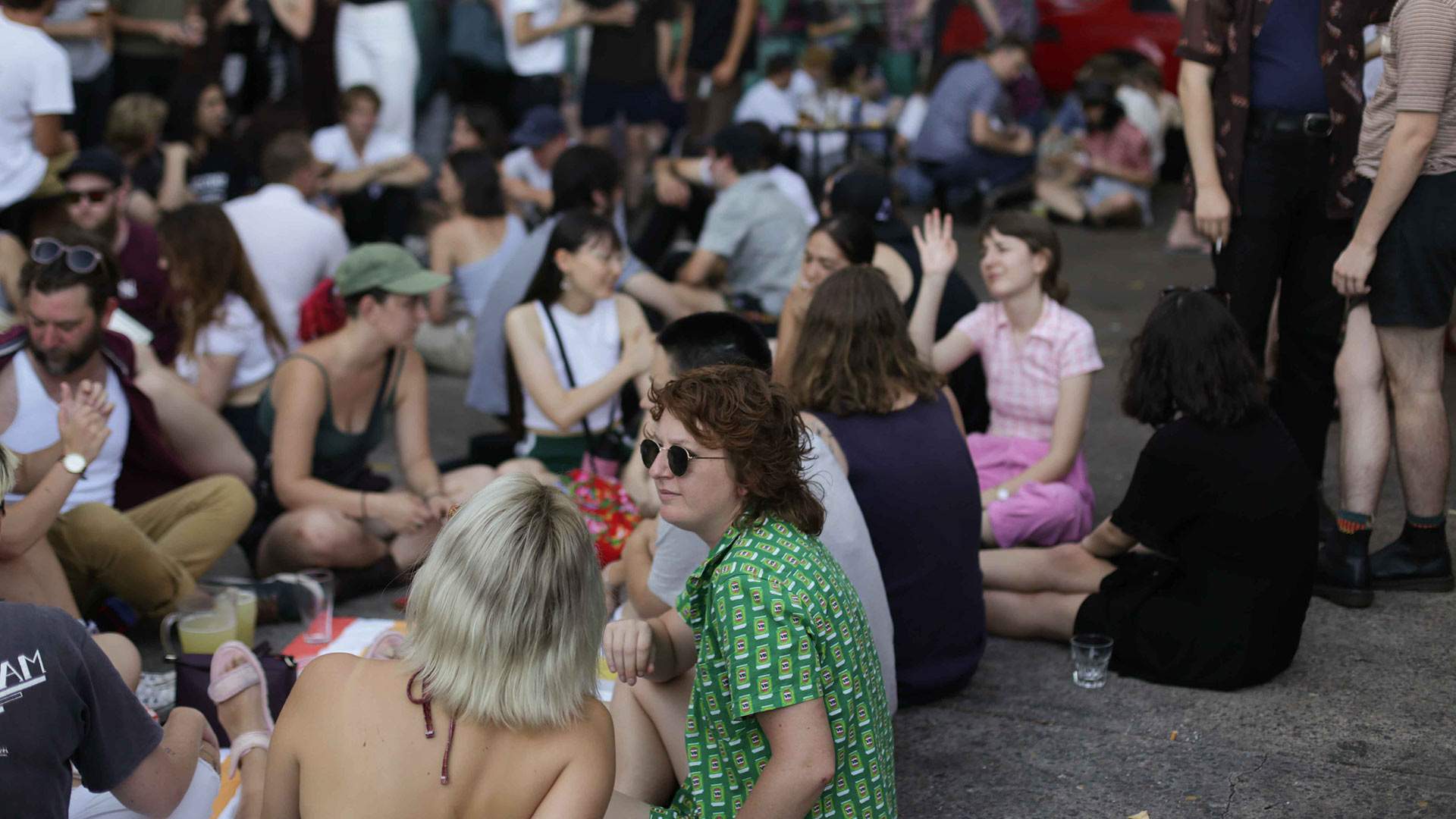 THE VIC ON THE PARK

No newbie to the live gig scene, Marrickville's beloved Vic On The Park has seen plenty of bands on its outdoor stage — the car park. Kicking back on the verandah, sinking some weekend arvo ales and catching some live tunes is a favourite pastime for locals and visitors alike. So on any given day of the week, whether it's mid-week, post-work bevs (which will be almost half price between 5 and 7pm in June) or a casual Sunday game of shooting hoops with mates, the crowd is always eclectic. Everyone's welcome, even your pooch.

In June, The Vic will heat things up with some live gigs, part of See Sound's winter edition, every Saturday. Starting things off on the Saturday of June long weekend, music collective I OH YOU will take over the pub with some new Australian-based artists like Shogun and the Sheets and Jade Imagine playing al fresco in the car park while Fritz, Sunscreen and Egoism will play inside after 9pm. A hub where the local community, families, tourists and old sea dogs all come together, Coogee Pavilion has an electric atmosphere year-round. Although partying on the rooftop in warmer weather is basically synonymous with Sydney summers, cosying up with a 49 percent-off Australian red ale, tucking into some pizza and watching the quiet beach before you as the sun sets is just as enjoyable. You'll almost catch that sweet summer scent in the air.

Before winter truly sets in, the pub is keeping warmer vibes alive with See Sound Winter, kicking off on Sunday, June 23 with a session tracked by Bondi boys Yolanda Be Cool, supported by DJs of Barney Cools and Audiopaxx. On other weekends, expect the likes of Total Giovanni (July 21) and a take over by Reptile Dysfunction x Hot Sunday Records (August 18) with house music playing all Sunday long by a lineup of local and international DJs. Merivale's revamped version of this long-running Bondi pub has caused much hype since its opening last year, particularly with its Italian eatery Totti's. But instead of gutting the entire space and losing much of its grungy charm, the group has left the dive bar vibes the front bar intact. Pool tables, a retro carpet and regular karaoke sessions belted out by locals bring about a good vibe, while its restaurant draws a more epicurean crowd. So, it's all a big mixed bag of people — as a pub should be.

See Sound Winter kicks off at The Royal on the Queen's birthday long weekend on Saturday, June 8, continuing the pub's reputation as a live gig stalwart. The Preature's Jack Moffitt will play a DJ set, vocalist Leroy Francis and duo Sloane Peterson will play live gigs, and DJ Danial of Midnight Juggernauts will take the decks as well. With The Royal now pouring a hefty range of booze for just about every palate and budget, swing by for a cheap tipple, too. Although the front bar may not have changed too much looks-wise, the booze has certainly levelled up. Sip natural wines, espresso martinis on tap or even something bubbly, celebratory and French as well as a range of beers — all for 49 percent-off every day from 5–7pm. The ivy precinct is a behemoth — both in size and reputation — housing just about everything under one roof. With dining, retail, music and even a pool, it's basically a playground for well-heeled adults. It's no stranger to an extravagant party, either. Hosting Ministry of Sound Club every weekend, the complex is a renowned spot to blow off some steam in Sydney.

Although it's a party every weekend, the long weekend is set to be a huge one, with UK DJs Sasha and John Digweed playing a dance-inducing residence on both Saturday night (June 8) and during the day on Sunday (June 9). And seeing as ivy is smack bang in the middle of the CBD, it would be remiss not to pop in after work and nab a nearly half price drink. There's no end of bars to perch yourself at — from the low-key hangs like The Royal George and Palings to Euro-inspired venues like recently opened Bar Topa and French fine diner Felix. And, of course, there's ivy Pool Club a literal pool bar in the middle of the city.

With parties, free tunes flowing and 49 percent-off drinks throughout June, Merivale is giving us plenty of reason to get out from under the blanket and enjoy our city this winter — just because. Plus, there's also a chance to win a seaplane and dining experience at Bert's.

Published on May 31, 2019 by Cordelia Williamson