A Nordic-European restaurant in Newtown from famed chef Pasi Petänen.

Cafe Paci has been named in Concrete Playground's Best Restaurants in Sydney for 2022. Check out the full list for 15 Sydney spots that should be at the top of your must-try list.

Cafe Paci, the highly lauded Darlinghurst pop-up circa 2013, made its grand return in 2019. Award-winning Finnish chef Pasi Petänen (Quay, Four In Hand, Marque) opened the permanent iteration of the restaurant along one of Sydney's busiest strips — Newtown's King Street.

"We always planned to reopen Cafe Paci and have been looking for a permanent spot since we closed," says Petänen. "I've lived in Newtown for 15 years, so the location is really good and we are lucky to also have good operators around us like Bella Brutta, Mapo gelato and Tandem wine bar."

While the original pop-up was set-menu only, this interaction of Cafe Paci is instead a la carte — which Petänen feels will create a more casual, everyday restaurant vibe, as opposed to one that's just for special occasions. "I love to do a set menu but it narrows your clientele quite a lot, and I want [Cafe Paci] to be a place where you can just pop in anytime," says Petänen.

Stop in for a quick bar snack and cocktail combo, or enjoy oysters with your glass of wine. But, for the full experience, nab a seat in the dining room. A few of the original fan-favourite menu items are still here — like the house potato and molasses bread ($4.50) and the liquorice cake with carrot sorbet and yoghurt mousse ($15). A few standouts from the menu items introduced to the Newtown site include potato dumplings with trout XO sauce ($28), tomato and mozzarella calzones ($8) and Skull Island king prawns with black pepper butter ($40). The orange, chilli and olive oil-accompanied stracciatella is a clear Instagram favourite, too. 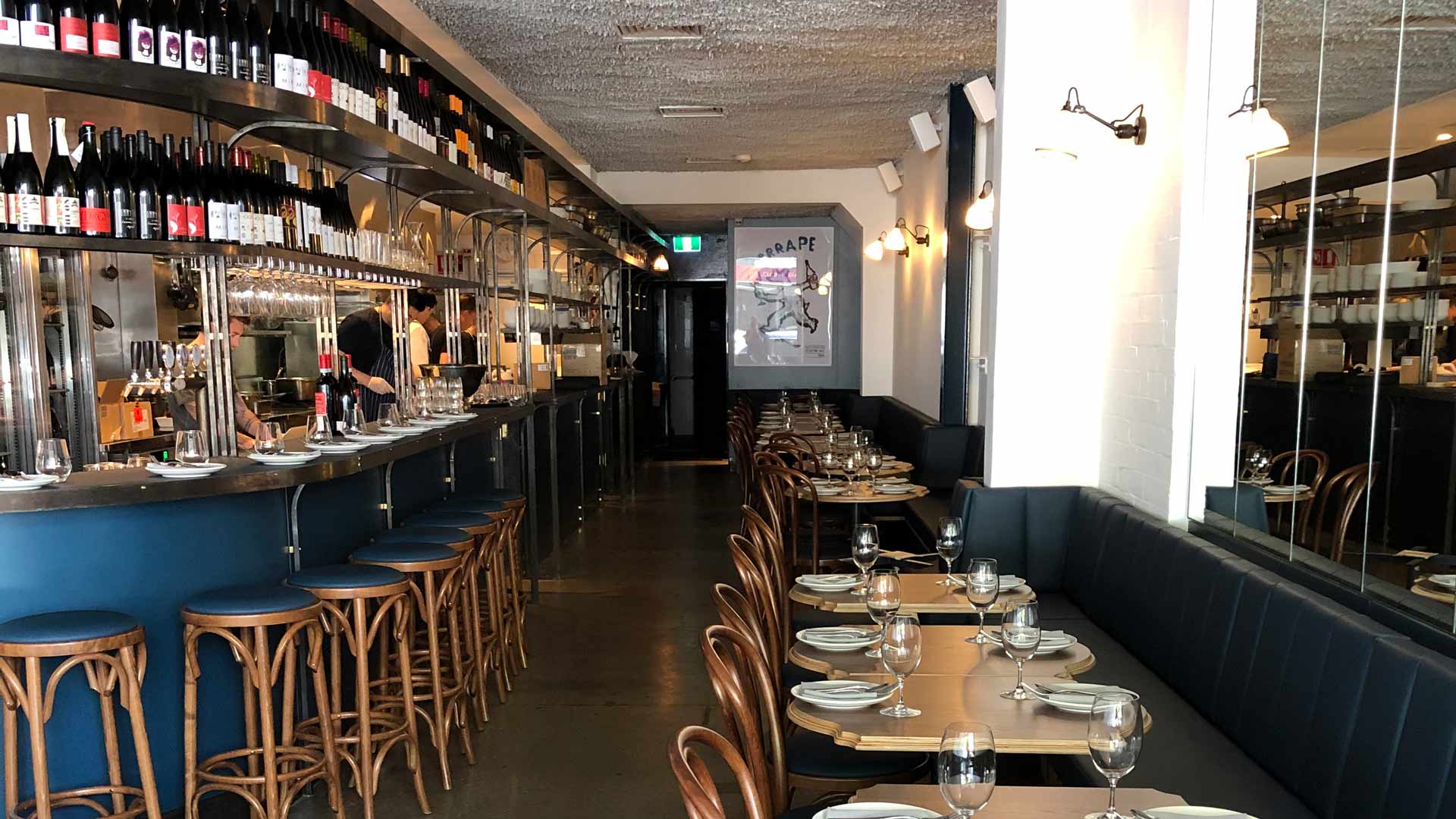 While the pop-up had a bit of a Mexican flare — as a nod to the previous Darlinghurst tenant Cafe Pacifico — the permanent location is predominantly European, pulling inspiration from Italy, France and Nordic cuisine — although you will find ox tongue on a rye taco.

For drinks, renowned sommelier Giorgio De Maria (Vini, 121BC) has created the wine list, which focuses on small producers while offering something for everyone, whether you're on the look out for a classic drop of red or a glass of something funky.

The interior has been designed by George Livissianis, who also looked after other impressive fit-outs for The Dolphin Hotel, Chin Chin, The Apollo and Cho Cho San. At Cafe Paci, the space is that of a relaxed, neighbourhood joint. Expect 60 seats all up, with the bar reserved for walk-ins.

"The fit-out looks very European, too, and could be set in Paris or Berlin or Helsinki," says Petänen. "It has a cosy wine bar feel, and we took the saying 'something old, something new, something borrowed, something blue' as the design brief."