It's all in the details at this cafe hidden inside a warehouse in the backstreets of Leichhardt.

Going out for brunch in Sydney is like competing in an Olympic sport. It requires a helluva lot of patience (waiting for a table), skill (in ordering) and funding (for food). Oh, and perhaps a trainer on standby for when you have a blowout.

But even elite athletes need a day off. And for amateur brunchers of the inner west, The Carpenter is where to come when you're playing hooky.

You'll find it inside a converted warehouse, deep in the suburban labyrinth of Leichhardt. Were it not for the handful of folk (and their pups) perched on the wooden stools outside, you probably wouldn't think to wander beyond the roller door. If you do, you'll find a great example of modern neighbourhood dining in Sydney. The Carpenter delivers the laidback vibe you want from a local, but with enough flair that you won't miss the 'cool factor' that accompanies a Newtown (or Surry Hills or Bondi) brekkie.

The space, formerly a homewares clearance outlet, is by-the-book industrial style. The warehouse's high ceilings and brick wall remain exposed, with concrete floors and hairpin-style chairs. But warmth radiates from the bar with its wood panelling, terracotta tiles and, most impressively, the strip lighting which starts vertical, with each one following slightly rotating until it runs horizontal above the kitchen. 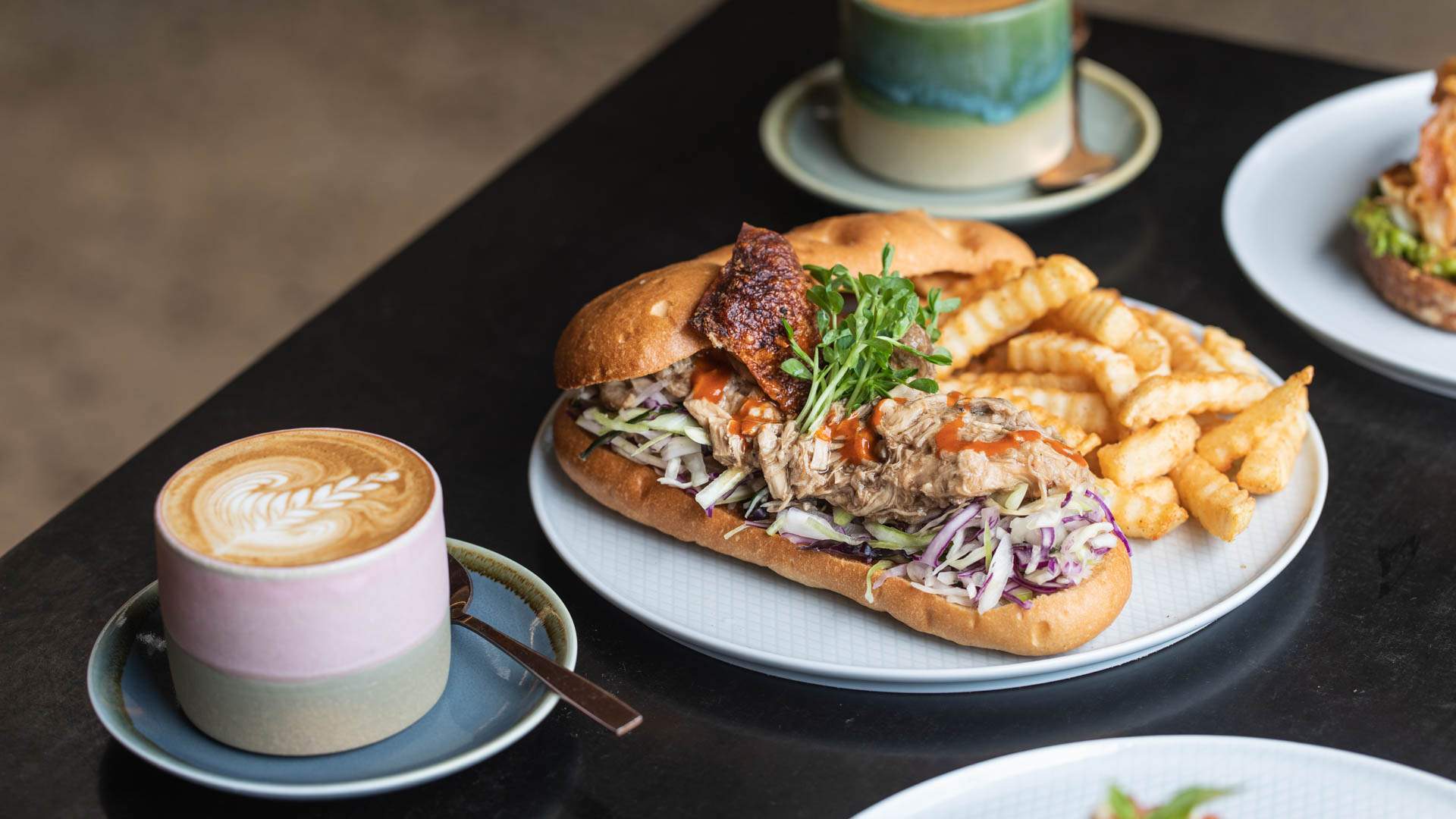 And while your attention is on the bar, take note of the espresso machine. It's a Mavam, a boutique design from Seattle that's built into the bench. It's unexpected and, if you're a coffee nerd, you'll probably find it a little bit sexy. The team runs Little Marionette roast through the two group heads alongside a daily single origin, and drinks are served in requisite ceramic cups.

The menu reads like a rap sheet of cafe hits: bacon and egg roll, granola, smashed avo and so on. And that's not a bad thing — it requires little deep thinking (it's your day off, remember) and also makes the great value all the more obvious. The chipotle fried chicken, which comes piled dangerously high with house-made guacamole, pickled jalapeños and crinkle cut fries, is just $20. And though the truffle eggs may be lacking acidity, for only $12 — and with black truffle salsa from Tetsuya's — can you really complain? Just ask for some of the spicy tomato sauce and get on with it.

There are other surprises hidden in this seemingly simple, yet undeniably decadent, menu. The smashed avo ($15) is served on a croissant (from Brickfields) and the burnt butter that adorns both the Not-So-Shakshuka Eggs and the ricotta hotcakes (both $18) is from Pepe Saya. The latter also comes dressed with seasonal fruit, which cuts through the richness. The hotcakes could be a little fluffier — they don't quite live up to their much-loved Sydney counterpart (at Bills) — but it's easily forgiven. It may not be flashy or pushing the envelope but The Carpenter's giving Sydneysiders what they seriously lack: a moment's peace from trying so damn hard.