Escape the chaos of the big beaches and explore these secret little hideaways. Whether you're after a dip post-hike or something a little more relaxed, you're sure to find it along the New South Wales coast. Located at the base of Hermit Bay within the Sydney Harbour National Park, Milk Beach is ideal for everything from sunbaking to snorkelling to fishing. It's a small, insulated beach surrounded by the Heritage-listed Strickland House and offers magnificent views of Sydney. Whether it's a picnic or a walk along the Hermitage Foreshore, Milk Beach is one of Sydney's best-kept secrets. It can be accessed via public transport or boat, and limited off-street parking is available. At this little gem you're in good company. Sydney's small habourside suburb of Point Piper is one of the country's most exclusive and home to one of the most gorgeous, chilled-out beaches in town. Named after Lady Mary Martin, wife of chief justice and politician Sir James Martin, it's a tiny treasure flanked in billion-dollar mansions, but the view is free. Entry is via a narrow lane off Wolseley Road that passes by the Royal Prince Edward Yacht Club. There's more than one sweet little beach ripe for the picnicking at Manly Dam. The amenities are pretty good and there's heaps of unrestricted parking, but get your coin purse out for entry on weekends or during public holidays. There are heaps of lush walking tracks, so consider swapping sandshoes for flip-flops. Vehicle access is through the King Street entrance (off Condamine Street, Manly Vale) and a footpath at this entrance allows for pedestrian and disabled access into the park without having to go on the road. The best access points for the bike track is Gibbs Street, Manly Vale or Kirkwood Street at Bantry Reserve, Seaforth. 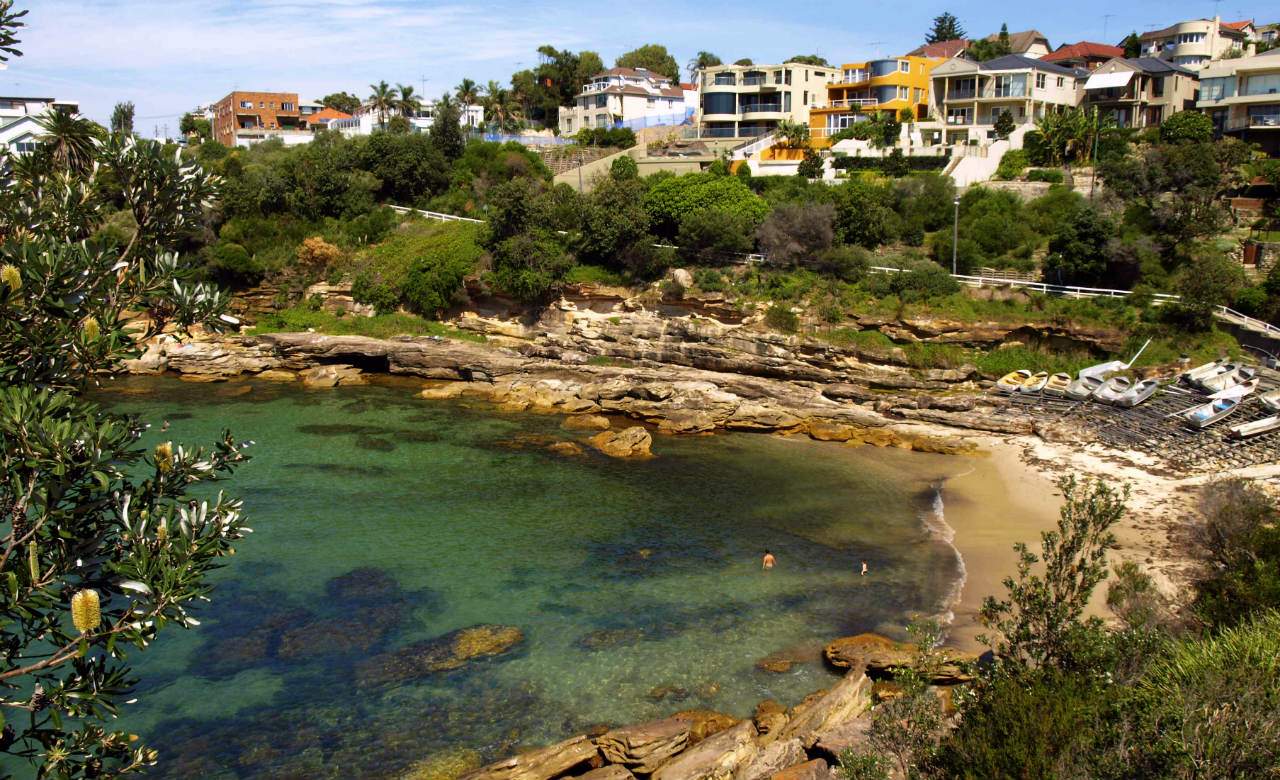 Offering Sydney's only underwater nature trail, Gordon's Bay is nestled in between the deeply incised gully and sheer sandstone headlands of South Clovelly and North Coogee. It's the eastern suburbs at their stunning best, and the calm waters make it a great spot for snorkelling. The small beach is dotted with local fishing boats, abundant with wildflowers and offers access to some of the most satisfying and aesthetically stunning walking trails on the coast. Access via the coastal walk. Bungan is one of Sydney's most undeveloped beaches and has a wild and unspoiled character. The rugged beauty of the cliffs give it a private feel and bushwalkers will love the vivid scenery. It's 600m long, running in a south-east direction between Bungan Headland to the north and Mona Vale Headland to the south. There are reasonable breaks for surfers and it's a relief from the crowded waves at more popular beaches. Access by a laneway along Barrenjoey Road — it's the headland just before the descent to Newport. It's a patrolled beached but stay between the flags at this one because there are often rips. 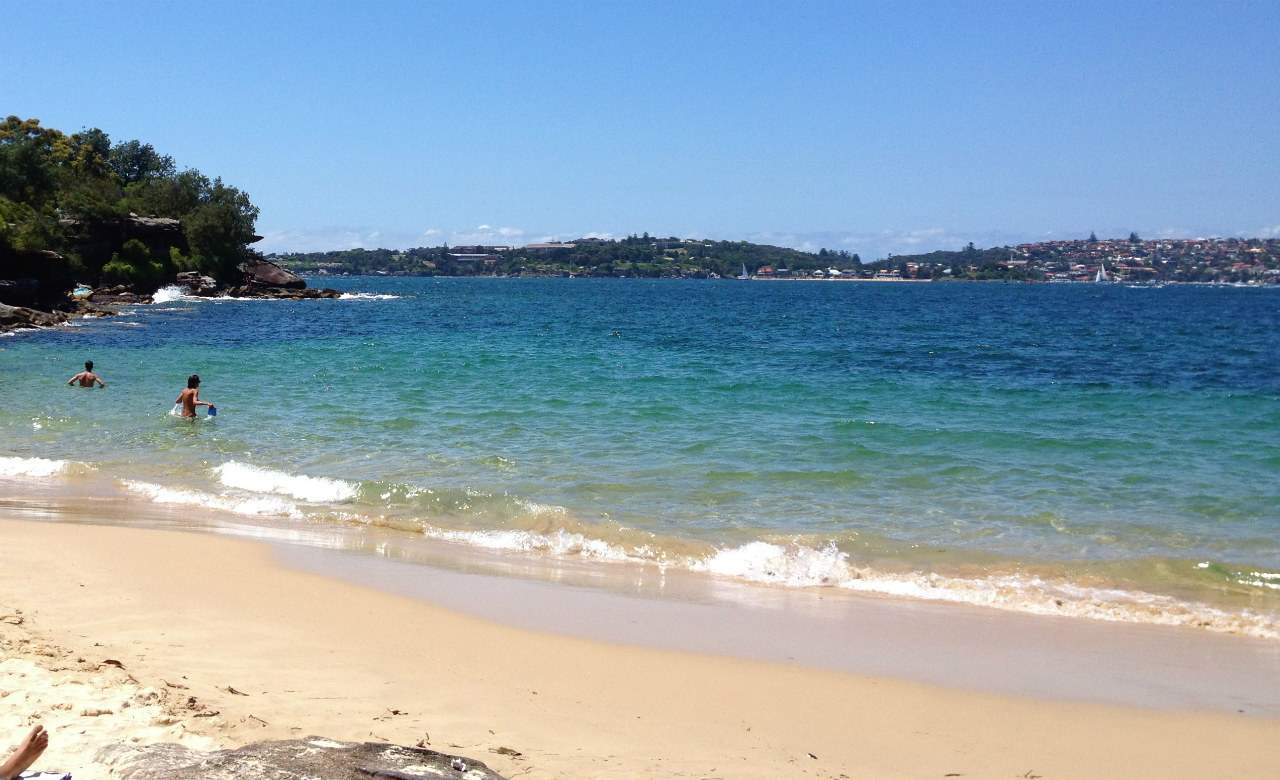 Obelisk Beach has killer views — and not only because it's one of few legal nudist beaches in Sydney. We mean nude. Despite its cult status, it's usually quiet and tranquil, and has great views over Sydney Harbour. It's well secluded as you need to have a certain tenacity to clamber down a rocky track and set of steps to gain access, although there's a large public car park on the Middle Head Road side of Chowder Bay Road. The place is also of historic significance: prior to European settlement in 1788, the area the beach is in was inhabited by Indigenous Australians speaking the Guringai language and Aboriginal sites are found in the bushland all around Georges Head. Warriewood Beach is backed by 30-40m high vegetated bluffs and the reserve occupying Turrimetta Head offers excellent beach and ocean views. The 500km stretch of beach is sheltered, you never have to fight for a spot on the sand and the facilities are good. Surfing is great up the north end. Cabbage palm trees, cute little swimming inlets and wide open beach make Wattamolla the perfect place for a midweek wind down. Wattamolla (an Aboriginal name meaning 'place near running water') had its name originally recorded as Watta-Mowlee by Matthew Flinders, when Flinders, George Bass and a boy, William Martin, stopped there in their boat, the Tom Thumb II, in 1796. It's a beautiful combination of beach and freshwater lagoon, separated by a sandbar, within the Royal National Park. There's a five-minute walk down a narrow path to the beach (not great for prams), but once on the beach, there's loads of shade from the trees, small inlets for swimming as well as open beach. Wattamolla is a great starting point for 100 kilometres of walking tracks spanning the National Park, including the popular coastal walk from Bundeena to Otford. Access is via a 20 minute car ride from either the Loftus or Waterfall entrance. 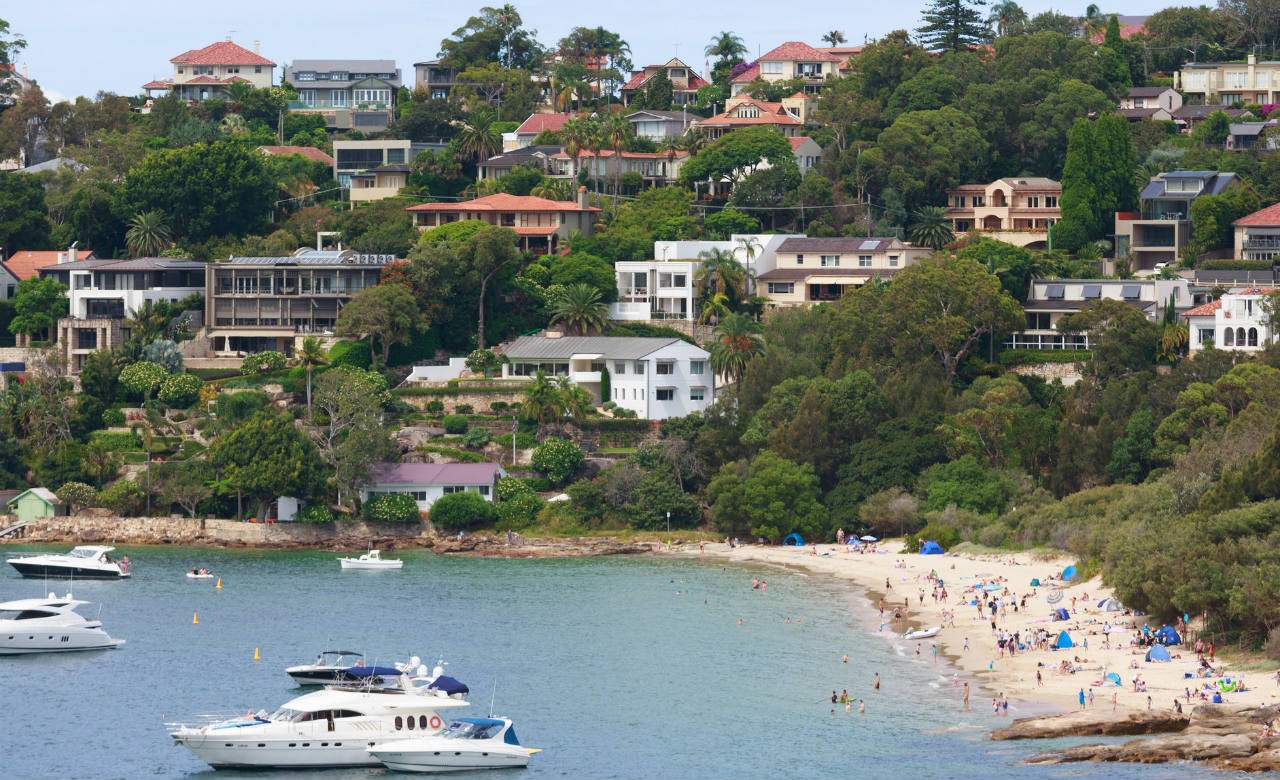 Bring your beach brolly to Chinamans Beach, unless you're keen on sticking to the reserve. Bring ample snacks and drinks too, and don't plan on fish 'n' chips — it's properly secluded. The beach is unpatrolled, and usually peaceful and quiet. Arguably the most beautiful in Botany Bay National Park, Congwong is best on calm days because it can get pretty windy. It's a great spot for snorkelling though isn't for surfing, since it faces Botany Bay rather than the open ocean. It's usually deserted and offers a unique scene of bushland, historic Bare Island and freight ships. It's about a 30-minute walk to Little Congwong Beach, a super-clean and hotly contested region thanks to its reputation as a nudist beach.

Published on November 07, 2013 by Ashleigh Synnott