Up high, underwater, on the move and after dark. Despite our itchy feet, options for travel are still limited for the foreseeable future. So, what better time to make the most of where we live? In partnership with La Bella Verde, we've picked out six tours you can take to rediscover where you live — from underwater escapades to getting up-close to Sydney's haunted sites. Each one will help you see the city through a different lens and appreciate what's right here in our beautiful backyard. GO ON AN ECO CRUISE WITH LA BELLA VERDE

We won't be welcoming any international cruise ships for a while yet, so why not take advantage of the emptier harbour to explore one of the most spectacular waterways in the world? Better yet, you can bolster your green credentials at the same time. Cruise Sydney Harbour with La Bella Verde, which has the only 100-percent solar-powered catamaran in Sydney. The green beauty departs from various wharves and can take up to 12 adventurers at a time for $200–250 per hour. Say hello to the Harbour Bridge as you float underneath, then wave at the Sydney Opera House as you sail past at your leisure — with zero harm done to the harbour eco-system. It also has large coolers on board and a flat rate of $100 for BYO booze. KAYAK AT THE CRACK OF DAWN

Experience a different side to Sydney's usually bustling harbour by getting up with the birds for a caffeinated sunrise kayak tour. Sydney by Kayak offers tours from the Lavender Bay boat ramp (currently departing at 6.20am) before paddling round to Sydney Harbour Bridge. You'll be awed by the magnificence and scale of the Bridge from below and there's time to take in the splendour of the Opera House as the early morning light hits the sails. Your reward for getting up so early and exercising? A hot cup of coffee aboard your kayak. You'll be asked your order in advance and supplied with a suitable reusable cup for the journey. It's a very laidback tour and if you're celebrating a birthday they'll also bring cake to eat on the water. Tours cost $125–165 per person. 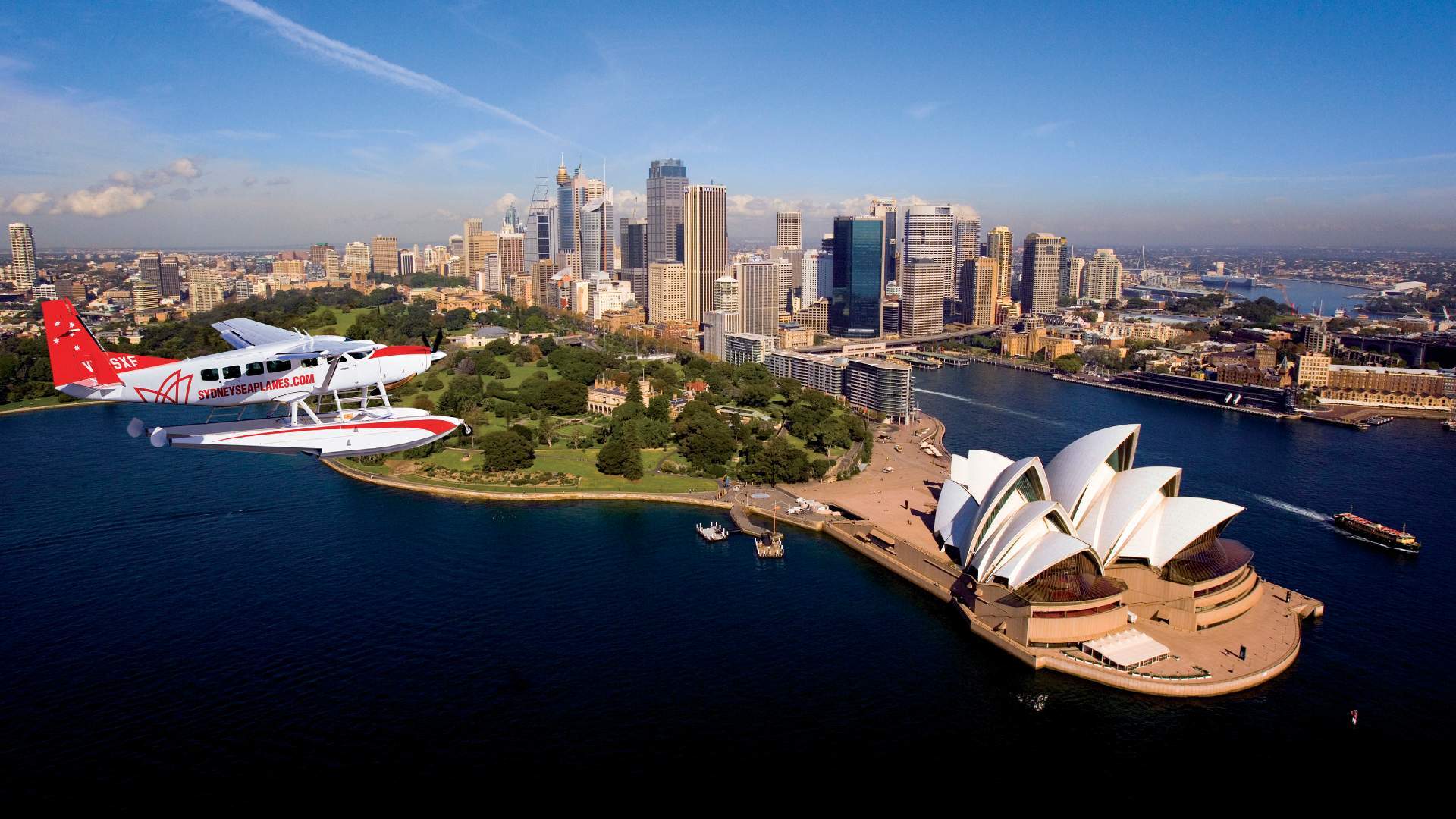 SEE SYDNEY FROM THE SKIES ON A SCENIC FLIGHT

There are some things we land-based mammals can't see. Give yourself wings with a Sydney Seaplanes scenic flight and get a bird's eye view of our glorious city. Planes can take up to six passengers, with different routes to choose from, depending on your fancy. Flights take off from either Rose Bay or Palm Beach and flight times and costs vary depending on the route. The Sydney Secrets tour, for example, is a 30-minute soar over our famed coastline for $315 per person. Afterwards, take a pew at Empire Lounge and watch the other planes land as you order a platter of freshly shucked oysters. CRUISE AROUND ON TWO WHEELS

Take in Manly's famous promenade on two wheels with a Bonza Bike sunset tour, or head to its Circular Quay marquee to hire a ride to explore Farm Cove on the way to Mrs Macquarie's Chair. The company has taken 50,000 guests around Sydney since starting in 2004 and since COVID-19, it's operating as a tailored tour service so you can set the times best suited to you. We think you should hire a bike and hop on the ferry to Manly; from there you can pedal along the waterfront before heading up to North Head to take in the panoramic views. The bipedal trip will set you back $149 per person, with family packages available. Take a ghost tour along the cobblestoned streets of one of our oldest precincts and you'll be transported back to the city's dark past. On The Rocks Ghost Tours, guides tell you the gruesome history of the area as they lead you down alleyways — from unfortunate souls buried in cellars to spirits haunting historic homes. The spooky journey takes in some of the most significant sites in The Rocks and offers a perspective of the city you may have overlooked, such as its violent colonial origins. Each nightly tour starts at 7.45pm, running for 1.5–2 hours, from Cadmans Cottage. Tickets cost $45 and during COVID-19 tours are limited to 25 people. SEE WHAT LIES BENEATH ON A GUIDED SNORKELLING TOUR

Dive Centre Manly runs guided snorkelling tours of Shelly Beach for $75 per person. The area is part of the Cabbage Tree Bay Aquatic Reserve and it boasts a treasure trove of marine life, from blue gropers and giant cuttlefish to wobbegongs and the occasional turtle. Tours are designed for those with some snorkelling experience, and all equipment is provided at the Dive Centre shop. Guides have an intimate knowledge of the beach and where best to float in order to spot its wonders.

Published on February 19, 2021 by Tamar Cranswick