Up your vino knowledge and enjoy perfect plonk from some of Auckland's best selections of wine.

Up your vino knowledge and enjoy perfect plonk from some of Auckland's best selections of wine.

Auckland's gastronomic scene is continually diversifying. The result is a city full of international flavours and no shortage of choice when it comes to dining out. This time, however, making headlines is less the fish of the day, more the drop of vino that sits comfortably to the side. With a myriad of wine menus to sip through, we took it upon ourselves to compile a list of establishments we think have something special to offer. Britomart has become the epicentre of Auckland's gastronomic venture and Ostro on Tyler Street is one of its main players. If the sweeping views of the harbour weren't enough to impress, their 2016 Pelüger Blanc De Noir is. The term, Blanc De Noir (white of black), indicates a wine made entirely from Pinot Noir as opposed to a more common blend. The 2016 Pelüger is refreshingly light, and perfect for the coming spring weather. Located on the corner of Shortland and O'Connell Street are the words 'O'Connell Street Bistro' impressed in brass along the wall. It's safe to say that even the entrance protrudes a statement. Winner of the NY Wine Spectator's Excellence Award, O'Connell Street Bistro's wine list is what some would call legendary, and rightly so. With such an extensive range, the task of narrowing one's options can be difficult. We suggest leaving your wine destiny in the hands of the servers — they know what they're talking about. If you're prone to indulging in a bottle of red, give the 2012 Peregrine Pinot Noir a taste. It's lifted fragrance and warm, fruit notes offers little reason to complain. Once Quay Street Café now resides a well-lit, all-day eatery named Oaken. Decked with wonderful waterfront views, Oaken is for those whom covet a weekend brunch. But more: one of certain indulgence. Worth a mention is their Cabernet Sauvignon Graciano Pablo Claro. The Pablo Claro is a biodynamic wine, renowned for its deep cherry colour. With calming aromas of vanilla and spice, a glass is sure to warm your throat on the more wintry of weekend days-come-nights. Top shelf varieties that are usually only available by the bottle are contenders by the glass, kept fresh using an argon behind the bar between pours. Copper accents and a marble finish appear to be the signature sign of a good Ponsonby eatery. Akin to something straight from the streets of Paris, Augustus hosts a wine list also near exclusively French. With their intricate cocktail selection aside, there's really no better place in Auckland to try velvety smooth Bordeaux. You'll find the staff impeccably capable when it comes to guiding your drink direction there onwards. 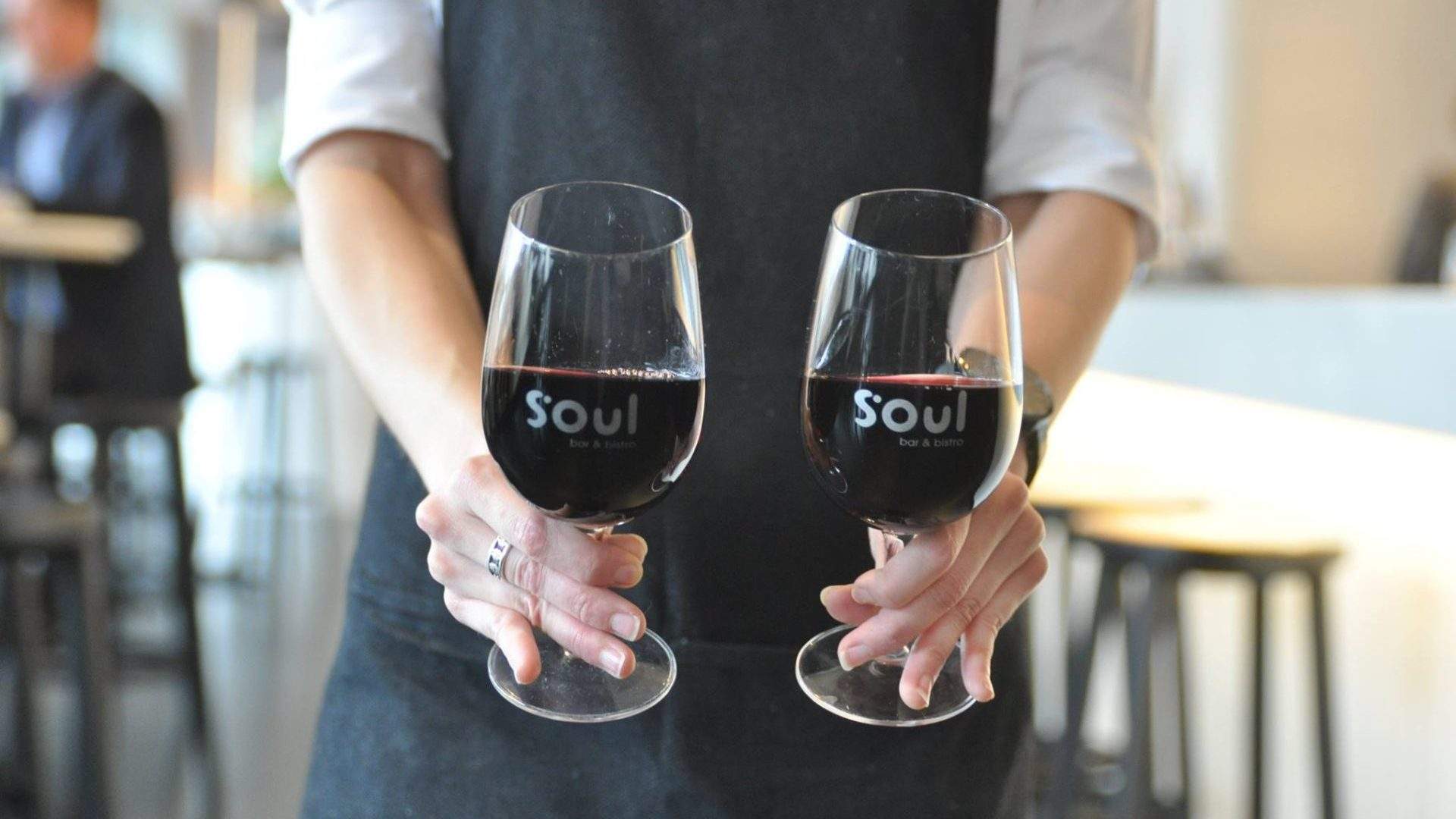 Soul Bar and Bistro has built for itself an impressive reputation over the past 15 years. Perhaps this can be attributed to their constantly being one step ahead. In early August last year, they reinvented themselves once again. The new interior features a palette of dusty pale blues and crisp white detailing, drawing on the sail boats just outside. Their renovations have extended right down to their wine list and are served best in the form of a bottle of Ruffino Ducale oro Chianti. It's creamy oak and savoury notes are an ideal complement to almost any winter dish. 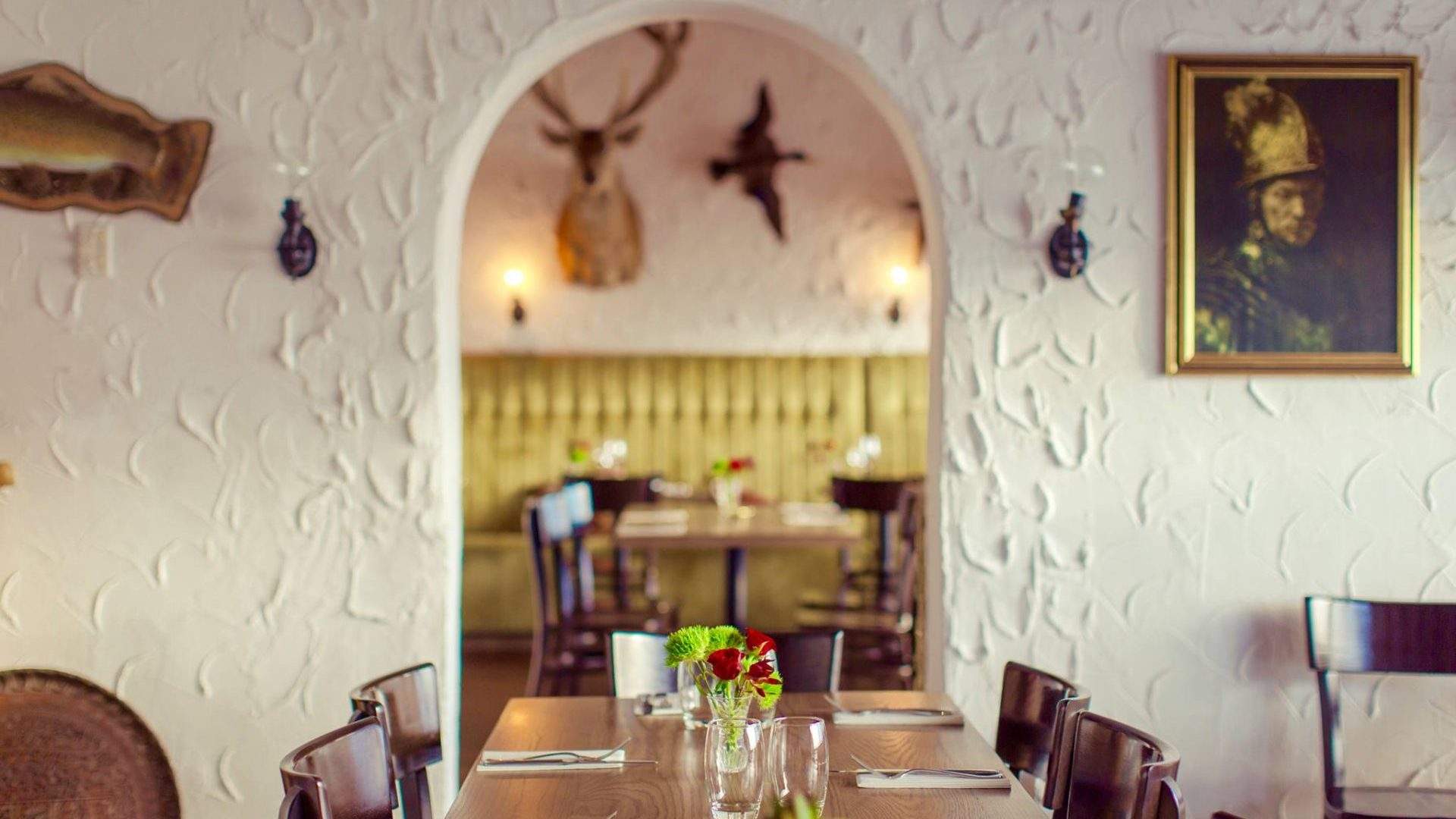 For just over 30 years now, Cazador has specialised in sustainable nose-to-tail cooking. Each dish has been throughly constructed and considered much like their wine menu. From earthy reds to citrusy whites, Cazador impresses from dish to glass. A bottle that stood out for us comes from Cazador's very own cellar. The Chateau Belgrave Haut-Medoc Cab-Sav/Merlot from Bordeaux marries the chargilled venison with parsnip purée and celeriac gratin flawlessly. This comes as no surprise given Cazador's same, effortless characteristic. Three Lamps at the end of Ponsonby Road has just received a brand new neighbourhood wine bar which has proved itself popular since opening earlier this year. Co-owners Henry Temple and Oliver Scutts describe their venture as a celebration of the aperitivo. They've created a space perfect for a late afternoon small bite and sip. Annabel's impresses with a seasonal wine menu and a succinct cocktail list of only two drinks. It's clear quality over quantity is the true measure of Annabel's success. Like a well-aged wine, ten years in Auckland's gastronomic scene has meant time for The Grove to refine. Sophisticated and elegant in character The Grove provides the ultimate environment to indulge in a deep red or balanced white. A bottle you don't see everywhere is their 2014 Elk Cove Willamette Valley Pinot Gris. This crisp white approaches with aromas of honeydew melon and hints of lemon and ginger and then bursts with apple and lemon on the palate. Staying true to the era of the building it's nestled in, Pineapple on Parnell is an '80s inspired lounge and bar. Distinguished solely by a brass Pineapple doorknocker it's easily walked past but once you know it's there, you won't ever miss it again. Their carefully curated wine list is selective so you can be too, we recommend a glass (or two) of their French Rosé. Tyler Street is old news; there's a new kid on the block, courtesy of its same, legendary parents. Introducing Chamberlain. Providing city-dwellers with the perfect after-work drinks, Chamberlain has 14 beers on tap and a wine list that is set to impress. For all those self-professed chard aficionados, we recommend something they've imported straight from Columbia Valley, US. The 2014 Columbia Crest Chardonnay is a well-balanced drop, with an oak and buttery finish. A glass of Columbia Crest is more than your ordinary glass. Instead, a Chardonnay with a little - or a lot - more to give. You make the call.