A Look Inside the NGV's Blockbuster Van Gogh Exhibition

Take a walk through the NGV's huge winter exhibition, featuring over 60 works from the Dutch post-impressionist master.

Seasonal change is finally settling into Melbourne and with it comes one of the NGV's best annual exhibitions: the Winter Masterpieces series. This year, it's no secret they've snagged a true master, Vincent Van Gogh, the poster boy for post-impressionism and dramatic self-mutilation. Set to open on April 28 and running until July 19, blockbuster exhibition Van Gogh and the Seasons has been years in the making, and is expected by NGV to draw one of the gallery's biggest audiences yet.

Curator Sjraar Van Heugten has fine tuned a thematic exhibition after Van Gogh's own heart, an exploration of the seasons in over 60 works. "In the seasons, he [Van Gogh] has perceived infinity, something larger than humanity. The seasons represent ongoing life," he says.

Inside the exhibition, you'll find a fascinating investigation into Van Gogh's life, alongside some of his best naturalist pieces. The artist's character, and his fluctuating mental health, often receive as much attention as his best works. The story of his life, and his death, are expounded wonderfully (and sensitively, snaps for not stigmatising mental health) through quotes, correspondence and essays. Although the collection itself doesn't feature his most famous works, you'll leave with a window into the artist's true persona and an understanding of the sheer breadth of his talent.

Structurally, Van Gogh and the Seasons is broken into (you guessed it) the four seasons, that masterfully weave a narrative through the artist's life. The NGV has produced a short accompanying film, narrated by David Stratton and David Wenham, that's worth a watch before you proceed through the exhibition, as it explains the structure of the exhibition and sets the mood.

We'll let you experience the exhibition for yourself, but in case you'd like a little guidance in your visit, here are five works you shouldn't miss. A WHEATFIELD WITH CYPRESSES, 1889

This painting is perhaps one of the exhibition's best known pieces. You'll see it emblazoned on all the NGV's marketing collateral and once you're standing in front of it, you can feel why. The vibrant colours and rolling cloud banks are euphoric. There's nothing more to say except this painting is worth the ticket price alone. 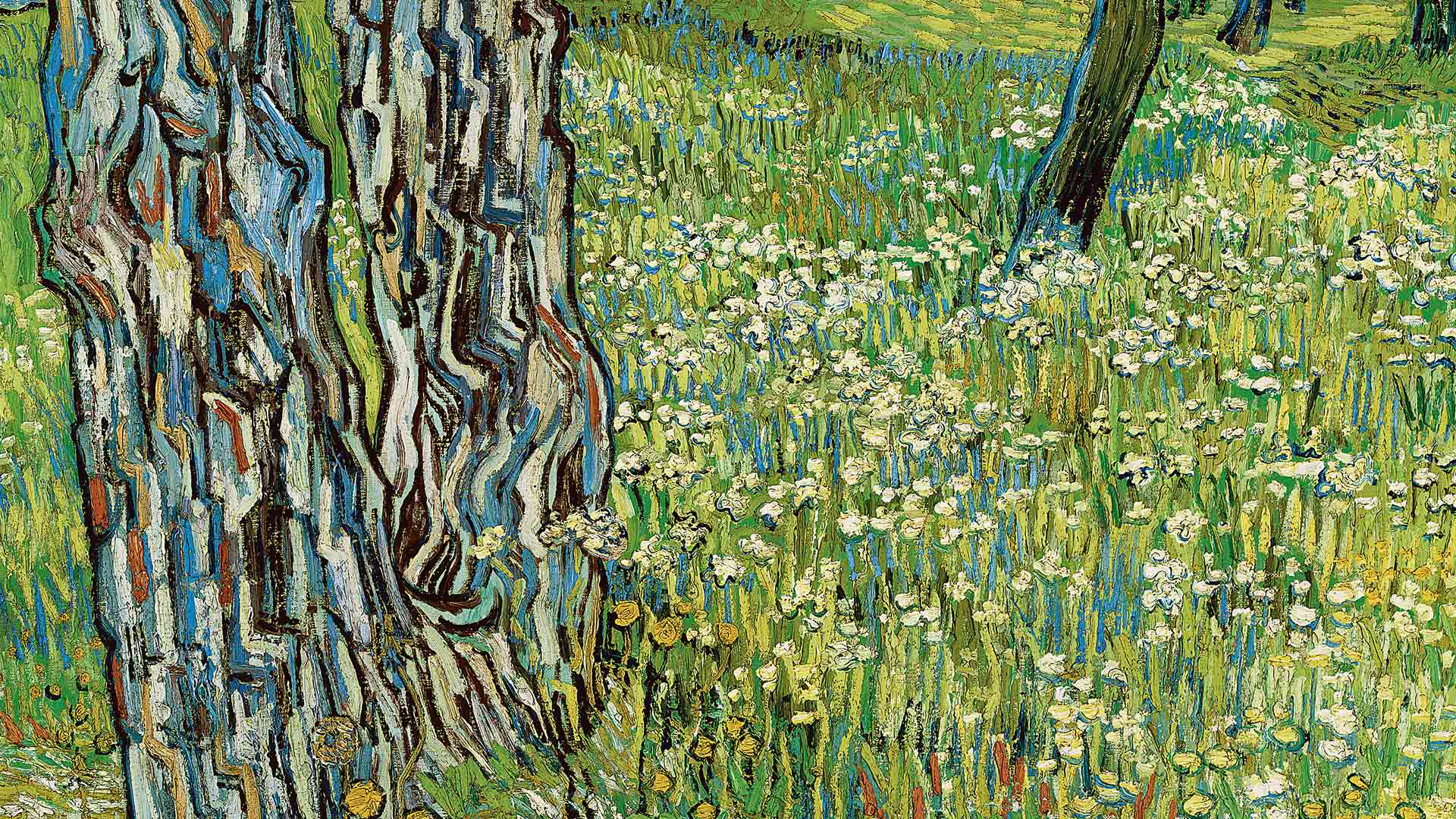 The composition of this painting is a departure from the Van Gogh tradition. It's an awkward close-up of a tree trunk and surrounding vegetation but it stands out for the detail, the peaceful atmosphere, and the perfectly balanced colours. Van Gogh painted this in the spring (April) of 1890, just after a period of severe mental illness and only months before taking his own life. Love a good Cezanne town landscape? Don't miss this work. Painstakingly composed and one Van Gogh's more structured pieces, View of Saintes-Maries-de-la-mer will catch you off-guard. While his style was overwhelmingly more fluid and impressionist, this scene is clearly defined and an interesting counterpoint to the rest of the spring and summer pieces. This is part of a series in the 'spring' section that is collectively stunning. The delicate pastels used in this season represent Van Gogh's time in Paris, living with his doting brother Theo in Montmartre, where his style lightened and evolved into what we know today as his best works. As a lover of nature, the fertile spring inspired some of his most beautiful pieces. 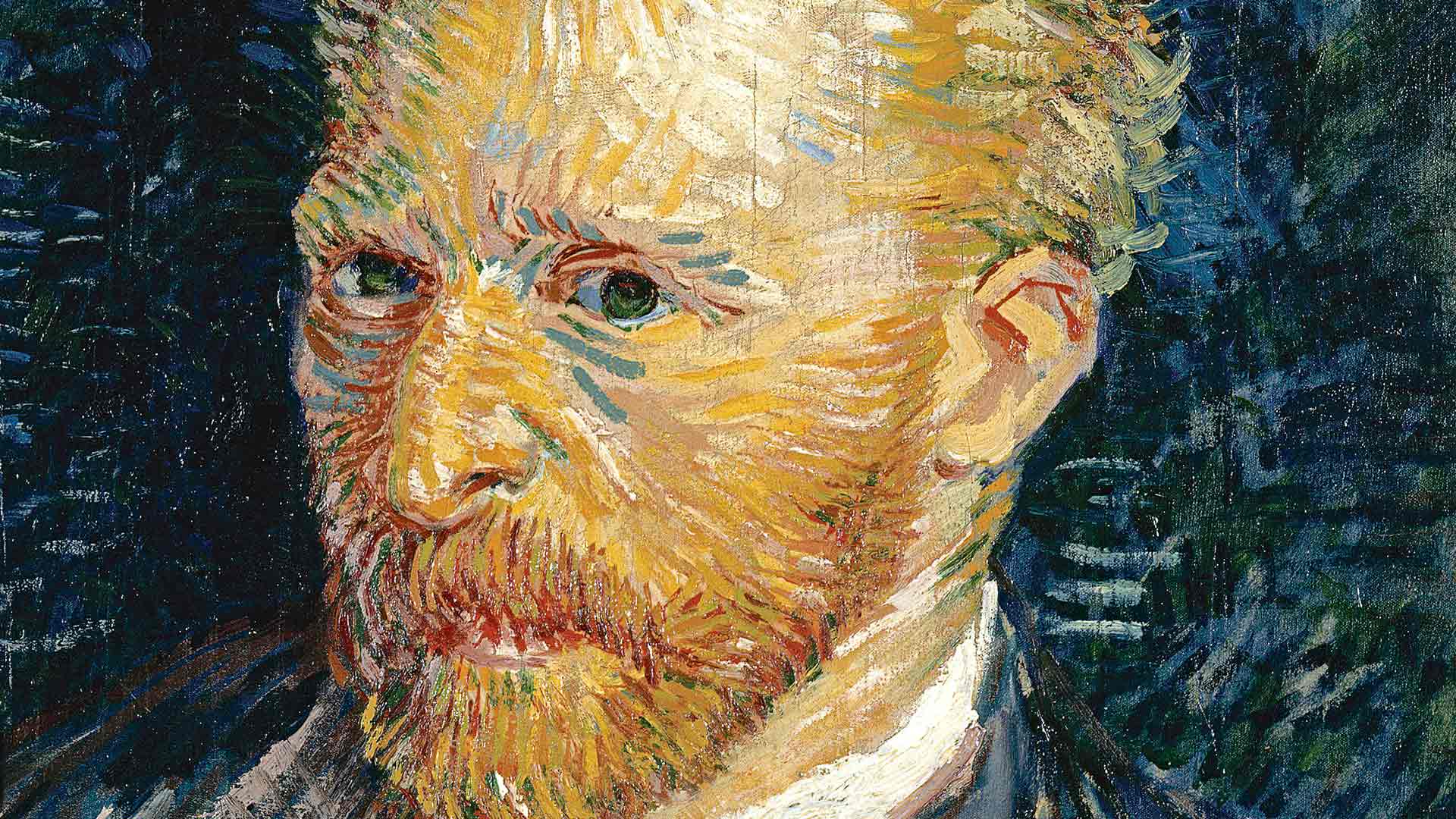 And at the very end of the exhibition, we get a final glimpse of the man who had previously remained faceless. A small but articulate self portrait of a weary looking artist, rendered three years before he died.

Van Gogh's final words, spoken to his brother Theo, were famously, "The sadness will last forever". There's a lot of sadness in this exhibition. If you can, we recommend you walk through alone and take it all in.

Van Gogh and the Seasons runs April 28 to July 19 at NGV.