With its frames filled with teenagers and 20-somethings driving across America in search of a different life, watching American Honey feels like tagging along on a road trip. Many movies have charted characters coming of age as they traverse streets and highways and varying landscapes, but, with this film, Fish Tank and Wuthering Heights writer-director Andrea Arnold wants audiences to feel — rather than simply observe — the journey that results. "It's like an experience, rather than like a film," offers actor Riley Keough.

After rocking out in The Runaways, racing through the desert in Mad Max: Fury Road, and starring in the television remake of The Girlfriend Experience, Keough plays the tough-talking, no-nonsense, money-focused Krystal, the leader of a crew that ventures from town to town and door to door selling magazine subscriptions. Jake (Shia LaBeouf) is the closest she has to a second-in-charge — and he's the reason that 18-year-old Star (Sasha Lane) decides to join the group, lured in by his charm, epic rat-tail and Rihanna-inspired dance moves.

Theirs is a careening trek, with Star's entry into this brave new world the focal point. Mile by mile, they encounter privilege and poverty, kind and cruel passers-by, and new revelations about themselves and others, all set to an eclectic rock, pop and hip hop soundtrack. Populated by a mostly non-professional cast (who largely improvise dialogue), Arnold's film was shot on the road and in sequence — meaning that it replicates reality as much as possible. With American Honey now screening in Australian cinemas, we spoke with Keough about living rather than acting her part, seeking out complicated roles and making a movie that touches people.

ON WANTING TO BE A PART OF AMERICAN HONEY

"Well, I heard that Andrea [Arnold] was making a film, and I was a really huge fan of her. And I went and met the casting person, and it was a bit of a different casting experience. I was just kind of, I was very persistent on wanting to do everything I could to be able to be in this film, I guess. ON MAKING A MOVIE IN SEQUENCE ON THE ROAD

"She [Arnold] gave us a situation where we were allowed to just exist as these people, and it wasn't like something that a movie normally is. You kind of just had to take it day by day, and see what happens. It was like she was writing our lives for us, sort of, day by day.

It was in sequence, and we wouldn't know what was happening until the day of. I don't think any day was the same. You get picked up, you go do your thing, you go back to your motel. There was no line or boundary between anything really. It was all just kind of what you see in the film. Everything she captured was real. I don't think people really knew either when she was rolling and when she wasn't." "There weren't really any acting choices. The thing is, when you're acting with non-actors or children, you can't really have an acting choice. You can't really act. You're forced to really open up to the scenario, which is what I think everyone's looking for, which is non-acting. You know what I mean? If I could do it on every film, I would, because it's what you're looking for when you're working with actors on every film. Because for us to be fully present and spontaneous and not have to have any attention on anything going on around us — it's a really magical thing to me. ON SEEKING OUT STRONG, INTERESTING DEPICTIONS OF WOMEN

"I definitely try to avoid a cookie cutter woman at all costs, just because I don't find that interesting. The normal characters that are written for women that are a bit two-dimensional — I definitely want to avoid that because I don't like doing that. I don't think any woman likes that. It's just like, a lot of the types of roles that are written for women are supporting the narrative in some way, and writers don't really want to go in deep on who these people are. And Andrea's amazing at that, in all of her films. Every little person, you know, they're so complicated. I think that's what makes her films so full of life.

I look for something that I've never done before, whether it's the tone of the film, or the style or the character, or all of it. Just things I haven't done before, you know. But also, I like strong women." 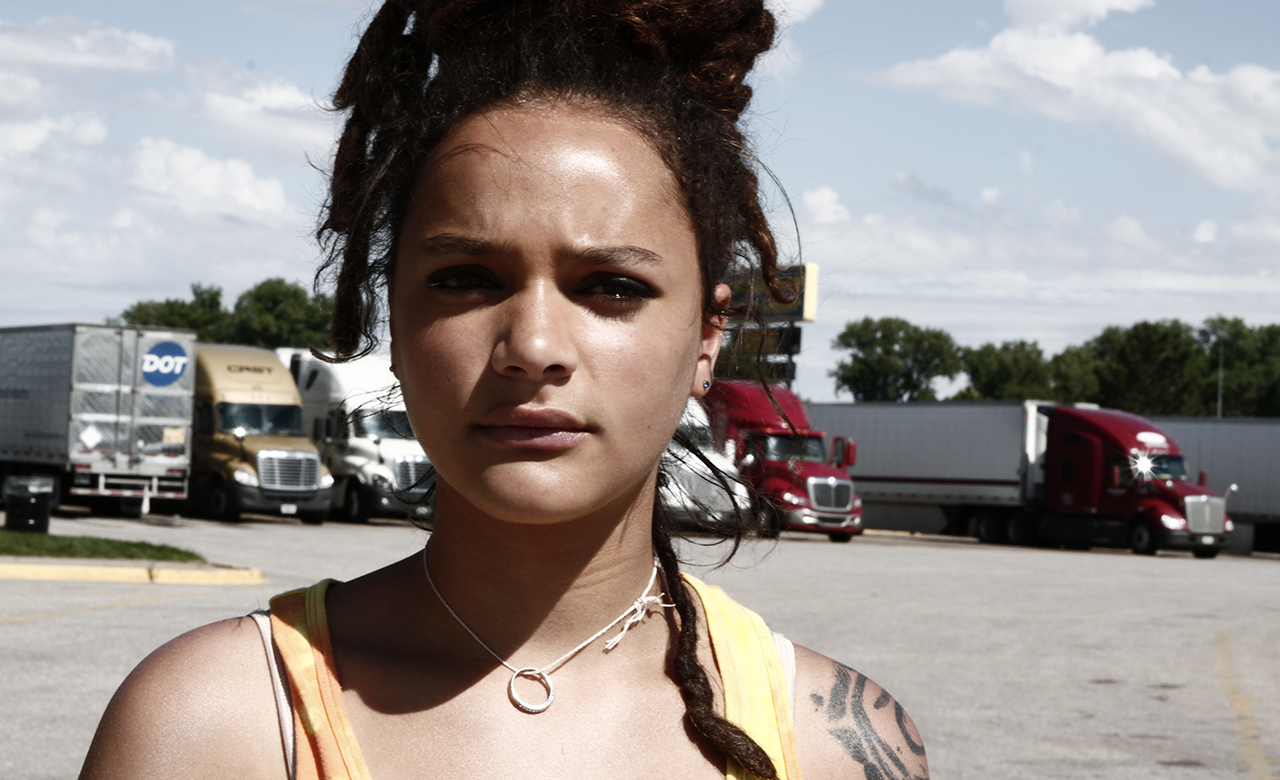 ON REACTIONS TO THE FILM

"I have a lot of people walk up to me on the street or in the store and be like 'American Honey!'. I can see it in their eyes, how much they enjoyed watching the film. And I've never had that as an actress before. I have a couple of times, with Fury Road and GFE [The Girlfriend Experience], but with American Honey it was in a different way. I could tell it really touched people in the way that films touched me when I was teenager.

I think it really touches people's sort of core. And that, to me, we've done something to the audience, which is kind of what you're always trying to achieve. So, I don't know how to really describe it, but it's kind of like what we always want to be doing with art.

I think it happens a lot with singers, where they see sort of a more clear version of it. They listen to your song, and people are like 'oh this song got me through this thing.' It's very like clear version of art touching someone in a way, and I think American Honey is really getting to that sort of place in people's souls. It's just been a really cool thing to watch."

American Honey is now screening in Australian cinemas. You can read our review here.