Fifteen years ago this week, in two Los Angeles cinemas, The Room enjoyed its world premiere. Telling the tale of a banker, his adulterous fiancée, his conflicted best friend, a local teen caught up in a drug deal, a mother with cancer, a particularly awkward party, a bunch of guys playing football in tuxedos and the worst apartment decorating scheme you've ever seen, the film wasn't met with applause, acclaim or anything in the way of excitement. And yet, all this time later, it has an avid fan base, still sells out screenings around the world, and has inspired both a behind-the-scenes book and an Oscar-nominated movie.

Of course, you've seen The Room, thrown spoons at it and marvelled at how Tommy Wiseau somehow managed to make a movie that's both terrible and enjoyable — but Wiseau and his co-star Greg Sestero aren't done yet. They both played a part in last year's The Disaster Artist, as based on Sestero's book of the same name, and now they're back in something completely unrelated to their big claim to fame.

In Best F(r)iends, the pair return as a mortician and a drifter. Yes, you can guess which part the lank-locked Wiseau plays. Sestero's down-on-his-luck LA resident Jon is given the chance to work for Wiseau's morgue owner Harvey Lewis, but neither is being completely honest with each other. Scripted by Sestero but (thankfully) not directed by Wiseau, the black comedy is literally a film of two parts, with Best F(r)iends: Volume One currently touring the world ahead of Best F(r)iends: Volume Two later this year.

With Sestero returning to Australia for Q&A screenings of the first film, we chatted to him about not only making another movie with Wiseau, but writing a part specifically for him, among other topics. These are the ten things we learned.

"For so long, I didn't expect to work with Tommy again after The Room for many reasons. But once I decided to take him seriously, I realised that he really hasn't been utilised properly as an actor. And this is really a chance to really do him right and put him in a part that he could succeed in — while at the same time, I was really genuinely interested in working with again.

I really believe that Tommy can be interesting as an actor, but he just hadn't been given the right part."

HE NEVER CONSIDERED GETTING WISEAU TO DIRECT

"I really wanted to see him focus on being an actor. I'd handle the producing, and put the right team together that would just be there to make a film, and we wouldn't make The Room 2. And I thought he really shines as an actor — and I thought giving him a chance to focus on that. And he really put in the work. We rehearsed a lot. You know, he memorised most of his lines.

I wrote the part with him in mind, so the dialogue definitely catered to his strengths, but he put in the work and he showed up ready to do this best." 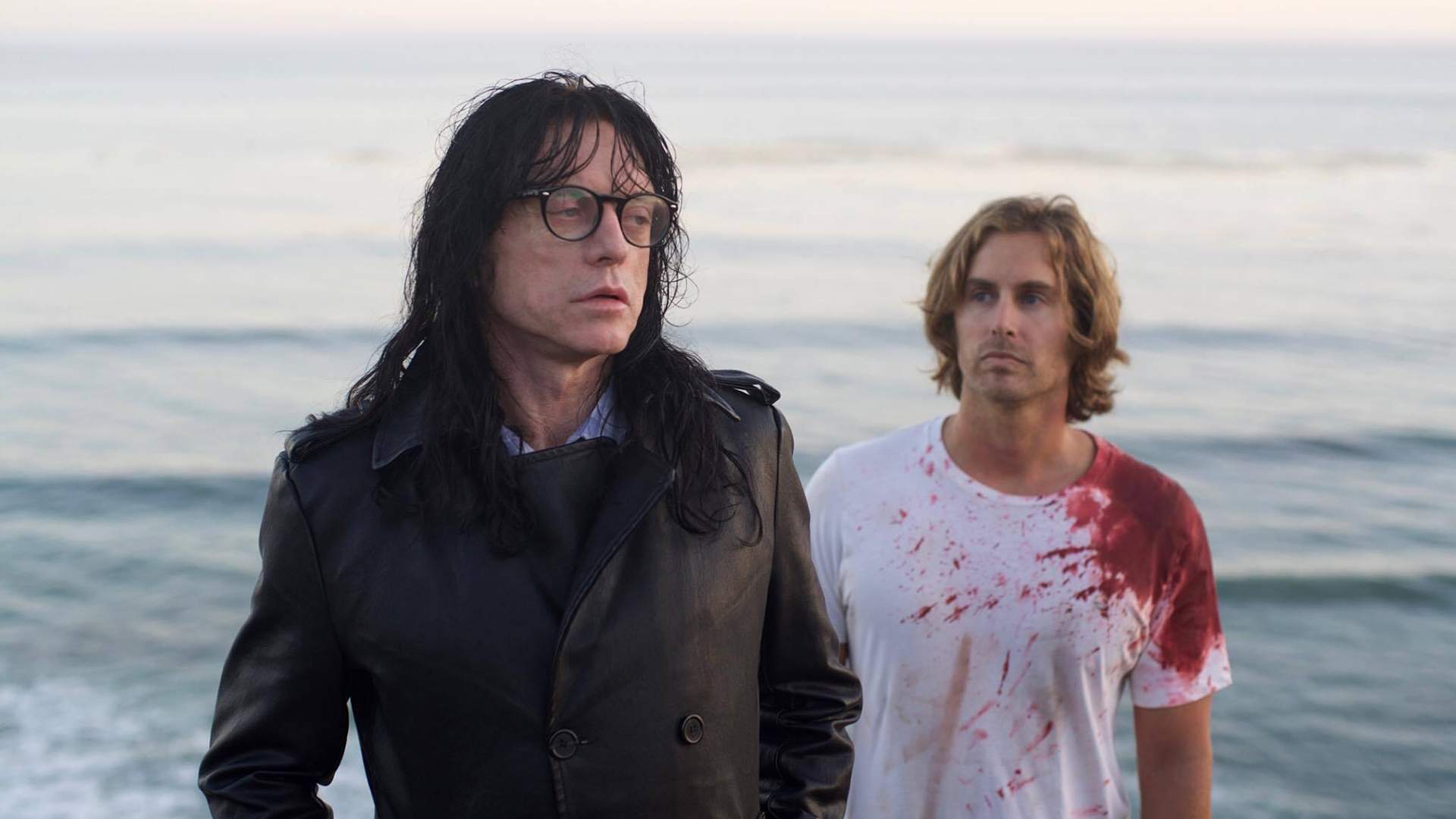 "I took a road trip with Tommy up the California coast back in 2003. I thought we were just going up to have a good time, but Tommy assumed that I was plotting this thing against him, and that I was going to try to kill him. I mean it was just really far out.

So when he explained to me why he thought that, and what he was feeling, all these years later when I was sitting down to write this story, I explored that. And I thought 'what if I was, and how would it go down, and what would happen?'. And so it kind of gave me a jumpstart into writing this story."

"The other true event was that my brother is a dentist, and so he told me this very bizarre, underground business that is happening in dentistry, with human teeth. So we use all real teeth in the film. That's all kind of stuff that actually goes on." 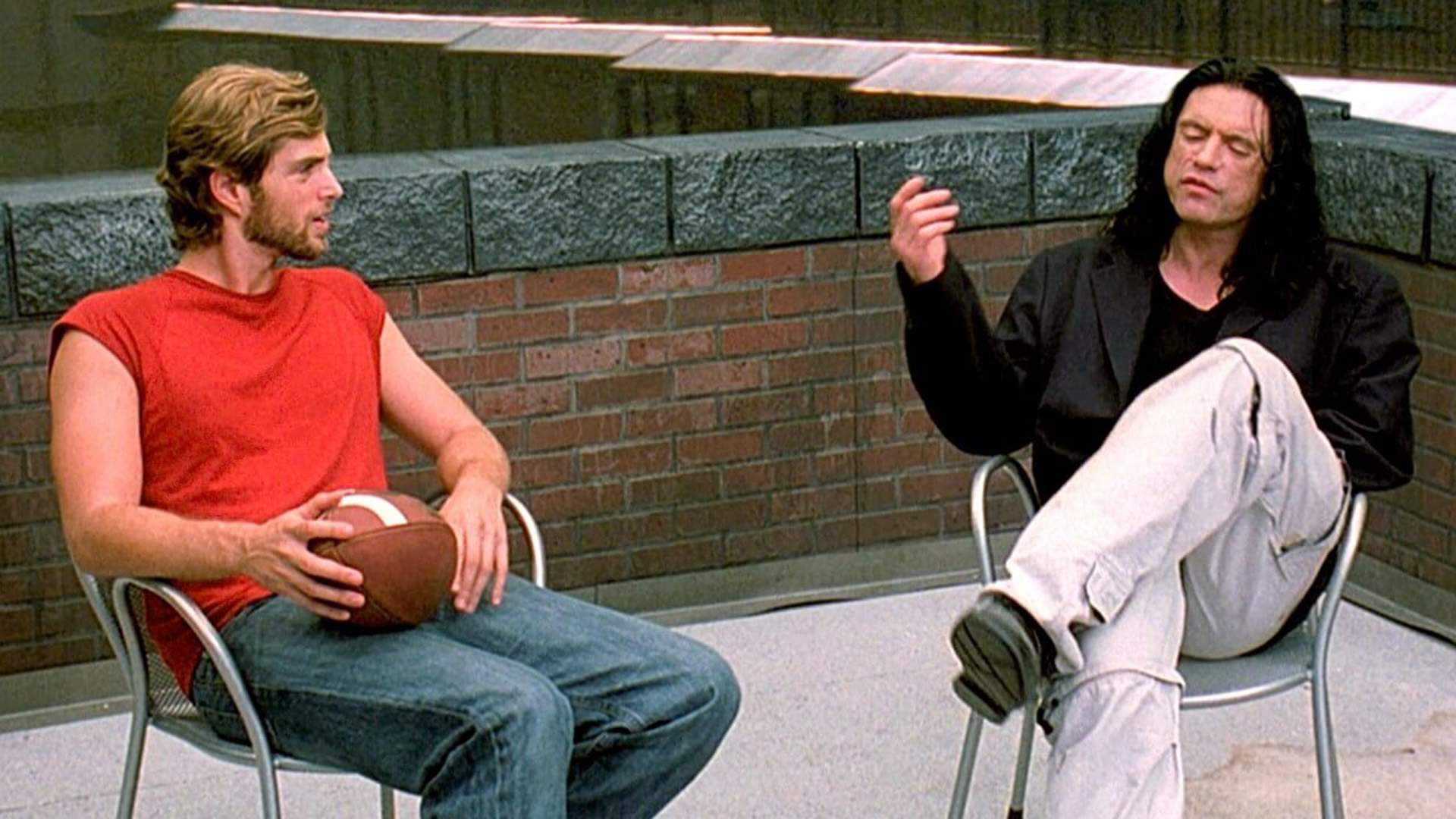 HE DIDN'T REFERENCE THE ROOM ON PURPOSE, BUT YOU'LL SPOT A FEW NODS

"Any reference to The Room, to be honest with you, was accidental or worked its way in. When I wrote the script, there were no references. There was no basketball scene. We shot at a real morgue, so there are bodies that'd come in and out that would interrupt the shoot — and we decided to play basketball as a break, and that ended up being filmed and being turned into a scene.

The spiral staircase that was in that office just happened to be there, you know. There wasn't any intention to reference The Room in any way, but the things that did, I feel like if they were organic and worked their way in, it was fine."

HE CREDITS THE ROOM'S SUCCESS TO WISEAU

"It's just something that is completely unique — because it was made by one man who had creative control, had the money to say 'this is the way we're going to do it', and just sees the world so differently. So people see it and they can't believe that it really exists, and it's just one of those things you want to share with people because it has no business succeeding or even existing. And there's just kind of this magic to it. Because there's nothing else that exists like it, it unites people in a way — they're craving something different — and it just delivers a flavour that you know you can't recreate it.

It's just to the power of being original, I think, is what I've learned. Tommy hasn't tried to change himself for acceptance. He just is himself, and I think people like that." IT REALLY ISN'T EASY TO BREAK FREE FROM THE ROOM

"I never thought anybody would see The Room — it was kind of something that I was backed into. But I love a challenge, and I think there is something fun and challenging about trying to rework what you're working on

I think it started with The Disaster Artist book. When a lot of people thought I was going to write a book about the experience, I think they expected fan service and a quirky making-of, like 'lets look at all these wacky things that Tommy did'. But I really approached it in a way that I thought could tell a story that could become an Oscar-calibre film. At the time I think people thought that was a little far-fetched.

It's definitely a challenge for any cult film, but especially with this one — where it's considered the worst movie, and people who see it throw spoons at the screen, and actually get involved in the performance or the film that you're making. You just need to be really aware of what you're trying to say to your audience. I believe your audience will follow you if you approach things properly."

HE'D LIKE TO MAKE A BABADOOK-STYLE HORROR FILM NEXT

"I want to make a horror film. I definitely have been influenced by The Babadook and these kind of new horror films — and I want to play on the psychological aspect of horror rather than the blood and guts, or to try to combine the two. But definitely horror is the genre that I'd love to go for." "People have started showing up with bloody shirts and holding homeless signs, but I think throwing plastic gold teeth would be kind of cool. That could catch on — or maybe plastic lemons or serving lemonade? That could be pretty cool.

The audiences that I've seen it with, there's definitely some interaction — but nothing being thrown yet. But I'm sure that people will come up with something."

"It's completely different. It's insane. I like to think that if this film is Nightcrawler and Double Indemnity, then Volume Two is Psycho meets Breaking Bad. But it's totally different. I think Volume Two is my favourite, but I think it really compliments Volume One — and I can't wait for people to actually get to watch them back-to-back. I really hope they enjoy it as much as we enjoyed making it."

As well as touring Australia and New Zealand in Q&A screenings, 'Best F(r)iends: Volume One' will open at Melbourne's Cinema Nova on July 5.