Sonic Masala is a long-running, Brisbane-based music blog that has earned a cult following from serious music fans and musicians alike. With a local lens and truly Australian flair, Sonic Masala has been a long-time favourite in the music blog scene, even branching out and fostering the community with their own brand of live shows.

After launching their own record label this year, the Sonic Masala team decided to hold their own music festival, with a highly curated list of local and interstate bands that are favourites of the tastemakers themselves. Sonic Masala Fest is taking place at the Greenslopes Bowls Club on June 21. We caught up with Sonic Masala founder and man about town Brendan Telford to find out what it is all about.

For those who don't know, what is Sonic Masala?

Sonic Masala is a music blog primarily, which has been going for over four years, but has also included putting gigs on monthly and recently branching out to become a record label.

What made you want to start such a project?

The blog started with a "why not?" sort of epiphany. I was at the My Bloody Valentine-curated ATP in England back in 2009 with a mate, Paul Marsh, and around 4am we started cooking up this curry, listening to music, still drinking. We thought we spent so much of our lives doing this (listening and talking about music mostly, but drinking and eating curry too) why not do something a little more proactive about it? So, Sonic Masala was born.

Paul dropped out within the year, but I kept hacking away, then I moved back to Australia in 2011. I had heard a few horror stories from local bands about struggling to find good venues and shows, being promised things and then not getting paid, I thought, "How is this still happening? It's 2011!" So when The Waiting Room in West End opened up I booked a night and that was how the gigs were born.

The label has been a distant dream of mine, and through dumb luck, some hard graft and a lot of lunacy, Sonic Masala Records was born.

What did you want to do with Sonic Masala in the beginning?

Write about music. I was going to about three shows a week anyway, why not? It's changed over time, but initially it was just about music I liked. I've pared it back so its more Australian-oriented and focusing on bands that aren't really needing (or even wanting) my critical approval. I used to write about Grinderman or Neil Young releases, and I still love that stuff, but don't write about it. The gig nights were about bands playing regular shows and (hopefully) getting paid for it, and the record label is all about putting out albums that I love that wouldn't see the light of day otherwise — at least in vinyl form. This year you've started putting out records through Sonic Masala. Was this always a goal?

Yes and no. It has been something of a dream of mine, but not one I actually thought I'd be stupid enough to actualise. I have wanted to continue pushing quality music, both popular and outlier acts, here in Brisbane since returning from London in 2011, and that passion has only grown over time.

I attempted to get a label thing off the ground in 2012, pretty much on a whim; I wanted to put out Gazar Strips' first EP, Happy Valley. Due to crossed wires the band thought I wanted to be their manager and that all fell flat. Then when they started recording their second EP I asked again, this time we were on the same page — at the same time Roku Music asked me about help with their album.

How has the response been so far? Are you happy with what you've accomplished this year?

To be honest I think the response has been great. Most people understand what it is Nathan [Pickels, of Tape/Off fame] and I are attempting to do with Sonic Masala Records, and that is to breathe life into projects, releases and bands we really believe in, with a particular focus on Australian acts, especially Brisbane. Also, releasing on vinyl — there is an emphasis on that fact. It was always "we make records or we don't do it at all".

It's a true labour of love. So far we have had the jackets screenprinted by good friend #7thdisaster, we have had friends and family help out with putting the jackets together, creating the special edition releases and the postage and handling. That DIY feel also evokes a sense of authenticity, diligence and care that I always love about a strong label no matter how big or small. We put in lengthy unpaid hours every day, but I think it is well worth it. So yeah, we are super happy with how things are going! For a while there has been a live component to Sonic Masala (small scale shows), when did you decide you wanted to putting on something bigger, like Sonic Masala Fest?

Man, this is a big ticket dream! Everyone dreams of sitting down and putting together a festival, don't they? I wanted to pay homage to some of the biggest and best bands that have graced a Sonic Masala showcase since kicking it off in 2011. I also feel like we need to continually celebrate the music that exists here in Brisbane right now. Many of the stone-cold classic acts here do not get the love and crowds they deserve, and I'm hoping something like Sonic Masala Fest will be an opportunity for the bands to sell merch and play to appreciative people.

It's a celebration of Brisbane. There are a few interstate bands — with Scul Hazzards and Narrow Lands, they have played Sonic Masala Record-oriented shows in Melbourne and Sydney respectively (and in Scul's instance they have strong Brisbane ties). Plus there is so much bitching about festivals these days, some of which comes from me also, so I thought I'd put my money where my mouth is.

What is the biggest challenge you've faced with putting on SM Fest?

Money. I wanted the festival to also promote a local venue that I feel needs more support and love, and so I'm anxious that there is a good showing for the Greenslopes Bowls Club too. Also, I wasn't able to get all the bands I wanted. Probably the biggest challenge is getting started.

The idea sounded great, but like most of my "great" ideas involved alcohol and drunken verve. It's the morning after when you groggily wake and think "What did I promise I'd do?" But I try to follow through on these crazy ideas, and that is the fun part. 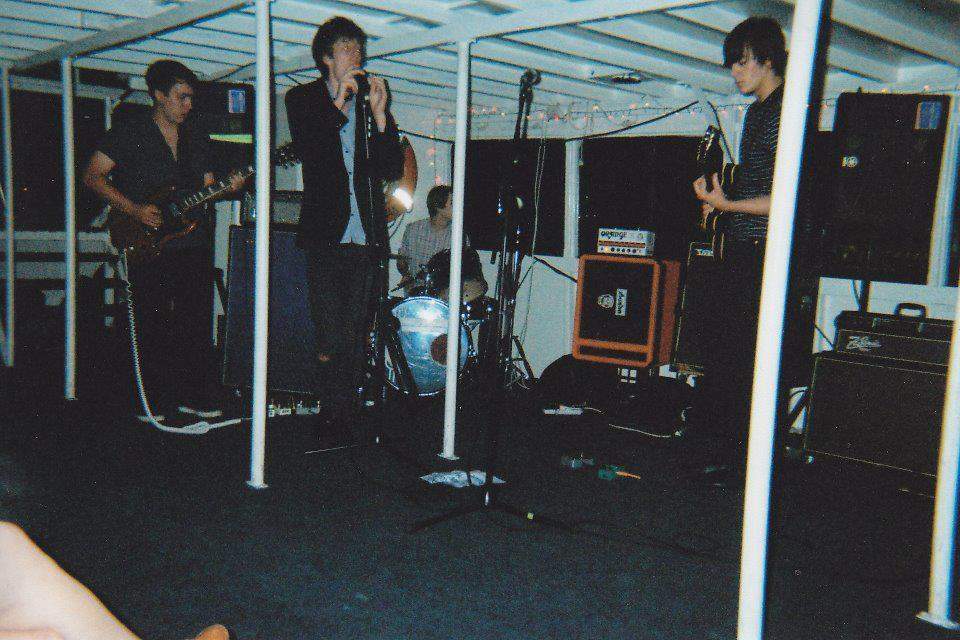 Got any big plans for the future?

More releases. We have Cobwebbs out shortly, and some planned releases for later in the year including a split album between a local band and an interstate band that might become a regular 'thing'. We also have a compilation in the works, again with the idea of combining artists who have played a Sonic Masala showcase over the years, which is very exciting. There are also some plans afoot that takes Sonic Masala even further afield in the world.

What are some Brisbane bands that you think are doing great things at the moment?

There are way too many to mention; every band that are playing the Sonic Masala Fest, for a start. As for new stuff, No Sister, even they are on an indefinite hiatus, showed something truly special in their starburst tenure. Multiple Man are still the best idiotic nihilists in town. Barge With An Antenna On It are just getting stronger and stronger, the loveable lugs that they are.

Woodboot, The Wrong Man, Unpeople, Occults, X Wave and so many more are on the cusp of doing something absolutely incredible. Seriously, people talk about Melbourne, and it's an incredible melting pot of music, but there is something more visceral and ridiculous about Brisbane music these days that makes it worth hanging around in the sun for ten months of the year to take part in.

Where are your favourite places to eat, drink and party around Brisbane?

One of the biggest downfalls of Brisbane that Melbourne has us perennially pinned to the canvas over is that we have very few good actual pubs — they are what I love about life, and not having many to visit (and the continual downward spiral that is the Valley) kills me daily. So the Underdog gets that by default, but again I only go there when gigs are on. I do love beer though, so places like Newstead Brewing, Tipplers Tap, Brisbane Brewhouse, The Scratch, The Burrow (who also do pretty sweet pizza) all work for me.

I do love eating. Sitar Indian in Albion is great, London-rivalling Indian, with a consummate host. I love breakfasts and there are heaps of great places to visit in Paddington and New Farm for that. There are new places opening all the time, it's crazy but I can't complain. Partying is all about gigs or house parties for me. These are my favourite pastimes actually — music kills my eardrums, drinking kills my liver, eating kills my health and partying kills my brain. All in excess.

Sonic Masala Fest will be on Saturday the 21st of June at the Greenslopes Bowls Club. Tickets are $10 on the door. The full line-up can be found here.

There will be a Pre-Fest party on Thursday at The Bearded Lady with performances from Scul Hazzards, Frown and Occults.