Fittingly, and in an unanimous decision by this year's judges, 'Portrait of Guy Warren at 100' has won the prestigious award in its 100th year.

From a field of 52 finalists — including, for the first time in its history, an equal number of works from both male and female artists — the 2021 Archibald Prize has been awarded to Melbourne-based artist Peter Wegner for Portrait of Guy Warren at 100.

An unanimous decision by this year's judges, Wegner's portrait of the centenarian and fellow artist won the gong in a fitting year, with the Archibald turning 100 in 2021 as well. "Guy Warren turned 100 in April — he was born the same year the Archibald Prize was first awarded in 1921," Wegner said. "This is not why I painted Guy, but the coincidence is nicely timed."

"I have been working on a series of drawings of people who have turned 100, beginning with my Aunty Rita seven years ago. I've gone on to draw more than 90 centenarians," Wegner continued. "I chose to paint Guy Warren because he is one of the most incredible centenarians l have ever met. This portrait honours Guy in the 101st year of his productive and meaningful life." Wegner's win comes after 2020's history-making recipient Vincent Namatjira, who became the first Indigenous artist to receive the prize. In 2019, when Tony Costa emerged victorious, he did so with the first portrait of an Asian Australian to ever win the award.

In 2021's main field, two artists also received high commendations: Sydney artist Jude Rae, who was recognised for her self-portrait Inside out; and Brisbane artist Pat Hoffie, who submitted Visaya in a c-collar, a portrait of her daughter. The winners of the Wynne and Sir John Sulman prizes were similarly revealed today, Friday, June 4, spanning a number of other pieces. Yolŋu painter and printmaker Nyapanyapa Yunupiŋu took out the former — which awards the best landscape painting of Australian scenery or figure sculpture — for Garak – night sky. The piece represents Djulpan, the Seven Sisters star clusters that are also known as Pleiades, and marks the second time that Yunupiŋu has been a Wynne finalist.

This is also the sixth year in a row that an Indigenous Australian artist has been awarded the Wynne prize. The category also hands out three other gongs, with Tjungkara Ken receiving the 2021 Roberts Family Prize for Seven Sisters, Noel McKenna winning the Trustees' Watercolour Prize for South Coast headland (2), Ottoman rose, and Leah Bullen awarded the John and Elizabeth Newnham Pring Memorial Prize for Arid garden, Wollongong. 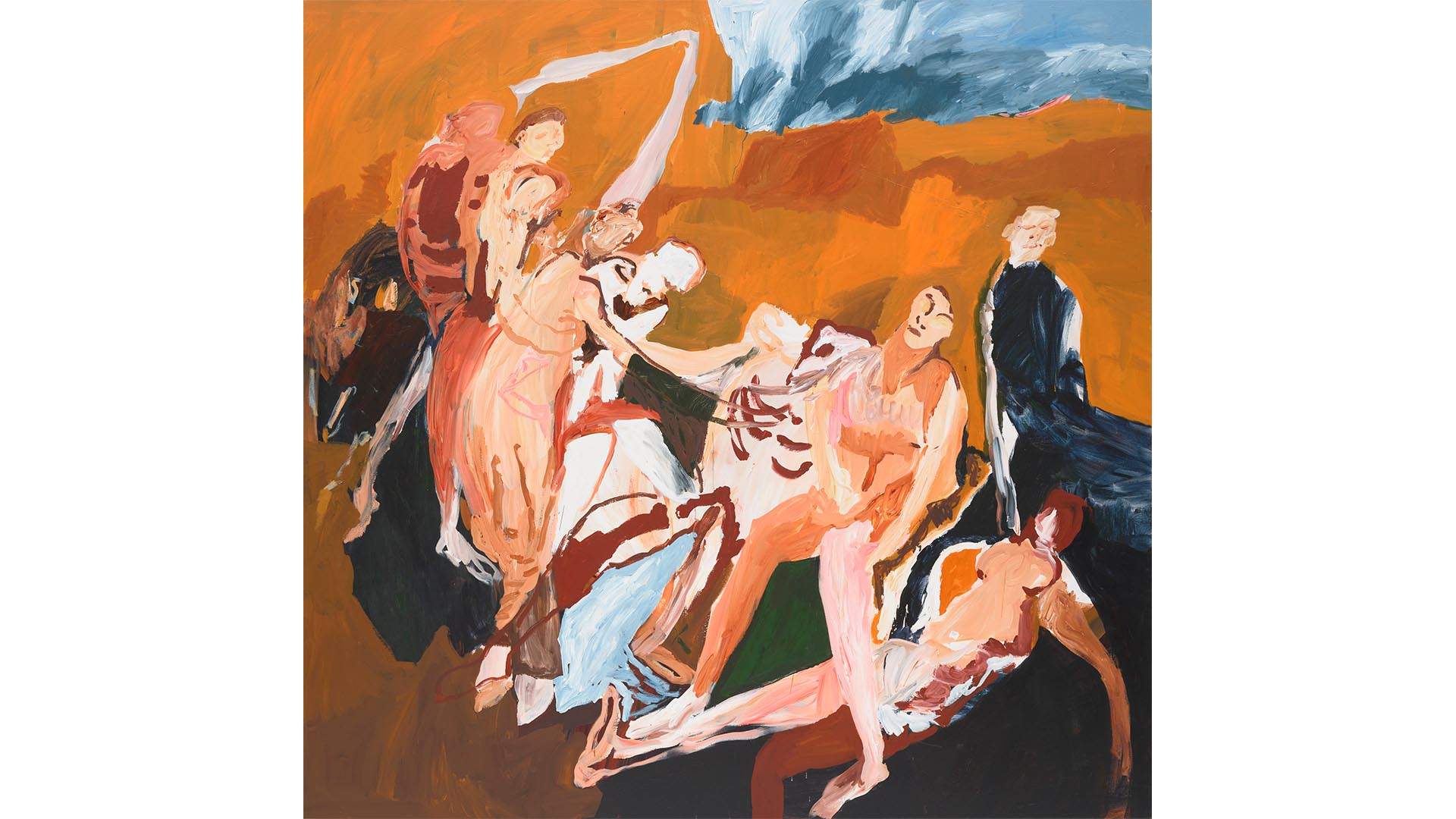 Winner Sulman Prize 2021. Georgia Spain, Getting down or falling up. © the artist. Photo: AGNSW, Mim Stirling.

The Sir John Sulman Prize goes to the best mural, subject or genre painting, and was this year awarded to Georgia Spain for Getting down or falling up. Limbs feature heavily in the piece, which was selected as the winner from 21 finalists by fellow artist Elisabeth Cummings.

The winning portraits and finalists will be on display at Sydney's Art Gallery of NSW from tomorrow — Saturday, June 4 — up until Sunday, September 26. If you don't agree with the judges, you can cast your own vote for People's Choice, which will be announced on Wednesday, September 1.