Imagine just being able to look at a drink and know exactly whether you'll like it or not. Well your phone can.

Craft beer has come of age in Australia. Even in the darkest, dingiest drinkatoriums where metal troughs still adorn the base of the bar, you'll likely find a boutique beer or two for the more discerning drinker.

But with new options on the market every day, how best to find the perfect one for you? Here are some handy smartphone apps that help take the guesswork out of choosing your brew. Untappd is like the Facebook of beer apps: a vast social hub of drinkers all eagerly posting reviews, checking in at pubs and breweries and uploading photos of their thirst-inducing beverages. It easily boasts the largest user base and is helpfully available on every platform. Flip on your location services and Untappd will alert you to both new beers and bars in your vicinity, as well as let you know who else is drinking there. Over time, it even learns your tastes based on your own drinking habits and reviews, then makes tailored recommendations for what to try next. 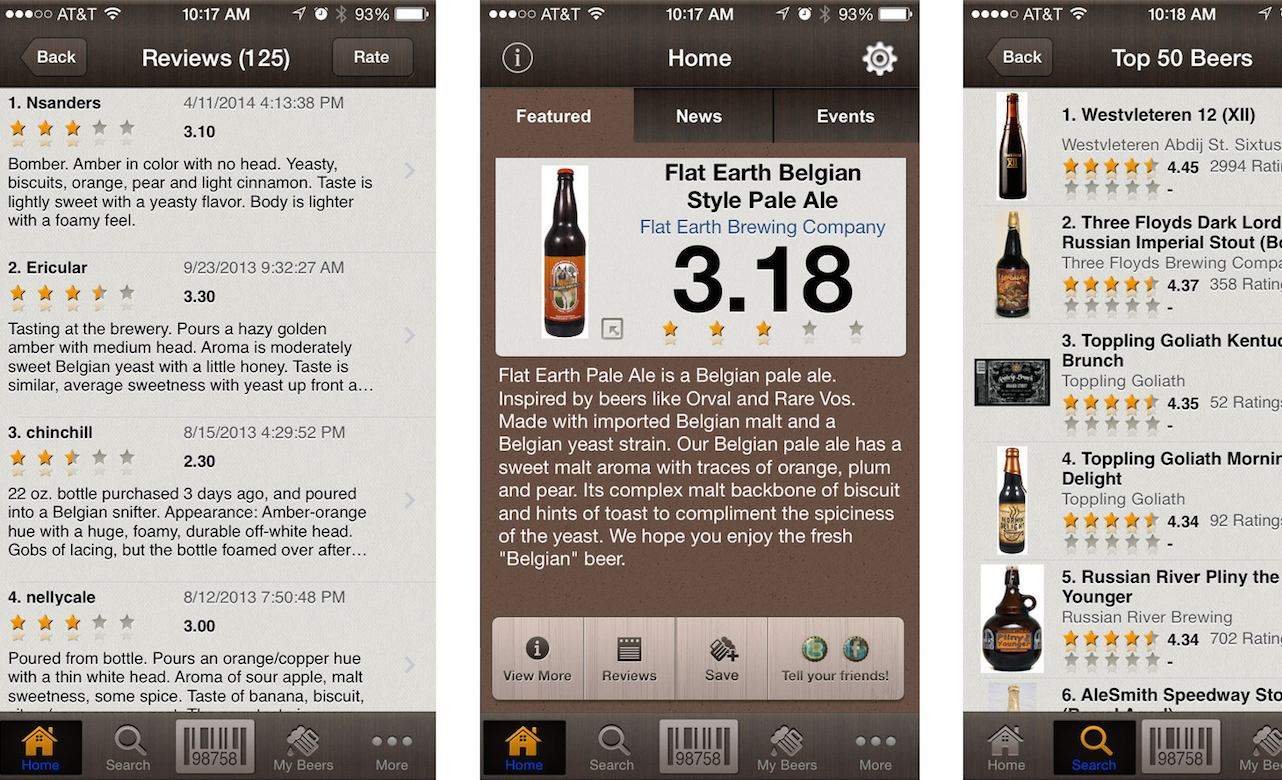 What Untappd is to the social side of drinking, Beer Buddy is to straight-up information. With more than 300,000 beers in its database, Beer Buddy lets your scan a drink's barcode and access a storehouse of information, including its alcohol and calorie content, brewery history and user reviews. It also features a wide-ranging search function that allows you to seek out your favourite (or soon-to-be tasted) beers according to bars, brewery, type of beer, season, the top beers in whichever country you find yourself and, of course, simply by what's nearby. Combining the official drinks lists of around 300 partnered pubs and bars in Australia with the reported lists by other Now Tapped users, this app offers a comprehensive database of craft beers around the country. Search by venue and you'll see everything they've got for sale, as well as drink info and a brief review for each. Search by brewery and you'll find all the places that manufacturer's products are available. Otherwise there's always map view, where you can see all the places nearby where craft beers are for sale. Cost: Free (but US only for now)

Imagine being able to just look at a drink and know (down to a percentage) whether you'll like it or not. Next Glass does exactly that by bringing science into the equation. Using a mass spectrometer to analyse the chemical composition of thousands of different beverages, Next Glass developed a detailed criteria against which your own preferences are then matched. Basically, once you've told it your favourite drinks, all you need to do is point your phone at a label and Next Glass tells you precisely how likely you are to enjoy it, as well as how much your friends like it and even how many calories it contains. This is the app for the serious craft beer brewers. Add your own recipes, try out the 250+ preinstalled ones or purchase more from the in-app store. Featuring a powerful scheduling tool, iBrewMaster lets you stay on top of every stage of the fermentation process, complete with notifications and info about nearby suppliers. Highly customisable and packed with details, it's a pricey but invaluable app for anyone who lists their favourite beer as the one from their own basement.