Ten Standout Craft Beers to Try Before the End of Summer

Given that The Simpsons Australia episode was more of a Fosters ad than anything else, it sounds clunky to claim 'beer is back Down Under'. When did it leave? So let's settle for the idea that brewers have lifted their socks in the wake of the return of cocktail culture. Hell, the Old Growler is pretty much a hops-filled speakeasy, beer festivals seem to be going off like fireworks on Guy Fawkes Day and home brewing is slowly being wrestled from the cold, dead hands of the river folk. Oh, and Coles now owns a microbrewery, Steamrail, that's exclusively stocked at their Liquorlands across the country.

The times they are a-changing. But, with a flood in the market, where should you be directing your attention before the sun cuts back its working hours and we're all staring down those few unmentionable months of winter? Here is a list of (mostly) local beers you've probably glanced over on a menu but may not have taken the risk, forgone your beloved Coopers and forked over those extra $3 for a taste. Let's try them together. Rice lager is a great way to ease into the wonderful world of craft beer — fruity, light and round, this offering from the Victorian brewery Kooinda is inspired by Tokyo City and the proof is on the palate. Plus, it is something new. You can pretty much taste everything in this tipple (the website even claims a bubble-gum finish), but it is surprisingly smooth and a go-to on those hot afternoons. Though, be warned: this one masks its 4.6 percent booze content with a ricey backbone and shouldn't be treated lightly. For a more traditional rice lager, try out the Koshihikari Echigo Beer. Four Pines comes out of Manly, and offhand there is nothing in their range that isn't worth a look. The kolsch is an absolute winner, but their pale gets on here by virtue of its wide appeal. They use an unusual amount of hops in here, so expect a mouth-filling flavour, but the softness of the pine and bite of the grapefruit wrangle it in and make it a very versatile food match… Admittedly I'm thinking pub food here, but heck go with it. If you are looking for something a little bit more familiar (yes I'm talking to all of you smashing-Sierra-Nevadas-like-its-going-out-of-fashion people) in a pale ale but still interested in broadening those horizons, try out the Murrays Angry Man. It's got a bit more punch and hop, aka bitterness, and will suit a blokier pallet — I swear I am not just running with their ridiculously awesome strong man versus kangaroo label here — but there is still plenty of complexity to the flavour. Keep a few in your fridge and order some unadvisedly hot Thai curry for your next Thursday in. 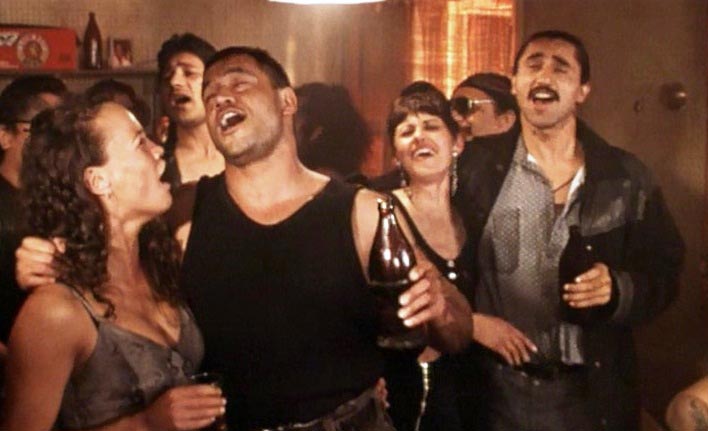 New Zealand does do a few things well, and one of them is pilsner — in this case German pilsner. Emerson's is a well-balanced beer with a healthy smack of nectarine and then (which those of you easily overwhelmed by ales will appreciate) a long, dry finish that makes this one taste like… well... beer, essentially, which is nice. A clean, crisp mouth-wetter with a few surprising flavour notes to get your tongue wagging. It is still an ale, but its not going to blow your socks off with an overwhelming burst of vanilla or pineapple. The Jasper is a great crowd pleasingly thirst quencher, and it is sold in pints which is good news for everyone! Most people who identify as non-beer-likers are actually just not that into hops, but that doesn't mean you have to forgo the whole drink. Plenty of people enjoy peat free whisky, and in the same vein beers that let the malt sing and tone down the hops, like this one, will make a convert of you in no time. For the rest of us, true believers, this deep-red Jasper Ale kicks off  fruity, finishes nutty and is very restrained on the carbonation front so it won't fill you up. An Australian pale (i.e. they use Australian hops), this critter came out for the 150 years of Newtown celebrations and remains only available in the Inner West — which makes it the perfect excuse for a trip to King Street. Young Henrys is easily one of the most talked about local breweries and this English summer ale is a fair bit drier than their other regular pours, with a golden look and refreshing finish. Head over to The Courthouse for a long lunch with this one before summer's end. This is a beautifully gentle beer that should have spent all summer teamed up with your favourite pineapple-filled burger. It didn't did it? Do not mistake gentle for wishy-washy or tasteless; there is a lot of wheat in this baby, so expect a dry finish, and there is fruit there too. And if the option to drink a beer with a maroon-sweated, bespectacled werewolf man for a logo doesn't get you high-tailing it to the Trinity Bar on Crown Street, then I feel like I don't even know who you are anymore, man. If this was 'Ten Beer Names to Appreciate Before the End of Summer', all of them would be from Feral Brewing. These WA beer freaks don't stop at making great beer, no, no; they then give them names like The Raging Flem, Runt and a whole selection of hogs. The Hop Hog is simply a great beer, but there is nothing simple about it: big on the hops, well balanced by malt, and somehow the whole room smells like pine when the top's off. Feral reminds us that some tastes can't be luck and someone, somewhere must know exactly what they are doing. Seriously, hop on a hog. Serious beer drinkers need only apply for this one, an Aussie twist on the Extra Special Bitter (this is normally an English speciality) that brought this Victorian brewery some serious international attention a few years ago. There are hops aplenty, a rich toffee-like malt and tropical wonders on the nose. Yes, I am an unabashed fan of this beer. If you're looking for a bit more oomph, pair it up with sherry casked single malt and sip away the next 45 minutes of your day. Okay, so stouts aren't particularly summery, but they also aren't particularly Sri Lankan, which is where this mochaccino-worthy bevvy hails from, so go with it. First up, it is smooth (look at how this thing pours into a glass; it's like they've managed to bottle the voice of Laurence Fishburne), and then you sip it and suddenly you've gone to that place Irish Coffee promised but never delivered. It is 8 percent, but honestly, you don't even notice. Well, not while you're drinking it at least. Try this one out for a flavour kick at the end of your next dumpling session at Uncle Mings.

Like anything, your appreciation of beer grows in direct proportion to the amount you pop in your gob, so get yourself off to an upcoming beer festival or check out the website of a brewery near you for the grand tour. Yes, it will smell like yeast. Yes, that is pretty much the smell of warm horse feed. Yes, you'll love it. Or else, we'll see you in the beer garden.