Get Ready for a National Crackdown on Free-Range Eggs

State governments are deciding on the first ever national definition of the term free-range.

By this point, everyone knows buying cage eggs is a first-world form of pure evil. Hens are crammed into tiny metal boxes and left to descend into madness. The eggs they produce are understandably sub-par, and their quality of life is next to nil. You don't need to have seen a Jamie Oliver doco or Four Corners special to get the gist of it.

But these days, even avid free-range buyers can get duped. Happy chickens are printed on every egg carton in your local supermarket, and dodgy phrasing like 'cage-free' and 'barn-laid' can trick you into buying something that falls way out of whack with your morals. Now something's finally being done about it. This week, state and territory governments have been tasked with creating a set of national guidelines to determine what exactly counts as 'free-range' and what these producers can legally lay a claim to on their cartons.

Surprisingly, this will be the first national legal definition of the term 'free-range'. At present, the ACT and Queensland are the only states where restrictions apply to the term, and they differ wildly. In the ACT, farmers can have a maximum of 1,500 birds per hectare to qualify for the term, but in Queensland this number instead sits at 10,000. The latter is also the standard employed by Coles free-range brand.

Though there is a voluntary industry code that allows up to 20,000 hens per hectare under the term, an investigation carried out by New South Wales Fair Trading concluded that consumers really have no idea what they're getting. It's estimated that around 40 percent of people now buy free-range, but they have an extremely limited understanding of what the term really means.

The investigation was in fact instigated by a super complaint from consumer rights organisation Choice last year. "At the moment, consumers have no confidence they’re not being ripped off and that’s a ridiculous situation," campaign manager Matt Levey told SMH. "People want to make ethical decisions but can’t."

Though any decided national standard will not take effect 'til 2015, it's understandably a step in the right direction. We should start openly talking about what's on our plate and put up a solid framework for the ethical treatment of animals. Next up: getting those happy rainbow hens off the cartons of cage eggs. If that's not false advertising, we don't know what is.

PS. We'd like to sincerely thank you for clicking on this article despite the title's awful pun. 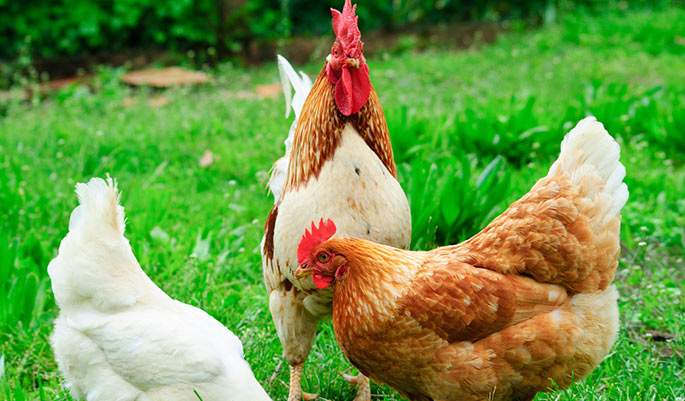 Via ABC and The Sydney Morning Herald. Photo credits: madelinetosh and p1ndar0 via photopin cc.