Feast on Australia's best cheeses — over wine, beer, whisky, vodka, gin and sake, of course — when this returning fest hits up Brisbane, Melbourne and Sydney.

You can never have too many occasions to eat cheese, but this returning Australian cheese festival isn't just keen to shower cheese fiends with creamy goodness. A collaboration between Bruny Island Cheese Co cheesemaker Nick Haddow and the organisers of Pinot Palooza, Mould wants dairy lovers to explore and devour the mild, hard and soft bites that Australia's best cheese wizards have to offer.

Returning for a fourth time in 2022 — after a chaotic couple of years, as all fests have endured — the cheesy event will paint Brisbane, Melbourne and Sydney yellow for a couple of days in each city this winter. And there won't just be a few cheeses on the menu. More than 75 artisan cheeses from around the country will be ready and waiting for you to devour, spanning dairy from 27-plus producers. That lineup includes Bruny Island Cheese Co, naturally, plus Grandvewe, Milawa Cheese, Yarra Valley Dairy and Stone & Crow. There'll also be wares from Section 28, Red Cow Organics, Nimbin Valley Cheese, and newcomers such as Dreaming Goat, Long Paddock Cheese and Second Mouse Cheese.

The 2022 events will span multiple days in each stop — running over three days in Brisbane and Melbourne, and two days in Sydney. For the first time ever, Mould is also headed to Hobart in October, if you feel like a cheese-eating trip to the Apple Isle this spring (with exact festival dates still to be announced). 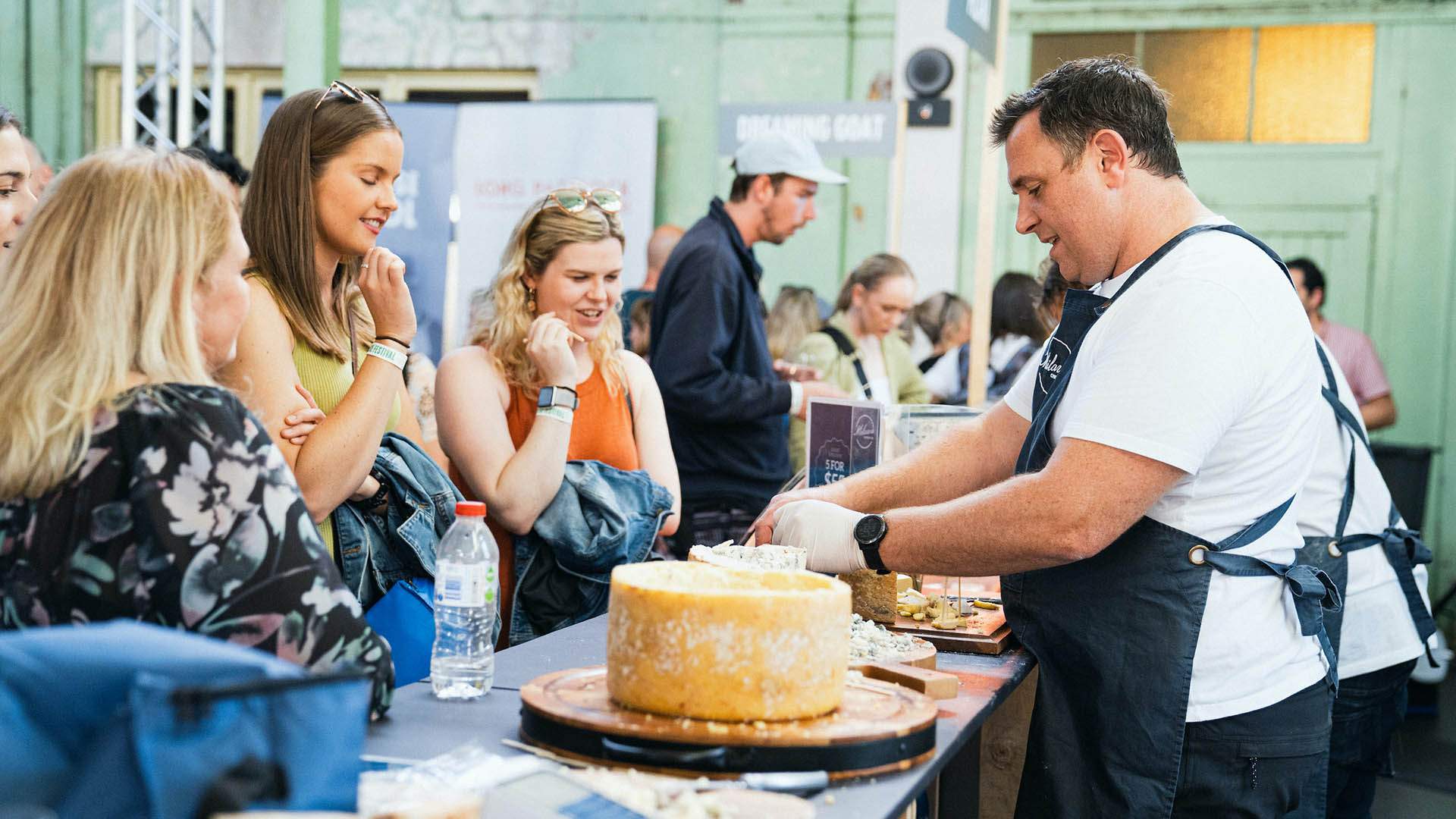 Alongside unlimited tastings of Australia's best cheeses, Mould will also feature flavoursome fare from cheese specialists that've been created just for the fest, too. Think of it as a cheese tasting trip around Australia without leaving the city.

Of course, snacking on samples and purchasing slices and slabs to take home with you are just two ways to enjoy cheese. The fest will have cooking demonstrations, masterclasses and talks so you can stretch your cheese knowledge as well as your cheese stomach. And it wouldn't be a cheese festival without beverages to wash it all down with, so expect a bar serving Aussie wines, whisky, vodka, gin, beer, cider, cocktails and sake — all of which match nicely to a bit of cheese.

Unsurprisingly, Mould is rather popular. Last year, attendees tucked into a one million samples across the fest's three cities, and also took home over 3.5 tonnes of Aussie dairy products. So, if this the kind of event that your cheese dreams are made of, you'll want to nab a $45 ticket ASAP. Mould — A Cheese Festival tours Australia from July. For more information or to buy tickets, head to the event's website.