The Customs House end of Queen Street is now home to a luxe 120-seater eatery with a 'Cleaver Club' — and a champagne and cocktail terrace bar to come.

When BŌS asks you to join its club, here's what it means: picking a dry-aged cut of meat from its cabinet, purchasing and reserving it, then tucking into it via the restaurant's 'Cleaver Club' whenever you're onsite. If that sounds like a swanky experience, it is, and that's what Brisbane's newest dining option has in store all round. You'd expect exactly that from a venue by Good Chef Bad Chef and Richo's Bar Snacks chef Adrian Richardson, plus ex-Cha Cha Char restaurateur Chris Higgins. Seating diners at tables and banquettes, or in the restaurant's al fresco seating, BŌS also clearly goes heavy on steak. It takes its name from the Latin word for beef, after all, which is indeed reflective of its menu. Here, you'll also find steak tartare, eight cuts from the grill included a bacon-wrapped fillet mignon, and two giant 1.2–1.5-kilogram options to share all on offer. That said, diners can also choose from oysters three ways, chargrilled Fremantle octopus, house-smoked salmon, sand crab lasagne, crackling-wrapped pork loin and duck breast with black garlic as part of BŌS' embrace of different types of proteins.

The culinary theme, other than meat: modern Mediterranean, as also seen in the lineup of handmade small goods like salamis, bresaola and pastrami; the southern rock lobster with hand-cut mafaldine pasta; and the hand-stretched buffalo mozzarella. As first announced in early November, BŌS sees Richardson and Higgins team up with lawyer Liam McMahon, with Richardson also taking cues from La Luna, his bistro in Carlton in Melbourne since 1998.

The drinks list is just as much of a highlight as the meat-centric menu, thanks to restaurant manager and sommelier Romain Maunier (Montrachet, La Cache a Vin). BŌS' vino choices favour drops from high-end producers in Australia, France and Italy.

"Our wine list is a journey around the world; it is the present moment but also an envy for the future, an everyday pleasure and a special celebration, a perfect food matching or just our favourite bottle," advises Maunier. If you prefer cocktails, the espresso martinis and affogatos fall into the 'liquid dessert' category; the full cocktail and spirits offerings fills seven pages; and there's a global gin selection, Bond-style martinis, share jugs of sangria and three kinds of spritzes.

BŌS arrives in Brisbane at a busy time for big culinary names making a move to southeast Queensland, much to local diners' delight. Guy Grossi has announced plans to open an Amalfi-inspired restaurant in Brisbane, Hong Kong's Michelin-starred cantonese restaurant T'ang Court launched on the Gold Coast and Melbourne's famed Supernormal is planning to set up a Brissie location. Yes, that's quite the stacked list of new and upcoming eateries to add to your must-visit list. 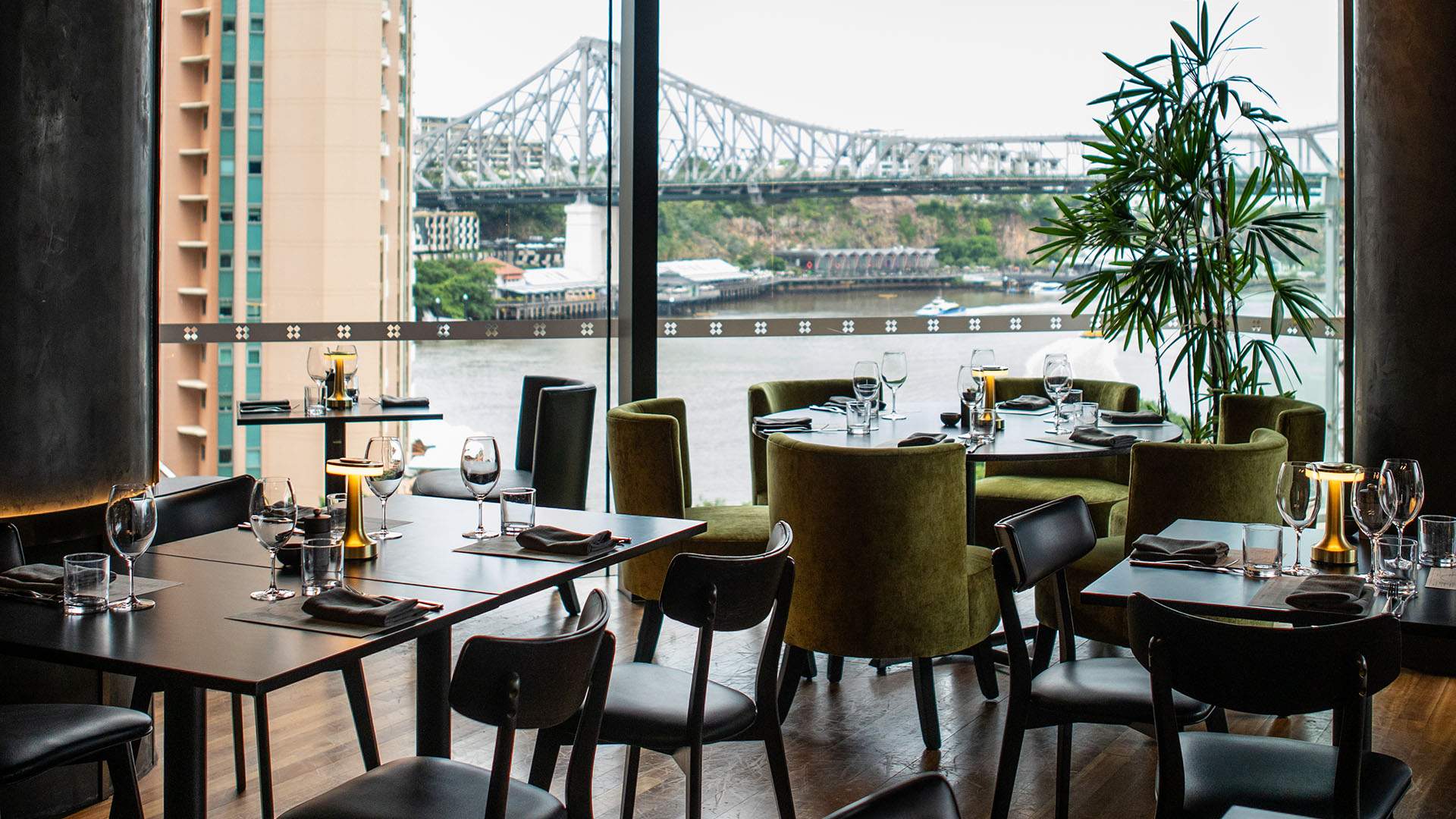 Find BŌS on level four, 480 Queen Street, Brisbane — open 12pm–12am Tuesday–Saturday. The Aviary Bar and Terrace is set to open in January 2023, and we'll update you with further details close to its launch.