With Eagle Street Pier being torn down, the Naga Thai crew — including head chef Suwisa Phoonsang — is making the jump over to a new Riparian Plaza eatery.

After almost two years at Eagle Street Pier, Naga Thai has shut its doors, with the riverside precinct about to be torn down to make way for a new $2.1-billion development. But the team behind it can't get enough of that part of the CBD — or the waterfront — with Andrew and Jaimee Baturo, plus head chef Suwisa Phoonsang, moving over to Riparian Plaza for their latest venture.

Set to open in early September, nestled into the mezzanine level between Madam Wu and River Bar, Tillerman will focus on seafood — and pair the ocean's finest, river views and a relaxed holiday-style vibe.

"It's been designed for the warm Queensland climate and will make you want to stay all day," says Andrew Baturo, who also has Libertine, Walter's Steakhouse, Popolo and The Gresham on his resume.

"Opportunities right on the river don't come along every day and we think Tillerman is one of the best locations in Australia for a seafood restaurant. We can't wait to serve up fabulous food, drinks and service complemented by Brisbane's riverfront as the stunning backdrop," he continued. 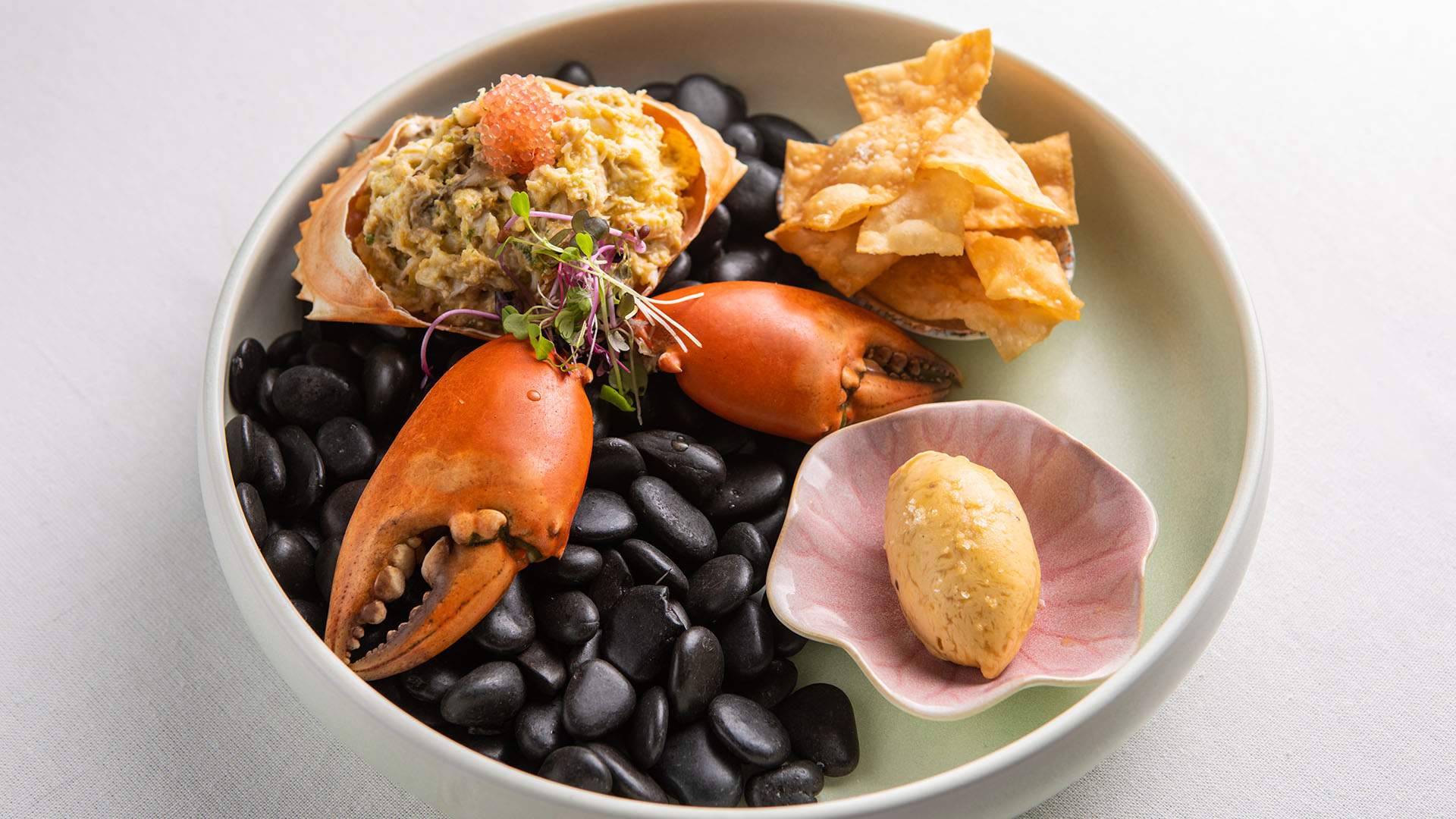 Phoonsang will whip up a menu that's guided by fresh, premium seafood, rather than a particular cuisine or culture — but the culinary range will take inspiration from the best dishes found around the world. While the full lineup hasn't yet been unveiled, options will include salt cod croquettes, hand-picked Queensland mud crab with crab butter and chives, and salt-baked Murray cod.

Among the non-seafood selection, wagyu flank, chicken roulade with mushroom duxelles and seasonal vegetable tarte tatin will feature, as well as salads and sides. And as for what you'll be sipping, the drinks menu will feature champagne and cocktails — which are suggested sips for taking in the view and the surrounding lights — plus other tipples. Design-wise, Brisbane's Hogg & Lamb are taking cues from travel, which'll shine through in the heavy use of spotted gum and botanical prints, as well as the sand-hued leather cushions.

Wherever you're sat, you'll score a river vista, with both high and low tables, banquettes and mini booths on offer.

Find Tillerman on the mezzanine level inside Riparian Plaza, 71 Eagle Street, Brisbane, from early September — open from 12–2.30pm Tuesday–Saturday for lunch, and 5–9pm Tuesday–Thursday and 5–10pm Friday–Saturday for dinner. We'll update you with an exact opening date when one is announced.