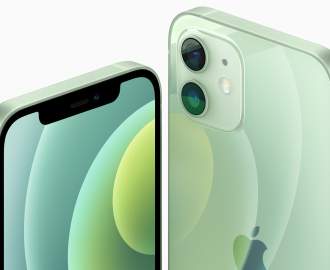 Tips From Bang Street Food on Starting a Successful Restaurant

Thinking of opening your own place? We're asking the experts what it takes to succeed in Sydney's crazy-competitive food industry.

Tips From Bang Street Food on Starting a Successful Restaurant

Thinking of opening your own place? We're asking the experts what it takes to succeed in Sydney's crazy-competitive food industry.

Staying ahead of the curve in Sydney's constantly evolving food scene is difficult. New restaurants, bars and cafes pop up every week, and in Sydney, a city already saturated with food and drink options, it's incredibly easy for hospitality businesses to fall behind.

In partnership with William Blue at Torrens University, we're asking the hospitality graduates who run our favourite Sydney restaurants to talk about how they got started in the industry. In 2015, Adelene Stahnke helped to open Bang Street Food in Surry Hills with her partner Tapos Singha and designer Nicholas Gurney. In 2016, the same team opened Bang Street Food spin-off Trunk Road in Darlinghurst. Stahnke is only 23 years old, so helping to start up two successful Sydney restaurants is no small feat. We asked her how it all happened, and if she has any tips to share. FIND A GAP IN THE MARKET (AND STICK TO IT)

"Tapos kept talking about wanting to open a Bangladeshi restaurant in Sydney. I thought it was a great idea, and really inspiring because nobody had brought great, traditional Bangladeshi food to the city yet. I encouraged him to stick to his dream because I could see that there was a gap in the market, and I had a really strong feeling that a space would open up in Sydney. Tapos pitched the idea to his business partner, and once a space appeared in Surry Hills everything took off from there." LEARN EVERYTHING YOU CAN ABOUT THE CUISINE YOU'RE COOKING

"Tapos went back home to Bangladesh for a few months to get some ideas flowing for the menu, and I went to Melbourne to cook at Tonka [an Indian-fusion restaurant] with Adam D'Sylva. I wanted to get some experience in sub-continent food because I didn't know much about it beforehand, and I think it's important to learn everything you can about a style of food before you start a business with it. I worked at Tonka with the goal to learn as much as I could and it was a really great experience. When Tapos and I both arrived back to Sydney, he showed me the menu and I understood the dishes in a way that I wouldn't have, had I not worked at Tonka. The menu was great, but it needed some refining, which is where I came in. I made sure that the menu would appeal to Surry Hills, while making sure that the Bangladeshi soul was still there." "At Bang we have a dish that people really love called 'Bang Boti Kebab', which is a roti kebab with steak filling. That dish really blew up so we thought we would take the opportunity and run with it. We said, 'let's do a restaurant based on that dish but in a smaller space, something cheap where we can do take-away as well'. That's how Trunk Road, our second restaurant, came about. We waited until we found the perfect space — a little terrace house in Darlinghurst — and the boys built the whole restaurant while my dad tiled it. I moved over to run the kitchen at Trunk once it was up and running. It's just a one-person, solo kind of thing in a really small kitchen, very different from Bang. We only serve four types of the 'roadie' kebab, a curry and some snacks." "In order to establish a really good business you need to have a concept and stick with that concept. It's also very important to have people around you that can compliment you and share your aspirations. Stay focused, and as long as it's still your hobby, you can make money from it because you love it. Having your own business is a lot of work, there are long hours right from the start. It's very different when it's your own project as opposed to working for someone else. Work everywhere you can and get experience in everything. I've studied hospitality and worked in hotels as well as fine dining, breakfast spots in Darlinghurst and Indian restaurants. You never know what will come in handy."