New-release craft brews, natural wines and everything in between.

While we'll always have a soft spot for the lo-fi classics of youth, sometimes your booze radar is after something more high end than a longneck of Melbourne Bitter.

Thankfully, Melbourne is home to a growing collection of independent bottle shops that have made it their mission to seek out the best beers, wines and spirits being crafted around Australia and the world.

From neighbourhood wine stores slinging an expert curation of new-world drops, to craft beer shops crammed with the freshest tinnies, the city's got boozy retail offerings for all palates.

Organic, fermented, hoppy, or just a certain je ne sais quoi — whatever you're after, these boutique wine and beer bottle shops will fit your next park session or dinner dalliance with the right drop for a kind price. A bottle shop and bar in the heart of Footscray that offers magnums of pet-nat and more beers than your gramps could squirrel away for winter. Here at Mr West, there are shelves and shelves of beers, totalling more than 500 options, along with a great selection of natural wine and some 200 rare spirits. Basically, if it's crafty, artisanal or obscure, you're likely to locate it on Mr West's roster at some point. Fresh, seasonal picks are dropping all the time, and there are regular guided tastings happening in-store. Hop upstairs and you'll find the adjoining bar celebrating the same approach to sourcing and serving top-notch booze as its sibling. Beermash is not your standard grog shop. The industrial-style space boasts exposed brick walls, retail fridges heaving with specialty brews and an impressive 20 taps built into the wall behind the front counter. Although owner Kieran Hennessy and partner Shayne Dixon built the shop around take-home 'growlers' and 'squealers', there's never a shortage of people taking advantage of the venue's stools for a sit-in tipple. It's a go-to for hyped local releases and hard-to-find international drops alike, making it a superstar of the local craft beer scene. Not a beer connoisseur? Fear not — there's also plenty of craft wine, cider and even kombucha. Longtime Bomba business partners Jesse Gerner, Andrew Fisk and Kelly O'Loghlan laid the golden vino egg when they opened their boutique wine store a throw away from Terra Madre. Named after a fellow wine-lover, Samuel Pepys focuses on producers who practise sustainable, organic and biodynamic winemaking principals, making it an ideal swing-by while grocery shopping. The store stocks hundreds of wines on rotation (some handpicked international varieties included) and an extensive spirit list, staffed by wine-lovers who truly know their stuff. Nab the latest from local favourite Patrick Sullivan, a bottle from the Mornington Peninsula's Polperro Estate or a picnic-friendly magnum to share. A veritable candy shop for anyone who digs beer. Carwyn Cellars boasts around 10 fridges full of it, along with hundreds of wines arranged from lighter to bolder, a golden selection of American whiskey and lots of other boozy delights. Carwyn doesn't dabble in big breweries, so its shelves are reserved for top-notch local crafties, hot releases and international gems. Try a tropical sour from Bridge Road Brewers, nab the latest limited-batch creation from Hop Nation, or jet your tastebuds overseas with a big bottle of Westmalle's famed Tripel. And if you're not in a hurry, venture through the shop's rear door to spend some time in one of the north's best-loved craft beer bars. 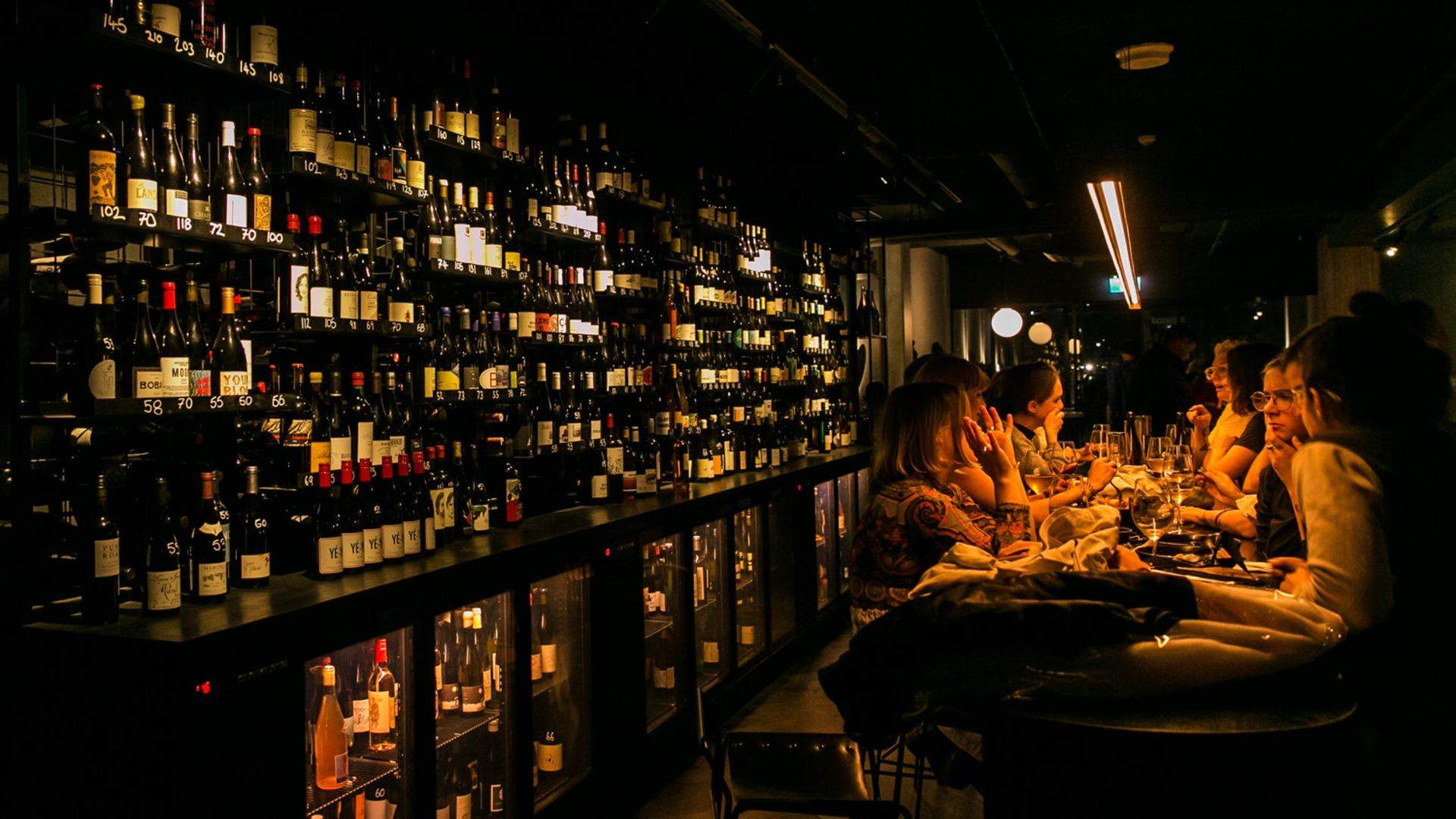 A northside venture from Lyndon Kubis and Mark Nelson (Toorak Cellars, Milton Wine Shop), The Moon is a touch moodier and a little more refined than its siblings; though still slinging a wide-ranging pick of booze with minimal pretentiousness. Here, small producers are the focus of a 300-strong bottle curation that reflects places and regions, rather than processes and technique. A solid crop of craft beers and boutique spirits is also on offer. Meanwhile, the onsite bar invites you to sit in and sample selections, either from the rotation of twenty wines by the glass or the beer taps. 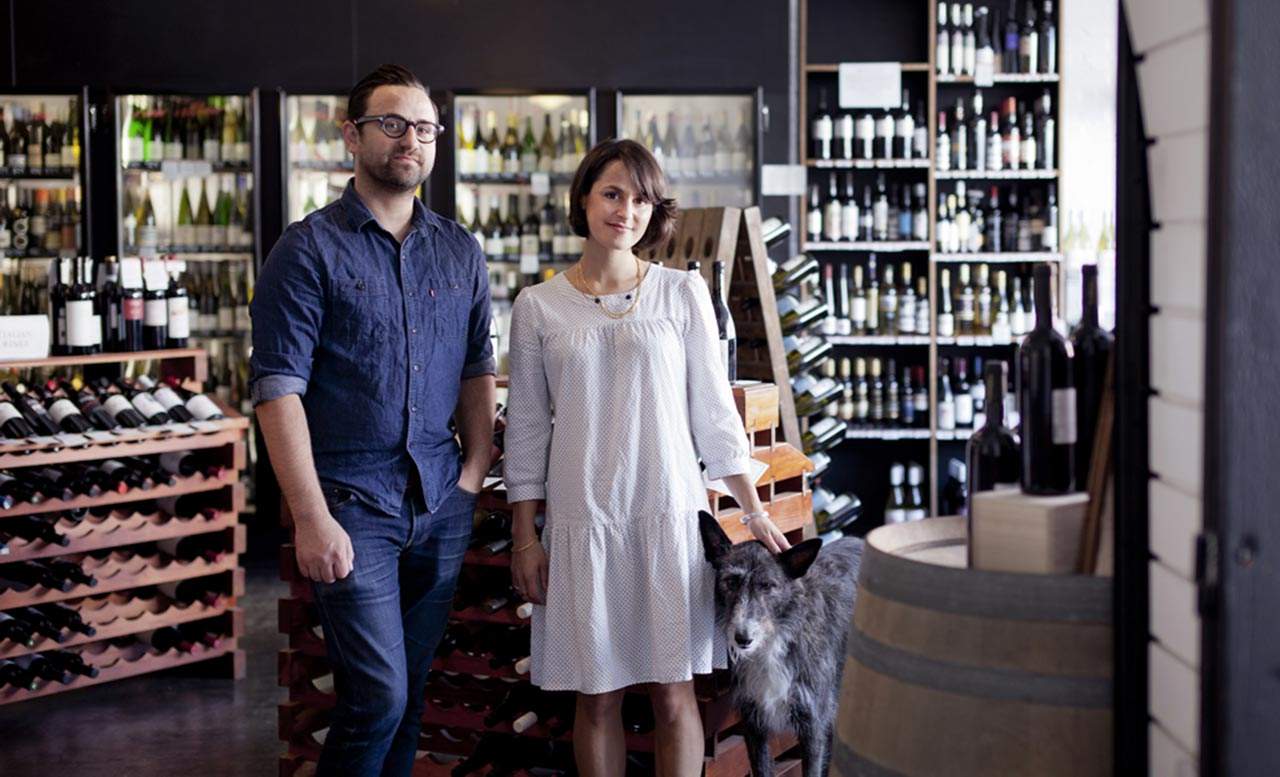 With stores scattered all over the city (the OG being in Windsor) this sibling-owned purveyor of unique wine, beer and cider has been at it since 2006. Blackhearts & Sparrows' staff spring from winemaking and hospitality backgrounds, and there's never any shame in dropping less than a twenty since their aim is to always be accessible. Try a minimal-intervention wine that lets the grapes and terroir speak for themselves, or go for some old-world European iteration steeped in tradition. You'll find a bunch of fridges dedicated to local and international craft beers, too, along with a covetable selection of spirits.

Seddon Wine Store is a treasure trove of good booze, whether your drink of choice is a Yarra Valley chardonnay, a big French Burgundy or crisp local pilsner. Doubling as an intimate wine bar, it's a comfy, laidback space where you can settle in to sample a few wares — and maybe some freshly-shucked oysters — before deciding on which bottle to take home for dinner. A weekly tasting panel ensures only top-quality fresh drops land on the shelves each week and friendly staff are always happy to share notes on their latest top picks. Its name is a tribute to the parent vine from which all of the world's wine grapes originated, and its shopfront is stocked with a sprawling curation of interesting bottles from across the globe. It's safe to say Richmond's Atlas Vinifera is wine obsessed — which is excellent news for anyone hunting a great drop. Here, you can pull up a seat in the bar space to enjoy a cheeseboard and a glass from the rotating pouring list, or browse and shop the ever-changing selection of goodies lining the shelves. And if you're after something extra special, raid the Pool Room collection to find a range of super rare and collectible wines. 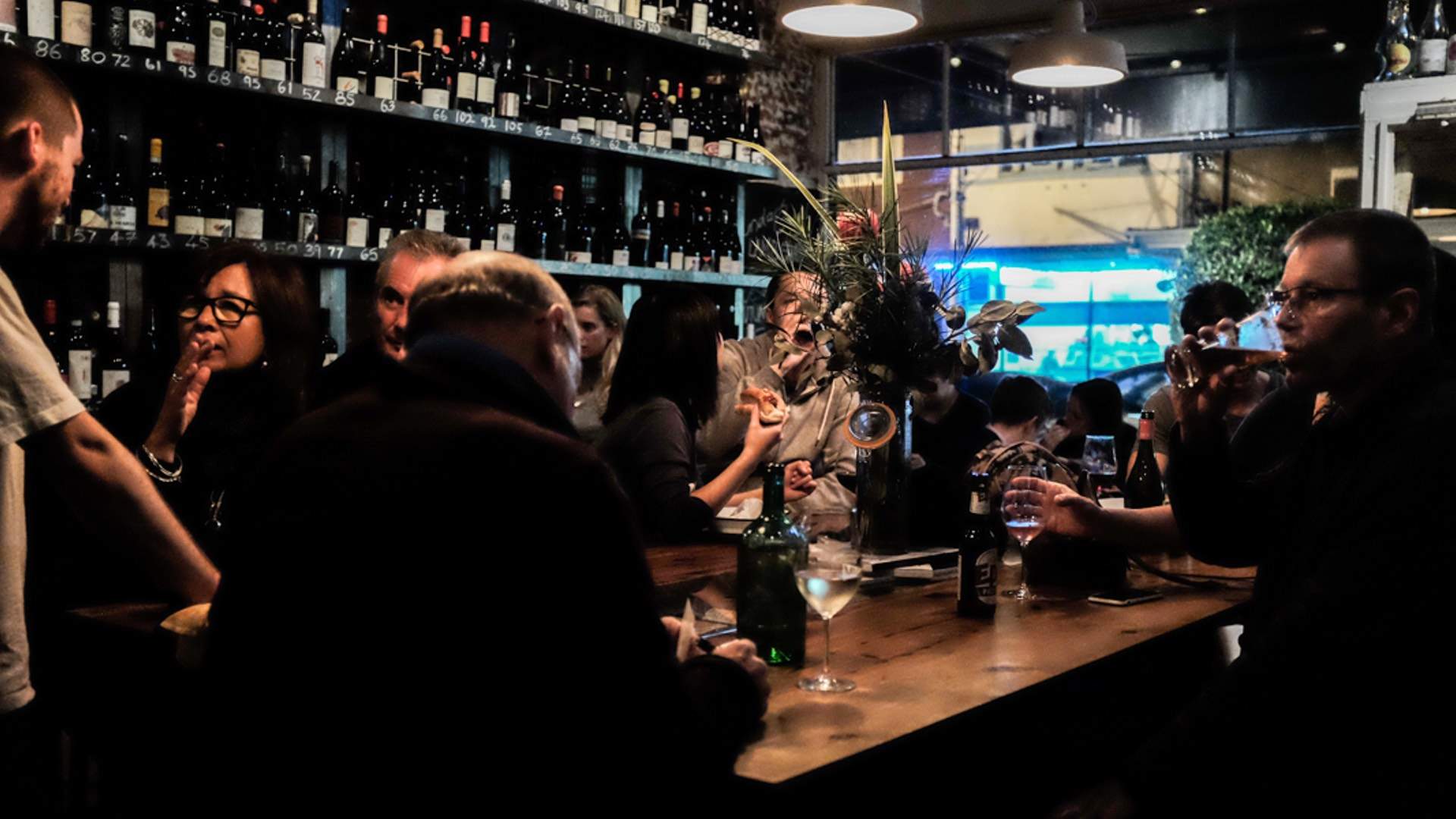 Nestled in the heart of Melbourne's southeast, Milton Wine Shop is both a cosy bottle shop and a wine bar that slings rare drops by the glass. Here, old and new-world wines are celebrated in equal measure, with the selectors focused on showcasing quality winemaking and plenty of hard-to-find pours. Discover red, pink, white and orange wines from every corner of the globe, along with a tidy curation of boutique beers and spirits. If you need help deciding, nab a seat at the communal table and get acquainted with the bar's pouring list, which rotates through the latest and greatest selections. 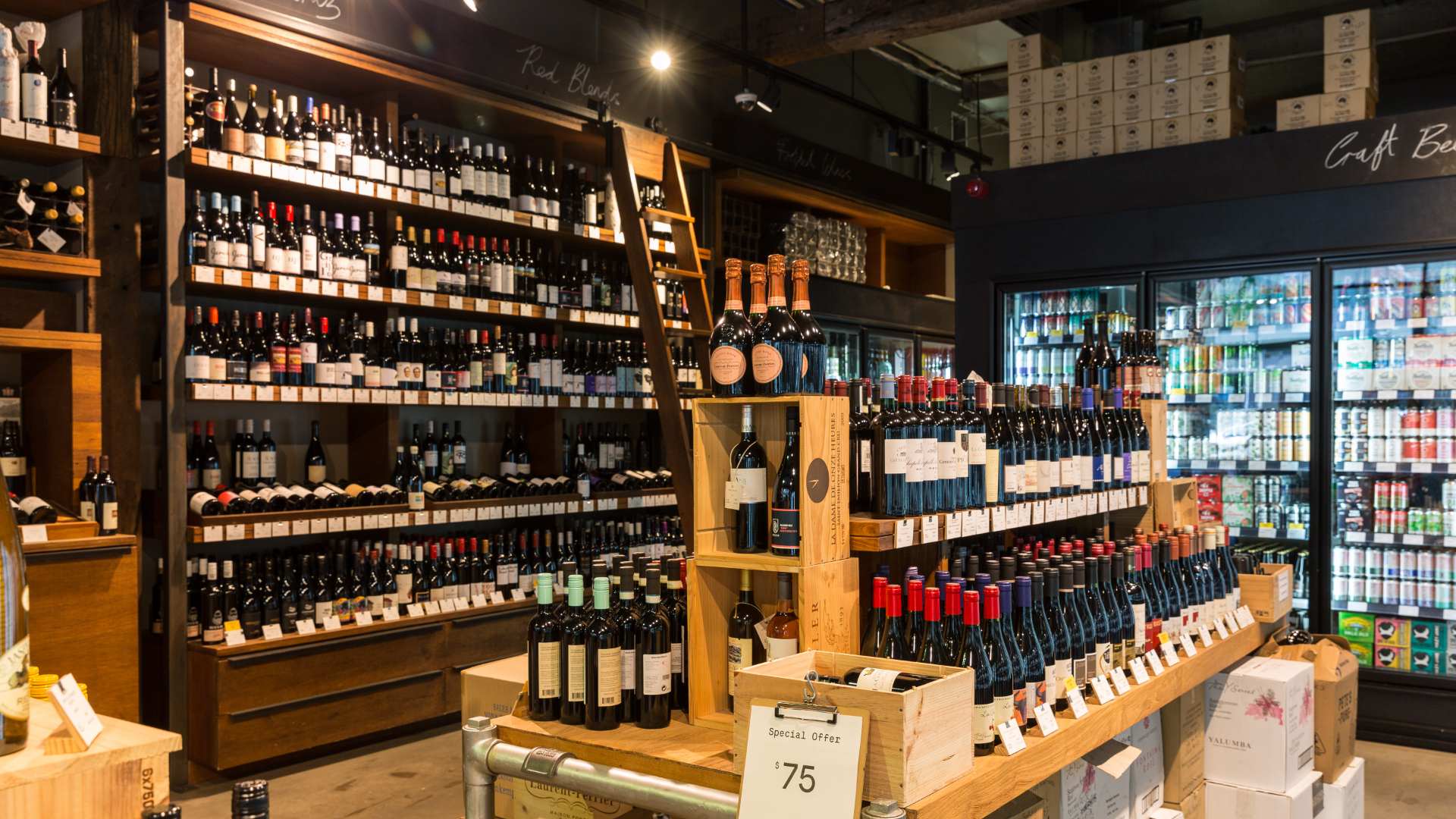 When it comes to top-notch beer, wine and spirits, not many southside spots have a more rounded offering than the OG Bottle House. Conveniently positioned just steps from South Yarra train station, it was opened in 2011 by a group of friends who decided that they could put their knowledge of a good brew to better use. You'll find fridges full of craft beer sourced from across Australia and the globe, backed by an array of vino that'll put even the worldliest of drinkers' knowledge to the test. Whether you're seeking a funky low-intervention drop, an old-world style out of Europe, or a limited-release hazy IPA, there's a very good chance you'll find it here.