We spoke to the comedian and actor about voicing a 50-foot crab, channelling David Bowie and working on Disney's Moana.

Most people don't imagine themselves making a career out of voicing Disney villains — but, of course, Jemaine Clement isn't most people. So did he see a Disney villain in his destiny? "If I was honest, I'd probably say yes," the comedian, actor and one half of Flight of the Conchords offers. And, lending his distinctive tones to the singing, scurrying character of Tamatoa in Disney's new film Moana, he has well and truly fulfilled that prophecy.

Dwelling deep under the sea in the realm of monsters, Tamatoa is a swift-talking 50-foot crab with a fondness for treasure and a David Bowie-esque musical number in which he somewhat joyfully, somewhat menacingly declares: "I'd rather be shiny". He's also one of the formidable forces standing in the way of Moana's titular heroine (newcomer Auli'i Cravalho) as she explores the ocean to save her island-dwelling people, all with a shapeshifting demigod Maui (Dwayne Johnson) reluctantly by her side.

Yes, Clement voicing a cheeky character and singing a glam rock track is the stuff that dreams are made of, and with his frequent collaborator and What We Do in the Shadows co-scribe and co-director Taika Waititi taking a first pass at Moana's screenplay — along with former Flight of the Conchords opening act and Hamilton creator Lin-Manuel Miranda co-writing the film's original music — it just gets better. With Moana now in Australian cinemas, we spoke with Clement about working on Disney's Polynesian musical, voicing giant characters and channelling his inner Bowie.

ON GETTING INVOLVED WITH MOANA

Concrete Playground: How did you get involved with Moana?

Jemaine Clement: A friend of mine, Taika Waititi, who I work with a lot, was one of the writers. And when he was doing his draft of the film, he told me that Disney, who I've worked with a couple of times before, wanted me to do something in it.

It's a Polynesian story and they've gone for a mostly Polynesian cast — and I'm part Maori, so I think it was pretty natural. And I also, I've played a lot of animated villains. So who else would you get? CP: How did you go getting into character for the role of 50-foot crab Tamatoa?

JC: Well, I guess I'm not 50 foot — I'm only just approximately six foot, just over. So I had to work on that. It's the second 50-foot character I've played this year. In The BFG, I was also 50-foot. So I guess I must sound pretty big.

CP: People are obviously getting that idea from listening to you.

JC: "How this big is this guy? He sounds huge."

CP: And then they meet you in person, and they realise… ON FILLING HIS RESUME WITH ANIMATED VILLAINS

CP: You recently played Fleshlumpeater in The BFG — you've got quite the CV when it comes to playing animated villains now.

JC: I hope I can get some use out of that. Maybe just telling my son it's bedtime. I'll do the voice.

I always was interested in animation, that was the first job I ever wanted to do. When I was five, I remember seeing a thing on The Wonderful World of Disney about the animation process and I wanted to do that as a first job — I aspired to be an animator. And I imagined that I'd do all the parts, you know, like write it, voice it, animate it, — but I haven't gotten to the other two.

CP: Between Flight of the Conchords and Moana, your Bowie impression is getting a good workout too.

JC: I don't even think my impression's that good. But it stuck with people. In the TV show [Flight of the Conchords]...my comedy partner is having dreams about David Bowie, so I play David Bowie. But I wasn't supposed to play him. It was very last minute that I ended up playing that character, and I've been asked to do it a few times now.

CP: You originally tried to get David Bowie to play himself? 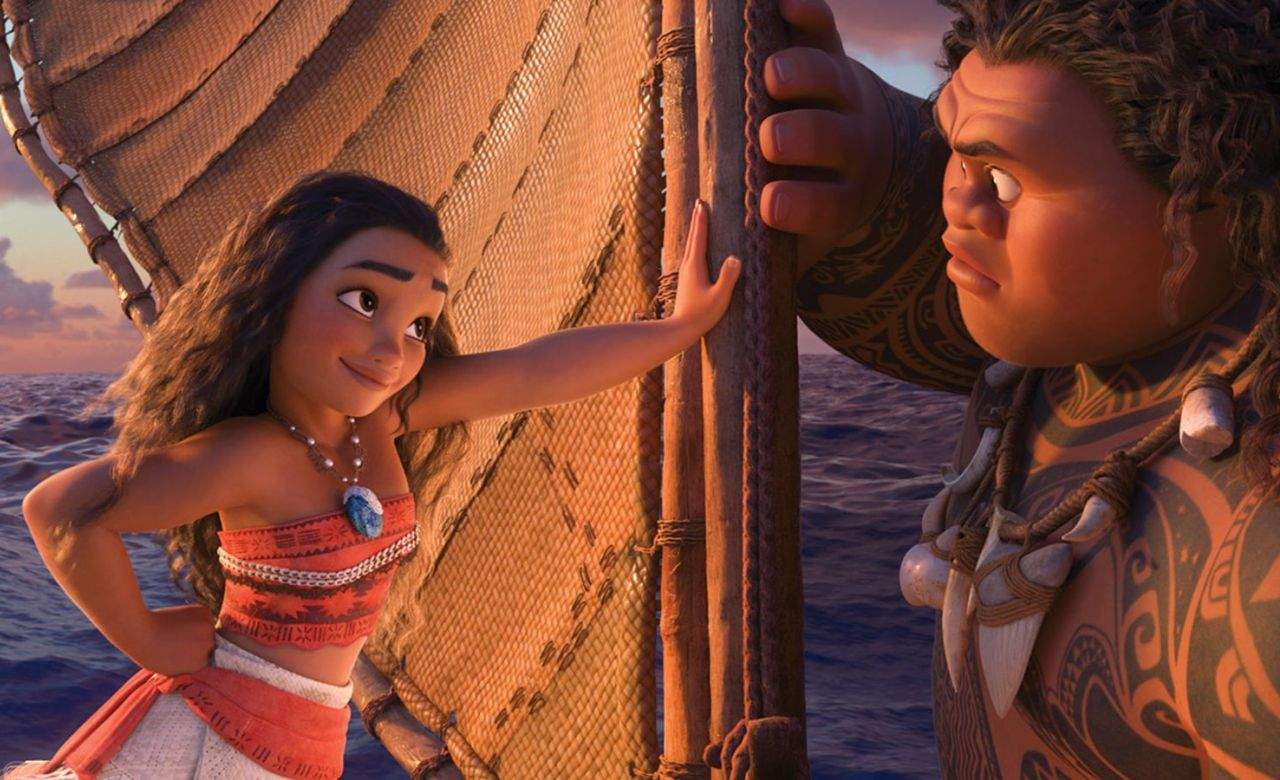 ON REUNITING WITH LIN-MANUEL MIRANDA

CP: How was it working with Moana songwriter and Hamilton creator Lin-Manuel Miranda again?

JC: I'd remembered Freestyle Love Supreme [Lin-Manuel Miranda's hip hop comedy troupe], and I'd even seen them again not that long ago — and I hadn't connected him with the guy I had met [previously]. I didn't realise it was the same person until he said, "Oh we met. We met, we were doing that gig in 2004/2005". And yeah, suddenly it came back. Whoa. I've never seen any musical show have the reaction that Hamilton has. He deserves that. He's very clever, bright, and very talented.

Moana is in Australian cinemas now. Read our review here.