If you've ever watched the films of Studio Ghibli and wished you could walk right into their gorgeous frames, you're not alone. In fact, you're only human. The beloved animation house already boasts one site that basically lets you do just that, thanks to its museum in Mitaka, a city on the western outskirts Tokyo — but, come 2022, it'll also unveil its very own theme park.

The studio initially announced the news in 2017, with a plan to open in 2020. Then, in 2018, it pushed back its launch timeline to 2022. It's still aiming to open at least parts of the park next year, which should have you crossing your fingers that international travel starts returning to normal by then. Need more motivation? A few more details about the park have been revealed, and they're worth getting excited about.

In big news for fans of Howl's Moving Castle, Ghibli's park will feature a life-sized replica of the titular structure. It'll reach about 16 metres in height, and you'll be able to step inside to check out Howl's bedroom. Hideaki Ōmura, the governor of Nagoya's Aichi Prefecture where the park will be located, tweeted a CGI concept image of the castle —  and, while the structure is only depicted in white, it still looks as impressive as it sounds. It won't move, though, but the cannon on the front will. 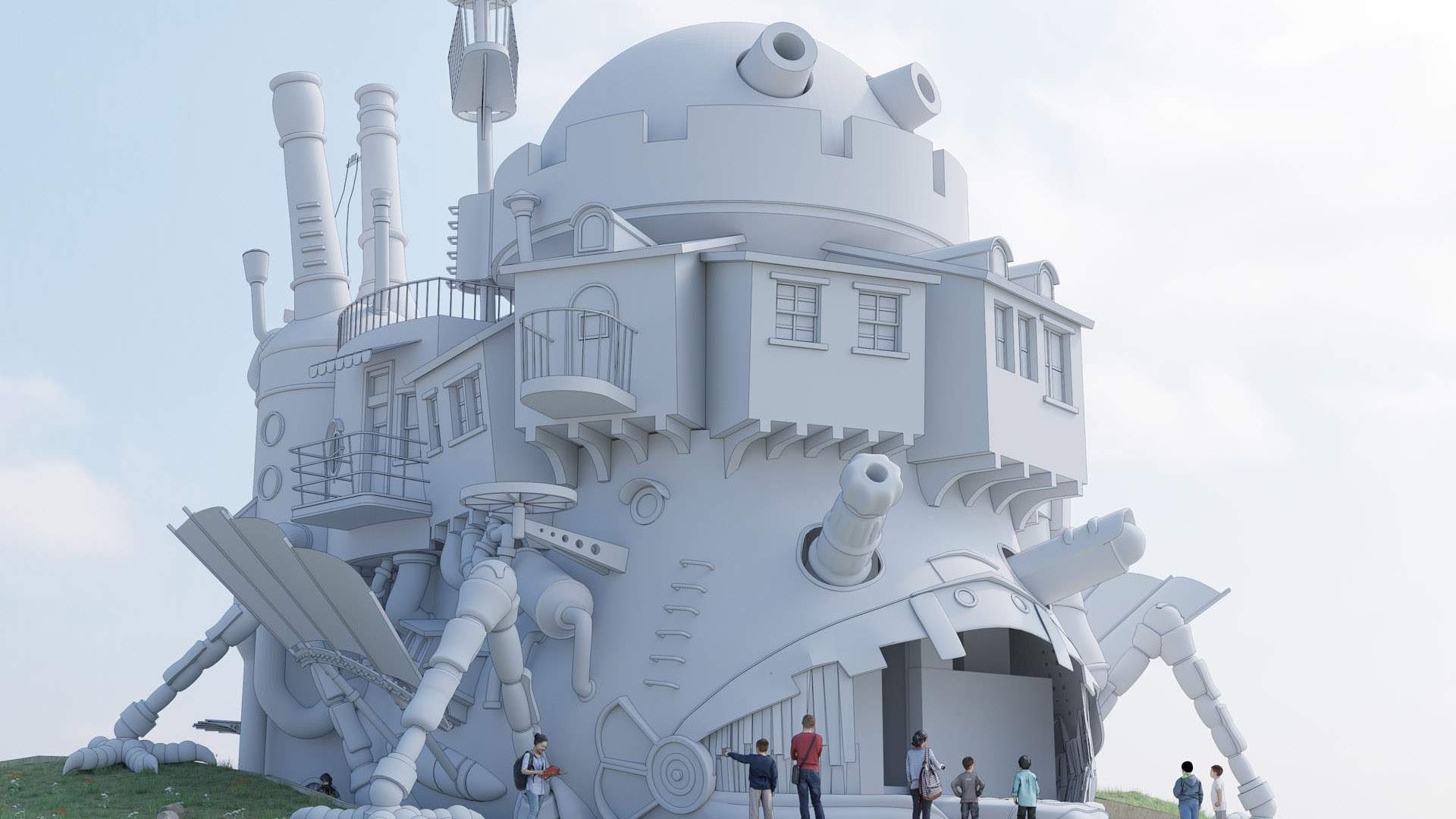 Also slated to feature in the park: nods to the cat from Whisper of the Heart and The Cat Returns, buildings with design elements that take their cues from Laputa: Castle in the Sky, and a super-sized garden that'll make you feel like you're one of the tiny characters in Arrietty. There'll also be a permanent exhibition room, a special exhibition room, a video exhibition room, a playground, and a shop and cafe, so you'll have plenty of places to explore, eat and browse.

Yes, the Ghibli site will spirit visitors away to a whole realm dedicated to its considerable catalogue of movies — although it was initially described as a My Neighbour Totoro-focused park. Totoro-themed attractions are still part of the design, including a replica of Satsuki and Mei's house, which already exists at the 200-hectare Expo Park site. However, you'll also be able to check out the antique shop from Whisper of the Heart, Kiki's home from Kiki's Delivery Service and a village area that pays tribute to Princess Mononoke. The latter certainly looks the part, as Governor Ōmura also tweeted. Expect more nods to Ghibli's various features to follow, recreating other aspects from its three-decade-old body of work — and possibly its latest movie, Earwig and the Witch, too. If the end result is even half as wondrous as the studio's aforementioned museum, then fans are in for a treat. There, you can climb up to the building's rooftop garden to see one of the robots from Laputa: Castle in the Sky; watch exclusive shorts, including a sequel to My Neighbour Totoro; and touch a life-sized cat bus, which kids under 12 can climb and play on. Indeed, the museum is such a tourist attraction, you have to buy tickets over a month in advance — and experiencing the rush of folks in the merchandise-packed gift shop will make you feel like a susuwatari (Totoro's gorgeous little balls of floating soot).

Incorporated into the existing parklands, the theme park will be heavy on greenery and the natural surroundings, which matches the environmental messaging that plays a prominent part in Ghibli's movies. The site will also encourage "enjoying walking", according to the draft concept outline, while aiming to offer "a one-of-a-kind park loved by more people". We don't think either will be difficult.

The Studio Ghibli theme park is slated to start opening in 2022. For more information, keep an eye on the animation company's website.