From dodgems and ice skating to eating giant rounds of colourful fairy floss.

Half the fun of having children is they give you a carte blanche for shameless kidulting (just in case you hadn't mastered it already). Fairy floss and rainbow ice cream? Yep. Throwing darts at balloons? Why not? Ice skating with a penguin? Is there any better way to spend a Friday night? You can do all these — and loads more kidult and actual kid-friendly things — without leaving Luna Park.

Entry is free and, if you want to ride as many rides as possible, the Unlimited Rides Pass is the best deal. It's priced according to your height, so the littlies don't have to pay more than necessary, either. SPIN AROUND THE ICE SKATING RINK

After winning over kids and kidults in droves last year, Luna Park's ice skating rink is making a return. Popping up throughout the school holidays (6-23 July), it gives you a chance to perfect your butterfly jumps, camel spins and cherry flips. Or, if you're a beginner, learn to stay upright. There's a bunch of penguins on hand to help you do just that. These handy plastic animals accompany you around the rink, allowing you to lean on them, so as to keep your balance. Before you ask, they are available to kids and kidults. Ice skating sessions are included in your Unlimited Rides Pass. HEAD FOR A CATHARTIC ROUND OF BUMPER CARS

It doesn't matter whether you're five or 75, getting behind the wheel of a rubber-bumpered car and deliberately ramming into other people's cars is inherently fun, as is trying to flee drivers aiming to ram into you. We don't know why. It just is. So, strap your wee bairn in beside you and hit the accelerator. Or let your kid in the driver's seat, then take the opportunity to give a premature driving lesson. Dodgems are especially good if you're kidulting with a bunch of fellow kidulters, because, really, it's among mates that proper competitiveness kicks in. 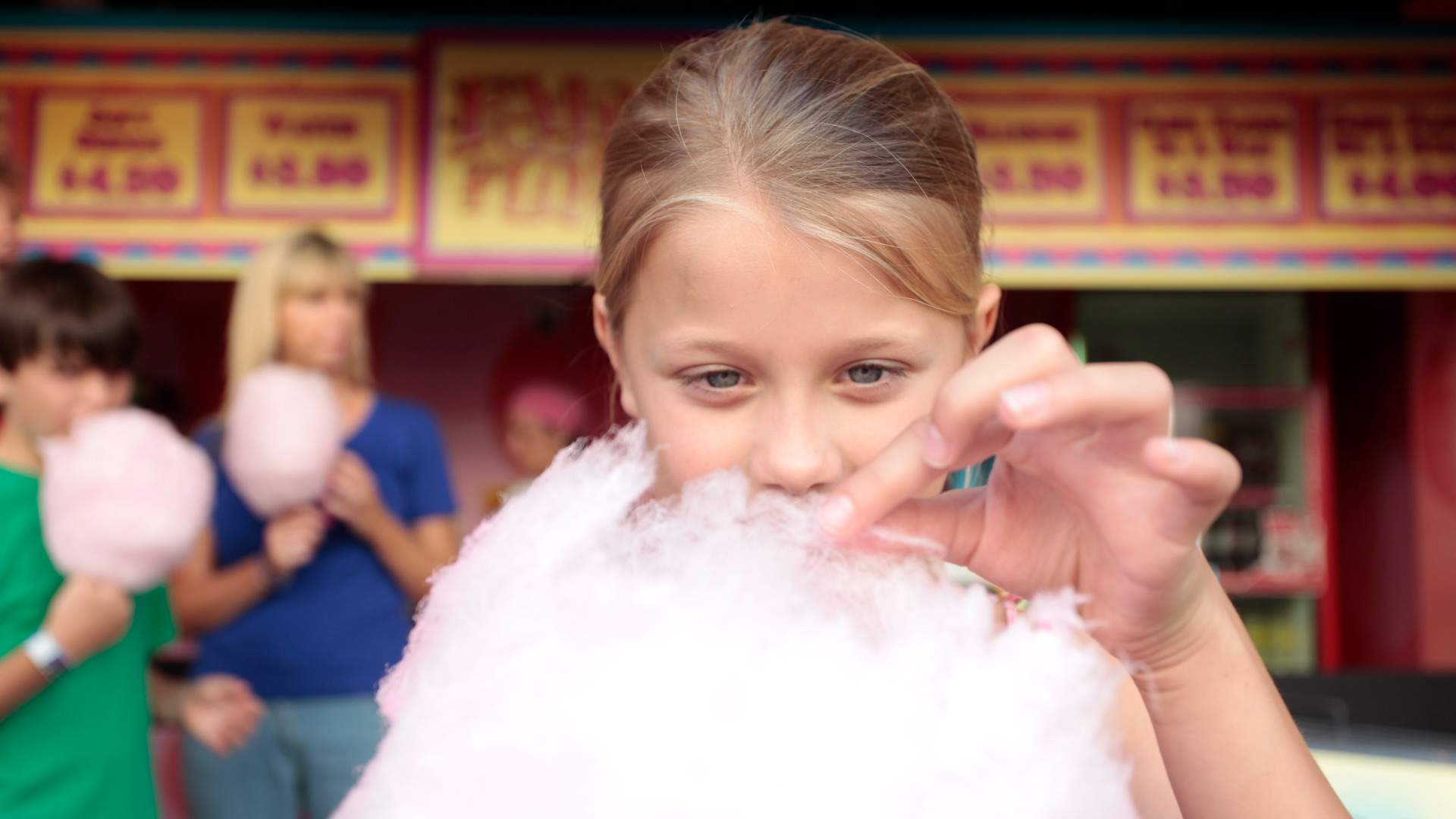 There are two culinary delights that no childhood is complete without: fairy floss and rainbow ice cream. So — between ice skating and dodgem-ing – refuel with a sweet, sticky, scarily brightly coloured sugar rush. Luna Park has an entire outlet devoted to fairy floss, as well as a bunch of stands scattered around the grounds. Meanwhile, Scoops is the place to go for ice cream. Strictly speaking, serious kidults should go for rainbow, but there's a spectrum of other flavours, from classics, like Old English Toffee and Jaffa, to brand new inventions. Heritage-listed Coney Island, built in 1935, is the only 1930s funhouse left on the planet that's still operating. The layout is more or less just as it was 80 years ago and many of the rides are originals, though they've since been altered, to ensure compliance with 21st-century safety regulations. Get lost in the Mirror Maze, a long, winding journey through increasingly bizarre visions, or climb into a hessian sack and throw yourself down a giant slide. You'll also get to meet the biggest collection of pinball machines in Australia. Here's your chance to show off your mighty skills to your sprogs. Whether your forte is throwing darts at balloons, knocking over a tower of cans with a ball, tossing a ring onto a test tube or catching a plastic fish with a net, you can score yourself a prize. And let's face it: for a kidult, there's no more triumphant feeling in the world than wandering around a fairground with a massive, plush toy hanging over your shoulder. Some of the games in Sideshow Alley – including the laughing clowns – are originals that have been keeping adults and kids on their toes for more than 80 years.

To find out more about what's happening in Luna Park this winter, and to secure your Unlimited Rides Passes, head to lunaparksydney.com.