You can now watch the footy IRL, catch a flick on the big screen and start planning a trip to sunny Queensland.

You can now watch the footy IRL, catch a flick on the big screen and start planning a trip to sunny Queensland.

Sydneysiders have already seen a lot of eased restrictions over the past month or so. Major cultural institutions and art galleries are open, as are gyms, dance studios and beauty parlours and we've been hitting up bars, restaurants and pubs and catching up with mates for a while now. Now, as of Wednesday, July 1, more daily activities that have been off the cards for months are permissible once again. This includes more people allowed in venues, stadiums welcoming punters back and cinemas screening films once again. So, if you've missed dates at the movies or catching a footy game IRL, get ready for life to start to feel a little bit more normal.

First up, NSW is removing its 50-person cap in favour of a blanket one person per four-square-metre rule from today, July 1. This follows the Australian Government's guidelines announced on June 12. You can now also make a booking of 20, whereas previously it was a maximum of ten. Nightclubs are still off the cards. 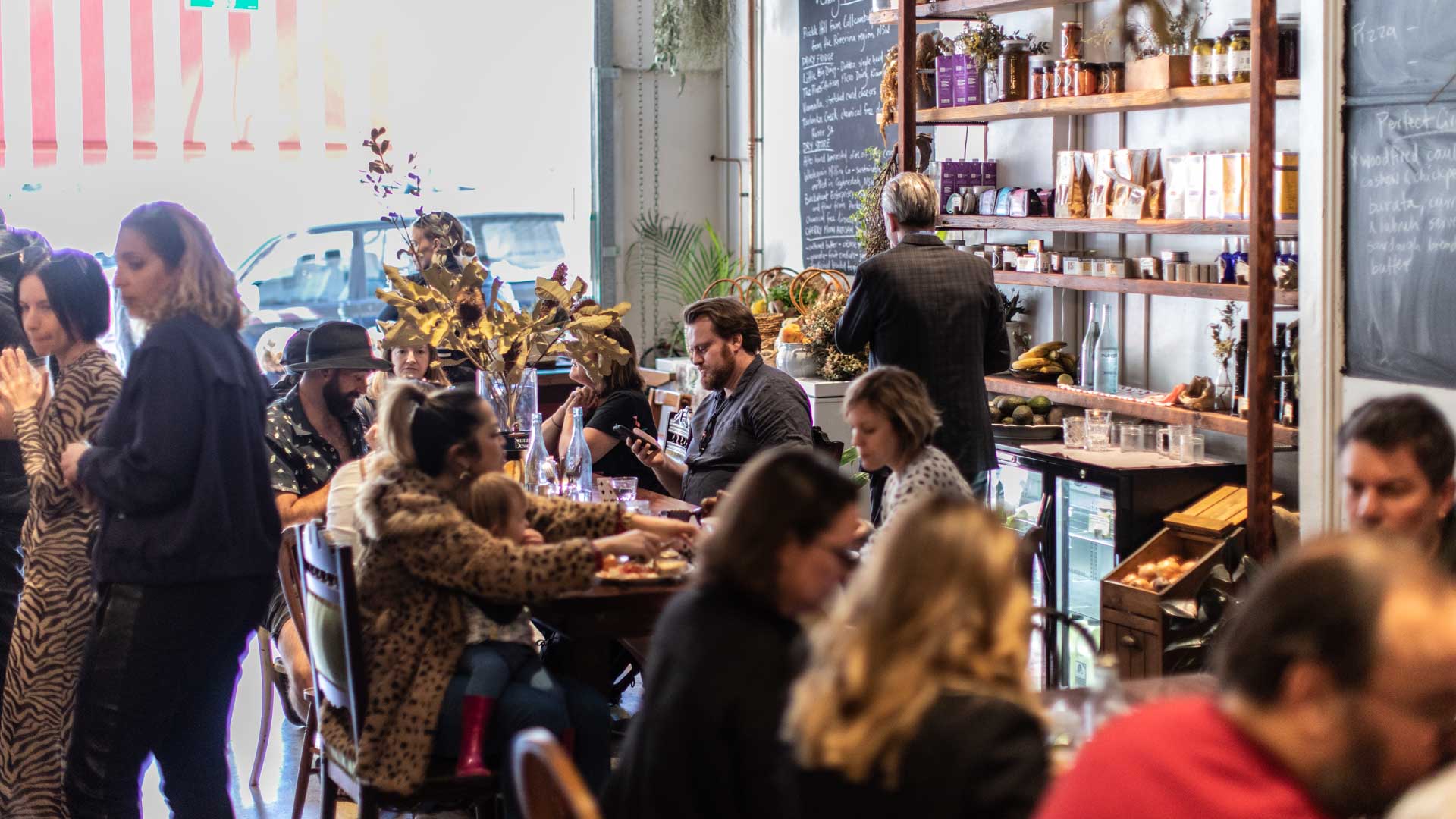 Gatherings of up to 20 people is still the limit both indoors and outdoors. However, for weddings and funerals the limit is the maximum number allowed on the the premises, including places of residence, which is one person per square metre. For smaller places of public worship, funeral homes and crematoriums, a maximum of 50 attendees (without the four-square-metre rule) provided non-household groups can maintain a distance of 1.5 metres.

If you've been itching to head to a footy match, you'll be pleased to know that stadiums are permitted to host crowds from July 1, too. Major recreation facilities, including stadiums, showgrounds and racecourses, are now allowed to have ticketed events, with allocated seating areas. The number of spectators must not exceed 25 percent of the venue's capacity, with a maximum of 10,000 people. If it's a non-ticketed or non-seated event, the four-square-metre rule applies, with a maximum of 500. Alcohol will only be served to seated patrons.

If you'd rather be on the field, you can now also kick a ball around with your local team thanks to community sport, including training sessions, recommencing. Where it involves more than 20 participants (players, officials and spectators), the organiser must have a COVID-19 Safety Plan and the number of participants cannot exceed 500. Cinemas are also allowed to reopen, but that doesn't mean that it's popcorn-munching business as usual quite yet. Expect changes to the movie-going experience — including online bookings, allocated seating, contactless payment, social-distancing requirements and extra cleaning. One perk is that you and your mates will be separated from other moviegoers by empty seats on both sides — and some cinemas, like the Ritz, are offering $10 tickets for opening week.

Travel is a big one this month, too. If you were hoping to head up north to escape the chilly weather, you can cross the Queensland border from Friday, July 10. Queensland Premier Annastacia Palaszczuk announced the border would be opening to NSW, SA, WA, ACT, Tas and NT but "due to current community transmission levels, the border with Victoria will remain closed". However, you'll need to complete a border declaration form and certify you haven't travelled to Victoria in past 14 days — and the government has advised it'll be checking these statements, and that making a false statement will be an offence.

While Victoria's borders remain open, you can't visit any of Victoria's current hotspots. In fact, if you do you could be fined $11,000 and spend six months in jail. Our neighbours in Victoria have seen a spike in the number of cases, which has resulted in Premier Daniel Andrews implementing new stay-at-home orders across ten Victorian postcodes. Despite South Australia speculating it'd open its border on July 20, it no longer will be going ahead. We'll be sure to keep you updated.

Major supermarket companies Woolworths and Coles have also reintroduced limits on some everyday items again, such as toilet paper, paper towel, hand sanitiser, pasta and milk. And, as you could have guessed, music festivals won't be happening any time soon.

For more information about what you can and can't do in NSW under current COVID-19 restrictions, head to the NSW Government website.

Published on June 13, 2020 by Cordelia Williamson