Organisers of the annual event are at loggerheads with the Waverley Council over the design of a new path — and are currently scoping out alternative coastal locations.

This year's Sculpture by the Sea could be its last in Bondi, with organisers threatening to move the exhibition to another location following a park upgrade announcement by Waverley Council, which will see the construction of a new accessible footpath around Tamarama's Marks Park.

The new footpath has been in the works for ten years, and was initially supported by Sculpture by the Sea, but organisers of the annual exhibition are unhappy with the design the Council has chosen.

The current design includes a 1.8-metre-wide, 279-metre-long concrete footpath linking the headland, amenities and playground in Marks Park, as well as the addition of a new accessible lookout point and a stairway connecting the park to Mackenzies Point. These upgrades are due to be completed by September this year.

While the 23rd annual Sculpture by the Sea will go forward as planned — set to take place from October 24 through November 10 — organisers have said nine sculptures will no longer be able to be exhibited and 12 will be "greatly compromised" because of the new path.

The event is also actively looking for a new home, and has called for expressions of interest from other coastal councils in Sydney and around Australia. 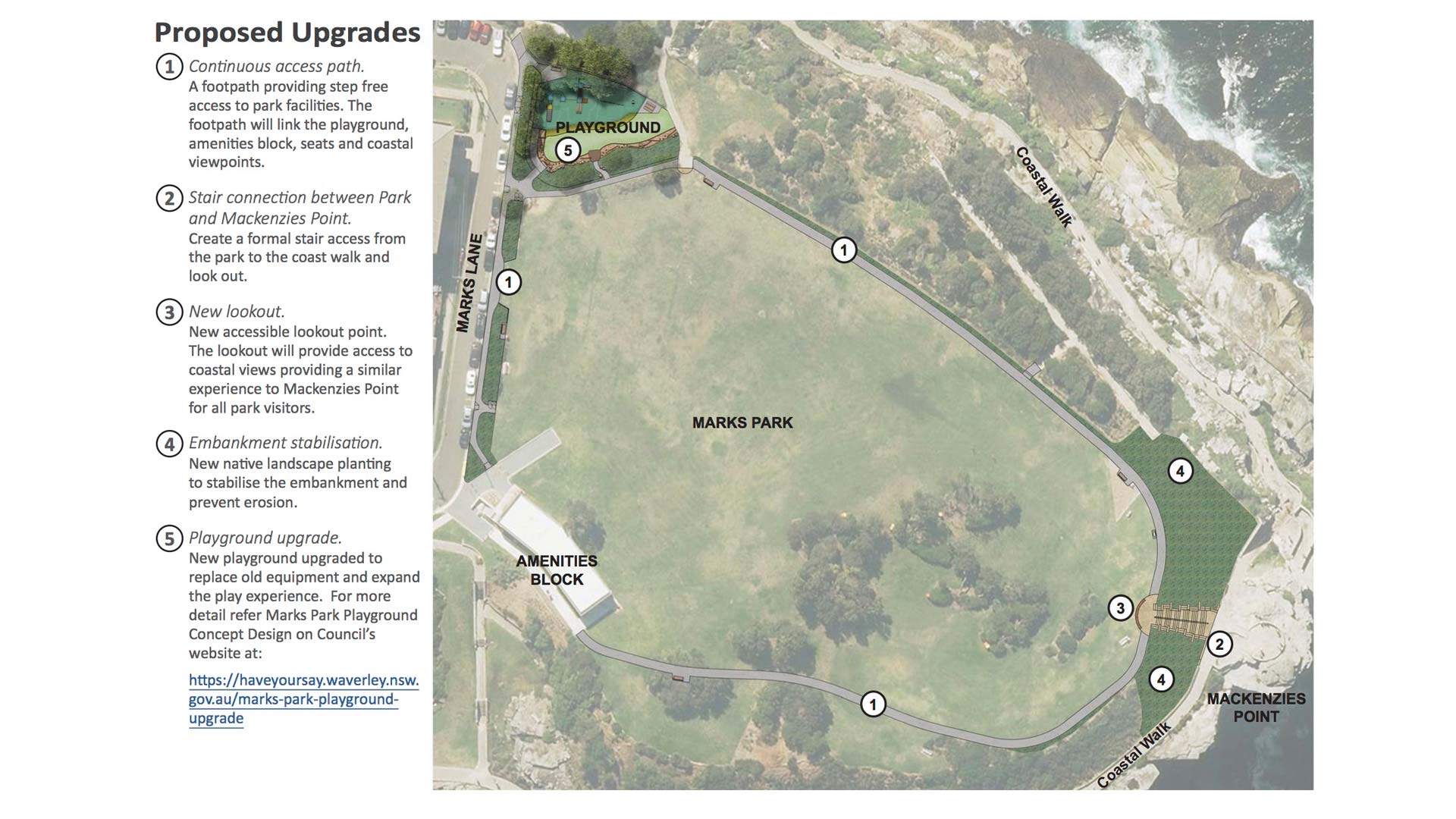 In the planning phases, the design team is said to have reviewed last year's Sculpture by the Sea walking routes, too — as well as ten years' worth of sculpture locations around Marks Park — and felt this path would have the smallest impact on the exhibition, claiming that only a few sculptures have been placed near the proposed footpath in recent years.

"Council's view is that services for people with disabilities outweighs some inconvenience and potential aesthetic impact over a small portion of the Sculpture by the Sea event which will still be free to use the park," said Waverley Council General Manager Ross McLeod in the statement.

According to the Council, the accessible path will occupy less than five percent of Marks Park, which, the Council highlighted, is only one area that Sculpture by the Sea uses. As McLeod says in the statement, the exhibition "occupies the entire length of our coastal walk from Bondi to Tamarama Beach".

Sculpture by the Sea organisers have put forward an alternative design for the footpath, which they say will not compromise this year's art exhibits. A recent economic study by BIS Oxford Economics estimated visitors to the event contributed $11 million to Waverley hospitality businesses, with out-of-towners contributing $38.9 million to the NSW economy as a whole. So, if Sculpture by the Sea does leave, it could have a big impact on local business.

Sculpture by the Sea 2019 is scheduled to run from October 24–November 10. We'll let you know if any decisions are made about future events.