The spine-chilling experience is back — enter if you dare (and aren't claustrophobic).

UPDATE, April 12, 2021: Seance's Sydney season has been cancelled until further notice due to ongoing issues beyond the organisers' control. For further information, head to the event's website. We'll update you with new show details when they're announced.

After first spooking out Sydneysiders back in 2017, the unnerving Séance installation is returning to the city. This time around, the experience will be a little different. While past attendees stepped into a big, white container with dark curtains and black letters splashed across its side, in 2021 you'll be heading into a purpose-built space at Bay 43, an old warehouse at Circular Quay.

Once inside, expected to be unnerved. That isn't changing. So, if you're not familiar with the installation and didn't have the chance to visit last time, a word of warning: it's aiming to mess with your senses.

Between Thursday, April 8–Wednesday, June 30, participants will be able to take a seat inside the space, and then put on a headset. You'll next be told to put both hands on the table. The lights go out, leaving the place in absolute darkness and, for 20 uneasy minutes, you'll be taken on an immersive journey led only by touch and sounds. Expect to feel confused, repulsed and struck with temporary claustrophobia. According to organisers, numerous participants have bailed halfway through sittings in the past.

You're probably thinking that there's something dark or supernatural about the whole thing — and going by the name, we don't blame you. But the installation's organiser says that 'séance' is simply a French word meaning 'session' or 'sitting'. Did we mention that the velvet seats date back to 1913 and were pulled from an abandoned theatre?

And so Séance is a sensory experience that looks at the psychology of both sensory deprivation and the dynamics of a group sitting together. It's a scary indicator of how easy it is for confusion, disorientation and information overload to affect our judgement. 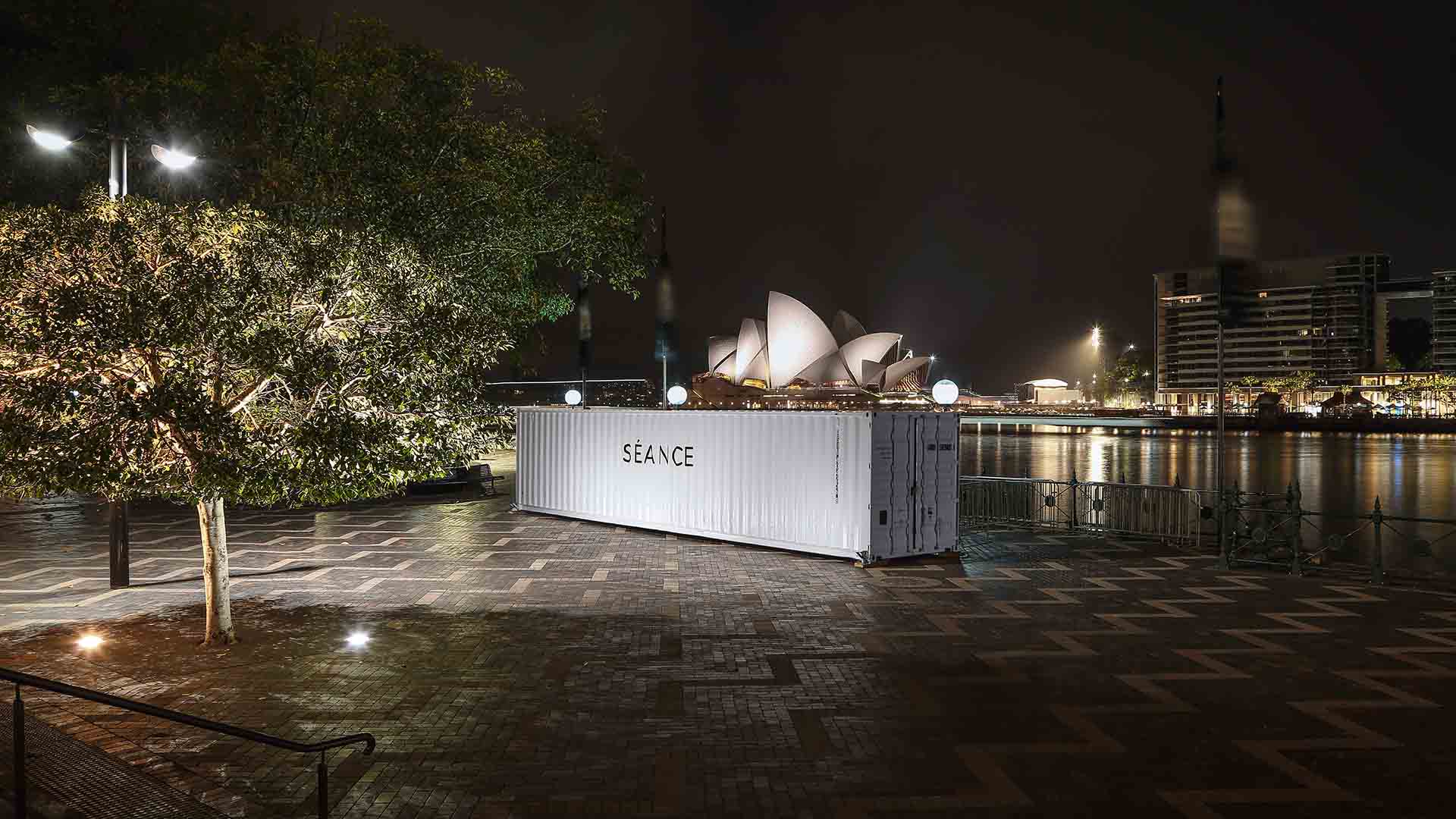 Artists David Rosenberg and Glen Neath of Darkfield (who have collaborated in other sensory deprivation projects before) are the creative masterminds behind the project, which has been described as 'disorienting' and 'deeply unsettling'. You might've listened to Darkfield's at-home experiences in 2020, such as Double, Visitors and Eternal, and experienced a few bumps and jumps — and the company is hoping to find the right space to bring its other IRL installations, Flight and Coma, to Sydney this year.

For now, we're serious when we say Séance is not recommended for the claustrophobic, the easily frightened or those afraid of the dark.

Published on March 26, 2021 by Concrete Playground