While she wasn't stealing his spring rolls, Yael chats to real-life husband Dan about political theatre over Vietnamese food.

When Stephen Sewell's The Blind Giant Is Dancing premiered in 1983, the audience felt royally slapped in the face. Now, in 2016, this wordy, based-on-true-events play is pertinent to the many difficulties plaguing Australian politics today — and it's currently showing at the upstairs theatre at Belvoir, directed by new artistic director Eamon Flack (Best Director at the Sydney Theatre Awards for Ivanov in 2015).

At the play's centre is an idealist, Allen Fitzgerald (played by Australian actor Dan Spielman) who dreams of making the nation a better place, but becomes so mixed up in party power struggles, he has trouble keeping his eye — and aspirations — on the bigger, more important picture. Spielman leads a cast of 11, including Sydney actor and real-life wife Yael Stone (Orange Is the New Black) playing Louise Fitzgerald, Allen's socialist, feminist, pretty damn kickass wife.

Playing an onstage married couple while you're married is one thing, but playing said couple caught up in the whirlwind of '80s Australian politics is another. So we asked Yael to get into the nitty gritty for Concrete Playground. Yael and Dan chowed down at a Vietnamese restaurant in Sydney after their Thursday matinee performance of The Blind Giant Is Dancing. They unpacked the play, character arcs, gear changes, Liberal and Labor audiences and how to act without listening — while Yael quietly nabbed all the spring rolls. YAEL: Dan, how are you feeling?

DAN: Pretty buggered. The show is nearly three hours long and it cracks along. We’ve just done our first of two shows in a day, so I’ve got to think about doing that twice — and I’m really looking forward to this pork chop I’m about to eat. Today was our unwaged performance; Belvoir every season does one performance for people on a pension or who don’t have an income, so they can apply and get access to the shows free of charge and I think that’s a wonderful thing. They were a terrific audience, a lot of people that were interested in politics, particularly the crowd today because we have a lot of people who were quite vocally either against or for people in the scenes in the show. And a lot of the references from the early ‘80s I think might have brought back a few memories for some of the older people in the audience today.

YAEL: In terms of a political spectrum, given the content of the play, who’s been attracted to come and see this play? Who’s most excited about it?

DAN: I thought at first that it would be you know, theatregoers generally, that want to see as much as they can. I thought at first it would be mostly Labor Party people because the play is set in the Labor Party in the early ‘80s here in Sydney. But I’ve noticed quite a few Liberal Party members, ex-ministers and stuff, have come along to see the show who I think are taking some delight in watching a play about self-destruction inside the Labor Party — they’re having quite a good time. So I think across the spectrum people have an interest because it’s such a wonderful portrait of a very excessive and interesting time in Australian political history but also how resonant it is for what’s still going on today. 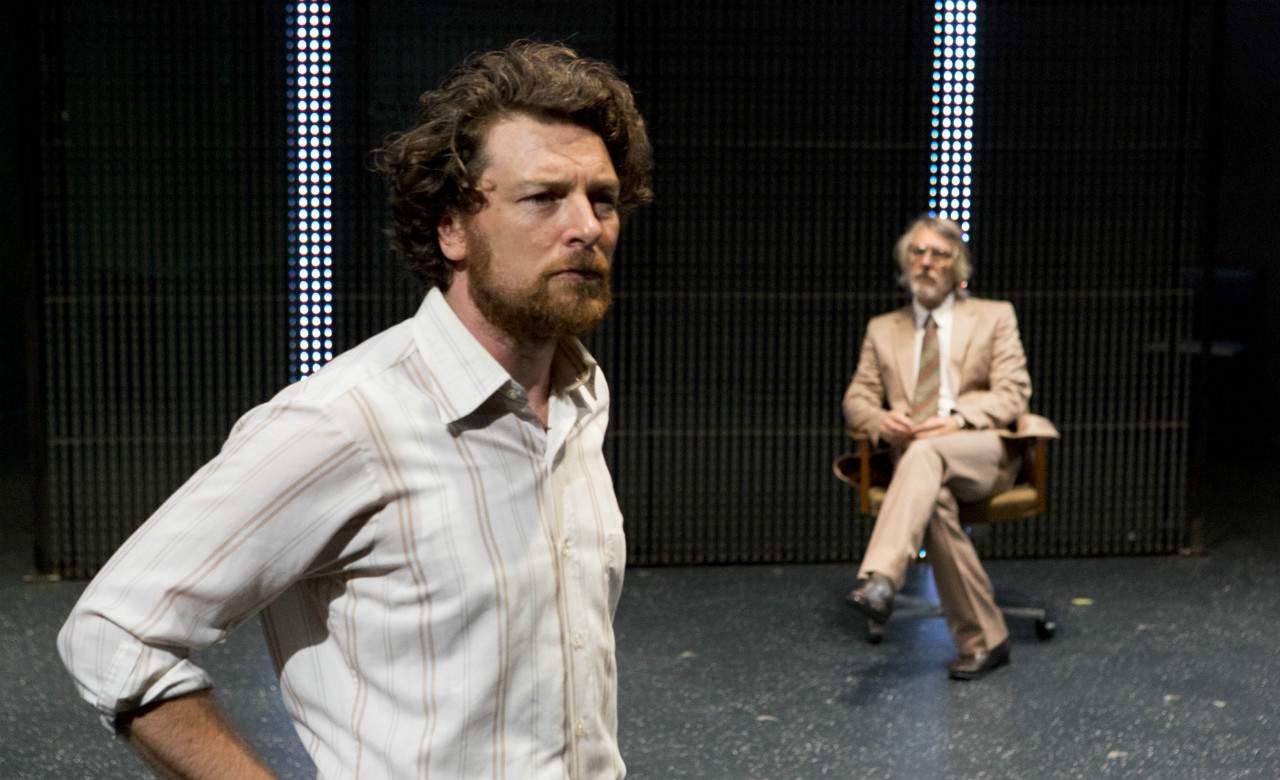 YAEL: So your character Allen Fitzgerald has a huge process of transformation throughout the show, throughout three very distinct acts. The changes are pretty dramatic. Are you planting the seeds of change in the act before? How far ahead do you like to sow the seeds of the change?

DAN: I treat each of the three acts distinctly, partly because of how its written; there are some important events that happen offstage, so they’re not in the play but they’re referred to later, that happen between the three acts, that I consider as large gear changes. But the way Stephen writes is fiendishly difficult to learn because… oh, thank you...

DAN: That’s fantastic. Because [Stephen] does sow the seeds of thoughts into scenes a long time before they’re mentioned. To clarify, you have to learn the scenes by rote. They don’t flow naturally from ideas necessarily because he’s cramming so many ideas in. YAEL: On that, we have a few particular scenes where we discovered that it was actually a really bad idea to listen too closely to the other person, because it might screw you up, which pretty much goes against all the rules of acting where really, you should be very present and listening a lot. In this play, sometimes you can’t listen, because the characters are so maniacally focused on their own point of view that to actually hook into the other side isn’t in line with the way that they’re thinking.

DAN: So it should be said that you, Yael, are playing Louise, Allen’s wife, in the play.

DAN: So yeah, I think one of the great things about the play is that it shows a very public figure, a series of public figures in the public limelight — well, they’re kind of the back room dealings of a political party but they’re very much in a public area, and contrasted with a very private crisis that’s happening between Allen and Louise in their marriage. I think Allen wants his marriage to be a refuge from what he’s experiencing at work, but because Louise is herself a very dedicated intellectual and someone who’s trying to revolutionise her own consciousness and her own thought through feminist ideas as well as socialist ones, the home is seen by her as a place of change as well. And Allen acknowledges it and fights on that basis but it’s very difficult for him. But the language and scenarios at home are very private.

YAEL: Great answer. And how do you feel about the fact that I just started the last spring roll, while you were answering that conversation?

DAN: I could see what you were doing, and I wouldn’t put it past you to do that sort of thing, so I’m not surprised. But I’ve got some decent food coming for myself so…

YAEL: Well, here’s the great reveal. I’m actually just going to have half of it, and leave you the other half.

The Blind Giant Is Dancing runs February 13 – March 20 at Belvoir. Head to the website to book tickets.

Published on March 04, 2016 by Shannon Connellan