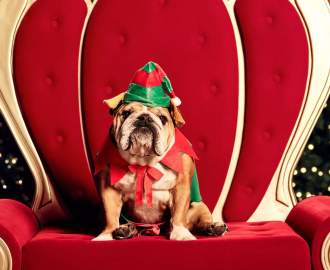 WHERE
Various cinemas in Sydney
Price
$15-20
Get Directions

Man against the elements: it's the familiar staple of survivalist film fare, crafted as a feat of cinematic endurance as much as entertainment. J.C. Chandor's nautical All Is Lost adheres to that description to the letter, unraveling in near wordlessness with its emotion carried in Robert Redford's world-weathered face. The combination of existentialism and action on offer, however, reaches beyond the customary depictions of fortitude and perseverance.

Details — names, places, dates — are rendered irrelevant; all that matters is "our man", his boat and the endless expanse of sea that forms his surroundings. Awakening to the thud of an adrift shipping container bursting through the hull of his vessel, the film's nameless protagonist pits his resourcefulness against the water, wind and weight of other worsening difficulties conspiring against his subsistence.

For 106 minutes of running time and eight days of narrative, Margin Call writer/director Chandor crafts a tension-riddled thriller despite the sparseness of his cast and setting; again, Redford and his sea-faring abilities monopolise the movie to the exclusion of all else. Even the most mundane of tasks — including shaving, eating canned food and conserving water — seethe with suspense. The singular spotlight heightens the anxiety to unrelenting levels, the knowledge that any peaceful moment could take a turn for the worse unable to be shaken.

Withholding information about Redford's character similarly amplifies the feature's focus, centring on the circumstances over the individual in its treatise on existence and mortality. As the stoic veteran is battered and beaten by forces beyond his control, eventually acquiescing to his inevitable fate as the title suggests, the feature's commentary upon the broader human condition is unmistakable — but its assurance doesn't hamper its haunting heartbreak. In such context, the who and the why just don't matter.

It has been a big year for well-known faces stranded in inconvenient spaces (quite literally for Sandra Bullock in Gravity); however, Redford is the unsung hero in the survivalist race, as is his film. Eschewing dialogue, the actor conveys every ounce of resilience and weariness in his physicality and performance. Though storm-fuelled special effects enliven the drama in a deft display of Chandor's direction, much of the film's power comes from understated scenes of a man at nature's mercy.

The sounds, sights and overall thrust emphasise solitude, swelling to operatic proportions due to striking visuals and an immersive score, yet what echoes loudest is the film's vitality. All Is Lost may leave viewers broken in its transcendent contemplation of the beauty and brutality of life, but it also embodies those very aspects. Nothing is easy in the feature's austerity, but nothing is lost either.