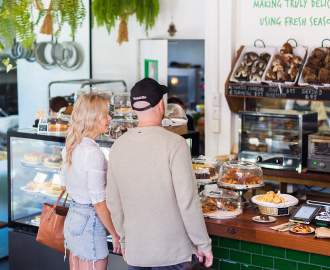 When Walter McMillian was arrested in 1987 for the murder of a white teenager Ronda Morrison, the African American man was immediately sent to Alabama's death row. Before his was convicted and sentenced — before his trial even started — he spent 15 months among men condemned to die for their crimes. This move, orchestrated by the Monroeville sheriff's office, was extraordinary. It also speaks volumes about the way McMillian was treated from the moment he was cuffed. It's a minor detail in Just Mercy, the legal drama that tells his story, and McMillian is by no means the only person the tactic was used on — but if a suspect is saddled with such a fate before their day in court, how can justice ever truly prevail?

That's one of the questions that lawyer Bryan Stevenson (Michael B. Jordan) both ponders and seeks to redress in Just Mercy, with the movie exploring his tale as much as McMillian's (Jamie Foxx). Another issue the crusading attorney tackles: why black defendants are instantly assumed guilty, but the same rarely applies to white culprits. This is a film filled with fervour, charting the Stevenson's efforts to save a man facing execution. It's also an indictment of the inequities of America's legal system, and of US society as a whole. Those two aims are intertwined, of course. The minutiae of McMillian's case remains heartbreakingly familiar, as does Stevenson's accompanying battle for fairness — because in situations like this, the names may change but the details usually stay much the same.

When the feature introduces Stevenson, he's an idealistic Harvard student meeting his first death row prisoner. Realising how much he has in common with the incarcerated young man — and seeing the difference lending a kindly ear makes — he commits to fighting against unjust death sentences when he graduates from college. After securing federal funding, crossing paths with the similarly passionate Eva Ansley (Brie Larson) and starting an organisation called the Equal Justice Initiative, he moves to Alabama in 1989 to do exactly that. McMillian's case is still the talk of Monroeville and, although it takes time to convince the imprisoned man himself, it's soon Stevenson's priority.

Even audiences with zero prior knowledge of McMillian's plight can guess what comes next. A plethora of evidence proves his innocence, while just as much illustrates how little the folks that put him behind bars cared about his legal rights — or about true justice. Confronted with these facts, everyone involved in the local legal system sports an uncaring attitude, including the new prosecutor (Rafe Spall) who refuses to reopen the case. Adapted from Stevenson's own memoir by writer/director Destin Daniel Cretton with his The Glass Castle co-scribe Andrew Lanham, each of Just Mercy's revelations, speeches and courtroom showdowns plays out as expected; however, that's actually part of what makes this earnest movie pack a punch.

Just Mercy boasts much that other films would envy, such as an emotive true tale, serious subject matter that's sadly still relevant today and a top-notch cast. Eyes blazing, his voice calm yet commanding and compassion driving his every move, Jordan is especially fantastic as Stevenson — and he's matched by a restrained but no less resonant Foxx as a man resigned to the lie of the land in the deep south. But the feeling that this has all been seen before is used to particularly compelling effect here. It's something that Cretton is clearly cognisant of, as he was when he focused on troubled teens living in a group home in the excellent Short Term 12. Layering in other cases, such as that of fellow death row prisoner Herbert Richardson (Rob Morgan), the filmmaker draws attention to the unending spate of real-life stories such as these. That's not a new revelation, but it bears heavily on a movie that's already weighty anyway.

Indeed, in the feature's most powerful scenes, Cretton makes viewers face the ultimate consequences of a legal system predicated upon prejudice rather than justice. His is a measured and polished film both visually and tonally, but it purposefully lingers as one character inches towards their state-sanctioned end — lurking over every step and staring at the pain in the condemned man's expression, all to evoke a concerted sense of discomfort. This approach is far from understated, although neither is Just Mercy in general. Sincerity and deliberation don't have to go hand-in-hand with subtlety, after all. These types of tales might've reached pages and screens so often that they've become standard (McMillian's hometown of Monroeville was also the place where To Kill a Mockingbird's Harper Lee grew up, as the feature points out repeatedly), but this one firmly demonstrates why the fact they've become so routine also remains undeniably rousing, moving and devastating.