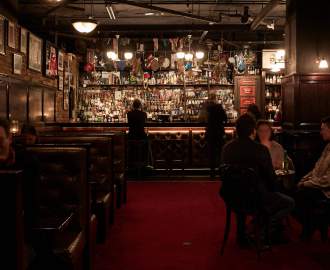 After the dark, deranged dread of 'Hereditary', director Ari Aster returns with a daylight nightmare that's just as disturbing.

After the dark, deranged dread of 'Hereditary', director Ari Aster returns with a daylight nightmare that's just as disturbing.

In the dark, sprawling house at the centre of Ari Aster's Hereditary, nightmares flourished in even the safest of spaces. In the writer-director's sophomore release, Midsommar, devilish deeds and diabolical forces thrive in lush meadows dappled with unrelenting Swedish daylight. Once again weaving a maze of death, trauma, family, secrets, strange sects, unnerving rituals and eerie altercations, the acclaimed filmmaker is clearly fascinated with specific themes and motifs. He has a type, even with the evident change of location and colour scheme. And yet, Aster can't be accused of making the same movie twice. Watching on as a group of Americans encroach upon a secret Nordic community near the North Pole, joining their celebrations during a once-in-a-lifetime festival, Midsommar dives into a whole new world of terror. Crucially, it thrusts the horror genre's lingering malevolence out of dim rooms and musty corners, and into the fresh, vibrant, perennially sun-drenched air.

Midsommar commences with the passing of loved ones, in what's become the director's typical fashion. That Aster has already established an authorial pattern just two movies into his feature-filmmaking career (across less than two years) speaks volumes. Midsommar doesn't seem like a rehash, nor like he's filtering his past hit through the somewhat similar The Wicker Man or Kill List. Instead, it feels as if Aster is finding new ways to unpack ideas that keep devouring his mind and soul. Through the grief-stricken Dani (Florence Pugh), he gives the bone-rattling pain of mourning the most distraught face he can, his committed new lead matching Toni Collette's turn in Hereditary for intensity. Then, he pushes his bereaved protagonist much, much further out of her comfort zone.

Tagging along with her barely caring boyfriend Christian (Jack Reynor) as he accompanies his college friend Pelle (Vilhelm Blomgren) back to the close-knit commune where the latter grew up, Dani is an interloper twice over. The frat boy-ish Mark (Will Poulter) is visibly unhappy that she's joined their trip and, though fellow anthropology student Josh (William Jackson Harper) offers her kindness, it's obvious that she wasn't initially part of the group's plans. Of course, like their unwanted guest, this motley crew of self-absorbed men don't quite gel at their destination. They're met with hearty smiles, plastered across the faces of serene Swedes who wear white cotton from head to toe, sport floral headdresses and spend their afternoons tripping on mushrooms, but the visitors still stand out. And the more time that Dani, Christian, Mark and Josh spend with the Hårga, as Pelle's pagan community is known, the further they become entrenched in the summer solstice festivities. While it begins with feasts, ceremonies, love runes and laced drinks, disappearances, ominous maypole dances, deaths and worse soon follow.

A film steeped in loss, Midsommar is also a movie as much about belonging as longing. The agony and uncertainty someone feels when they don't fit in, and the contentment that springs when they're welcomed with open arms, courses through the picture's veins. Tied to both is Aster's favourite sensation, with dread the movie's emotional baseline. Wherever and whenever he can, the filmmaker layers his sights and sounds with anxiety and apprehension — and with fear and foreboding on top. Unease ripples across the Hårga's leafy haven like a slight but quickening breeze, as made all the more disquieting by the long, wide shots favoured by returning cinematographer Pawel Pogorzelski, and the needling, string-heavy refrains that mark The Haxan Cloak's stirring score.

Once again, Aster has crafted a work of commanding control and startling technical precision, each element carefully calculated to disturb viewers with maximum effect. Midsommar is also a work of meticulous pacing, a factor that has more of an impact than might be anticipated. As anyone who has experienced it knows, mourning is a process of waiting for time to tick by, and for soul-crushing sadness to fade from a searing flame to a bearable simmer. Likewise, relishing the joys of feeling safe and wanted also hinges upon time — although, in that situation, no one ever wants their bliss to end. Starting patiently then working up to a frenzy, Midsommar packs much into its 147-minute duration, but mirroring these feelings of grief and of comfort just might be its most devastating achievement.

With that in mind, Dani is torn in two conflicting directions, simultaneously wishing her ordeal would finish and hoping that it keeps branching into eternity. Reynor's largely dazed and confused Christian feels the same way, but for his own reasons given that their relationship keeps snapping and straining towards its breaking point. The duo are distressed and drugged, yet they're also caught in the commune's thrall, and Aster asks his audience to share their sentiments. It's easy to do as the director asks, unless you're squeamish. A hallucinatory horror trip that doesn't hold back on its deranged imagery, Midsommar is a glowing, sinister dream. It couldn't look more alluring and idyllic, all while exposing festering miseries and inescapable woes. Every inch a sunlit nightmare, it shocks by bathing its dark heart in gleaming brightness, and intoxicates even as it repeatedly unsettles viewers to their core.