The CBD venue is set to open in July from the owners of The Dolphin Hotel and Bondi Beach Public Bar.

Sydney-based hospitality collective The Point Group is set to expand its hospitality portfolio with a new multi-storey venue inside the historic CBD venue The Shell House. The hospitality group, which currently operates The Dolphin, Bondi Beach Public Bar and Harry's, has signed 15-year lease with Brookfield Place Sydney for use of the Carrington Street building.

The Point Group's vision for its latest Sydney spot is a landmark hospitality venue across three levels of Shell House. Included in the plan is The Menzies Bar, a ground floor bar and bistro set to open in July that takes its name from the building's previous tenants, The Menzies Hotel. Come October, a dining room and terrace on level nine of the building and the Shell House Sky Bar on level ten are set to join the fold. The Shell House rooftop will also be activated, with rooftop diners being treated to views of the building's iconic clocktower.

Point Group CEO Brett Robinson called the venue a "once in a generation opportunity" saying, "we want to create an oasis in the heart of the city, that tells a new and interesting story as you travel through the three levels of hospitality. We will create a new centre of gravity for good times in the city".

The 65.5-meter-tall building has recently undergone an expansive refurbishment and redevelopment as part of the $2 billion Brookfield Place development. The renovations have seen the 1970s interior transformed into a contemporary office and hospitality space which will play host to NAB's CBD office. Built by Shell Oil Co and completed in the late 30s, the Shell House operated as The Menzies Hotel from the 1970s up until the Brookfield Place redevelopment begun. While the hotel interior has been updated as part of the redevelopment, the building's heritage facade and 1930s clocktower have both been maintained. 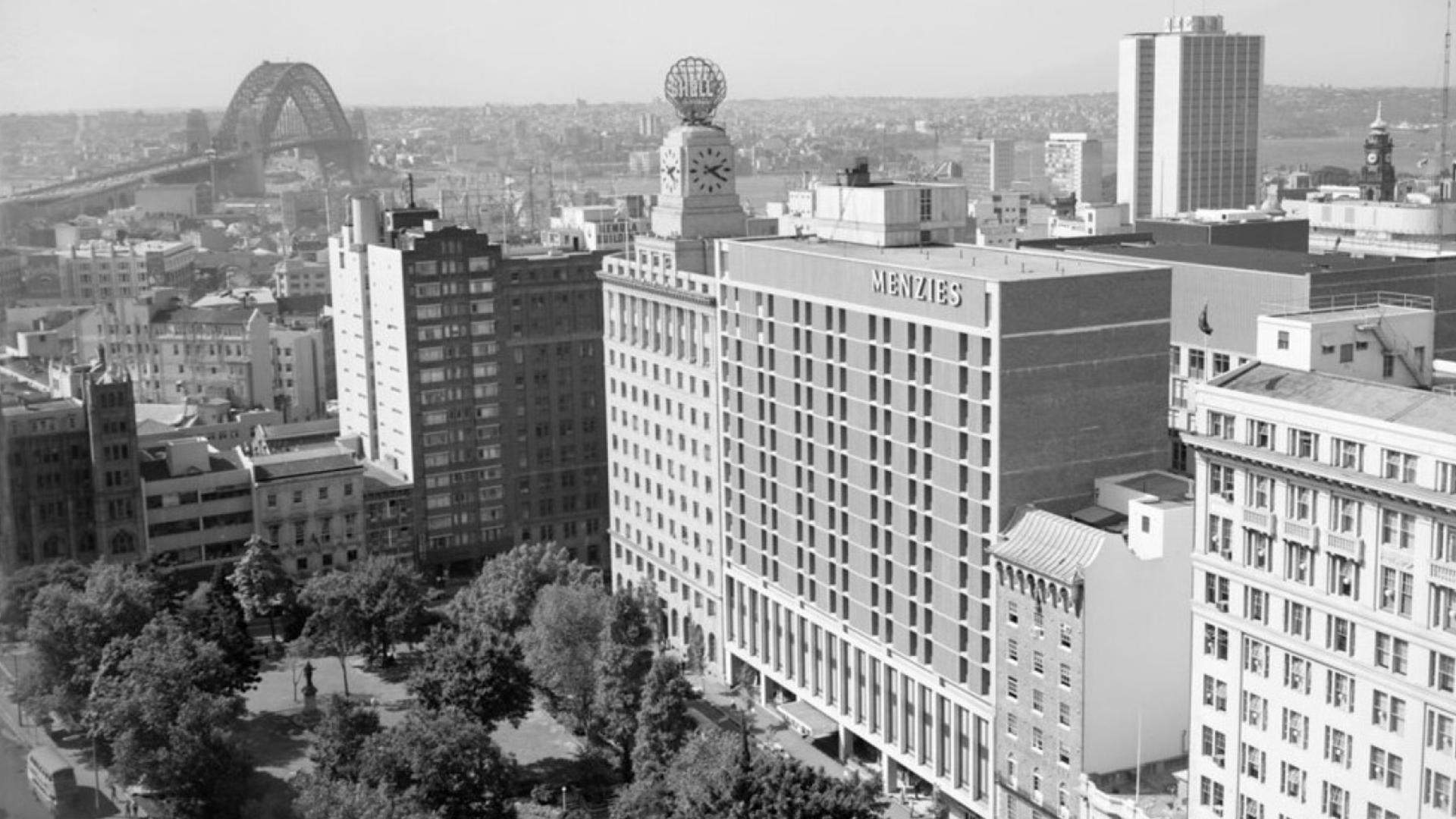 The multibillion-dollar Brookfield Place Sydney development attached to the Shell House and situated above Wynyard Station will house a Romeo's fresh food market and retail precinct, as well as commercial tenancies from Allianz and Moelis Australia alongside NAB. The huge CBD development has reached practical completion as of Wednesday, April 21, with its first retail tenants to commence trading from July.

The Shell House is located at 2 Carrington Street, Sydney. The Menzies Bar, the first of The Point Group's multiple Shell House venues, is set to open from July 2021.