If you think beer is for men only, think again (and FFS welcome to 2015). But the brewing industry itself, that's pretty damn male-dominated. So you should really meet Pink Boots Society.

Founded in 2008 by the award-winning craft brewer Teri Fahrendorf, the Portland based not-for-profit supports women in the beer industry through education. Self-proclaimed as the industry's "female movers and shakers", Pink Boots members aren't only brewers but also writers, hospitality staff, designers, and owners of craft beer bars, bottle shops and restaurants. Fahredndorf has 25 years in the industry under her belt and is committed to empowering women who are just starting out in beer world, with donations, sponsorships, fundraisers and seminars.

While many of the chapters are based in the States, its 2472 members span the globe, and it's no surprise that the Australian chapter president, Jayne Lewis, is also the co-founder of Australia's first female owned and operated brewery, Two Birds Brewing. Along with business partner Danielle Allen, the duo are paving the way for Australian women in brewing both with their own brewery and with their involvement in Pink Boots Society Australia. TWO BIRDS WALK INTO A BREWERY

Allen and Lewis met 16 years ago in Perth. "Jayne's passion for brewing and her excitement around the beers she wants to brew got me onboard, " says Allen. Lewis is an incredibly innovative brewer, with 12 years in the industry and a flare for making creative, accessible brews. The flagship Golden Ale and the Sunset Ale were both gold medal winners at this year's Craft Beer Awards, with the Sunset Ale also winning the title for Best Beer in the 2015 Wetherspoons Real Ale Festival.

While Two Birds continues to rake in awards for their core beers, the 'bird' behind the operation know the importance of giving back. In 2015, they brewed a Red Ale for International Women's Day and the Neneh Cherry Saison for SCBW; this beer won Champion French/Belgian Ale at the Craft Beer Awards, and the profits for both beers were used for the Pink Boots scholarship fund which awards a grant for aspiring women in the industry.

In November, Two Birds also kicked off a few Sydney events, including donating a keg of their Taco Ale to Lord Raglan and joining the Broads Who Brew night of Dove and Olive's Craft Beer Fight Club. The proceeds for both will also go directly to the Pink Boots' scholarship fund, with more donation events planned for 2016. 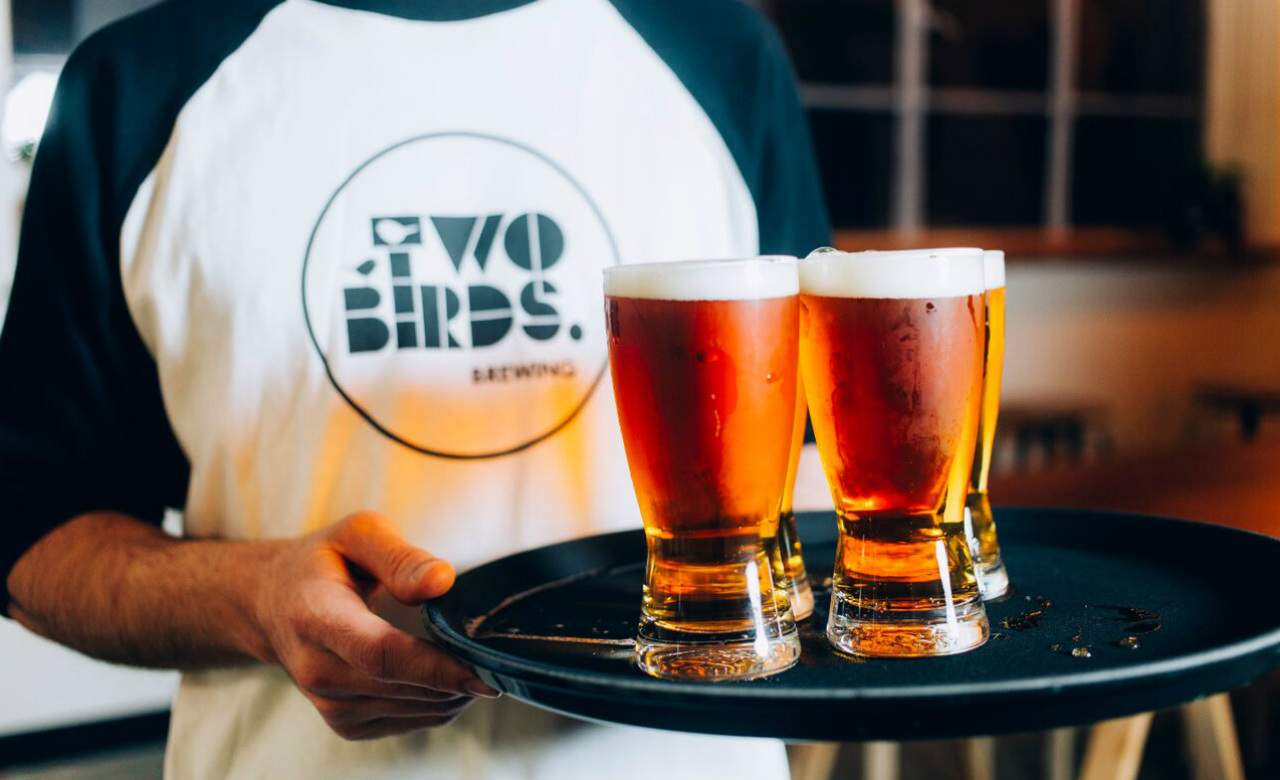 THESE PINK BOOTS WERE MADE FOR BREWIN'

As Allen describes, Pink Boots "is set up to empower women beer workers and their confidence in the beer industry." Lewis and Allen proudly encourage women in brewing, setting their own brewery as an example for other women in the industry. There are quite a few recognisable names in the Australian chapter, including the women involved with the Rocks Brewing and Wayward Brewing Company.

The best part? You don't need to be a member to benefit from these scholarships, which include beer-focused courses and workshops. The final scholarship offered for 2015 is the Oregon State University Craft Brewery Start-up Workshop, for women who are planning to open a brewery. Pink Boots has a bucketload of ways for you to get involved, from volunteer work and networking, to sponsorships and scholarships. Check out their website for more information.

Published on December 10, 2015 by Marissa Ciampi