Start with bone marrow toasties and naturally fermented prosecco for dinner, then head downstairs to dance on tables under a disco ball.

It's said that it takes a village to raise a child. In the case of Prince of York, it took a tribe of Sydney's top hospitality elite. Creative Director Paul Schulte (former partner at Keystone Group), Executive Chef Sam Bull and Sous Chef Adrian Jankuloski (both Icebergs Dining Room and Bar), Andy Emerson and Ed Loveday (Bar Brosé, The Passage and the recently closed Acme), Venue Manager Ed Verrill (London's Temper), Reece Griffiths (founder of Agave Cartel and behind Chula) and Events Manager Katherine Jankuloski (also IDRB) — they're just some of the talent behind Sydney CBD's ambitious new restaurant, bar and underground nightclub.

Masterminding the project is Schulte, who's brought together a team that is "passionate about doing things differently, but don't want to be part of a big group". "It's meant to be fun," explains Schulte. And fun, Prince of York certainly is.

Located inside a historic 1878 cash reserve, Prince of York is split into three distinct areas: the ground floor and mezzanine area, the downstairs cellar and Pamela's, a nightclub in the basement. As Schulte puts it, "upstairs is for eating, downstairs for dancing". So, let's start upstairs. Step through the glass front doors and you'll be greeted by black-and-white Stephen Dupont photos, exposed brick walls, a giant central concrete bar, tan leather stools and an imposing metal light fixture hanging from the high ceiling. All of this furniture — including the light — was custom built by Schulte's furniture design company, Line.

Take a seat at the bar — or at a table up on the mezzanine level — during lunch or dinner and order tomatoey crab pasta served in a bag, giant shells of pasta baked and filled with 12-hour lamb ragu and fontina, a $160 800-gram wagyu rib eye, banoffee pie or — the next big thing on Instagram, we're sure — the toastie. Filled with cheese and bone marrow, topped with a fried egg and served with a side of venison tartare, it's Loveday's lunchtime go-to.

"If I was having lunch, I'd want to have a glass of the Envinate 'Benje', which is from the Canary Islands, and that toastie," Loveday says. Verrill, on the other hand, would go for a bowl of the thick-cut chips and a "really expensive champagne". Luckily, at Prince of York, you can do both. 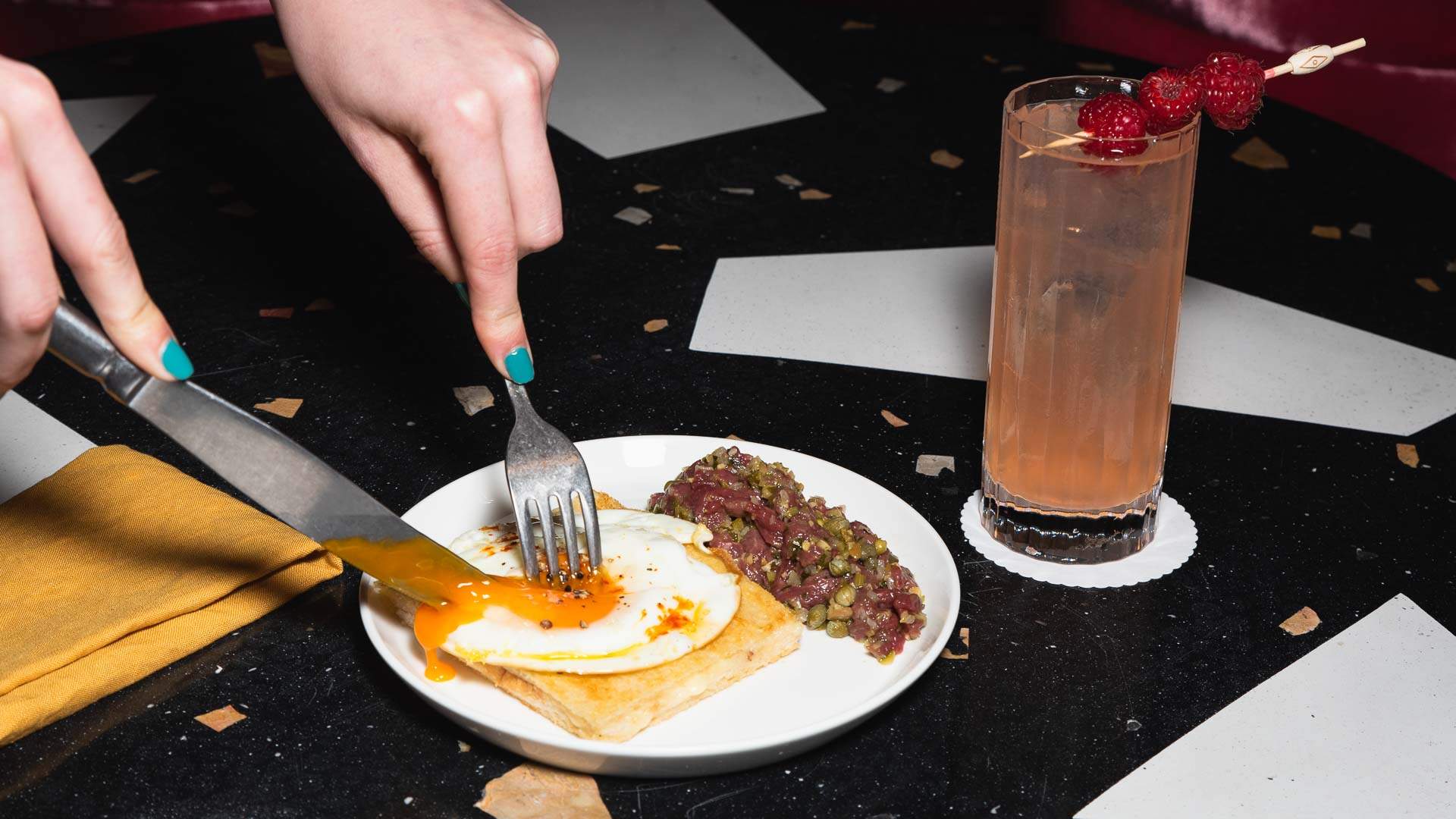 That toastie by Kimberley Low

Walk downstairs and you'll find the cellar. Here, predictably, the focus is wine. Less expected is the 150-year-old safe that took Schulte almost a a year to open. While there was nothing inside — "we were hoping there were going to be bags of gold and we were going to be able to pay for the fit-out with it," laughs Loveday — it's since been filled with rare wines and mezcals, some of which will soon be on offer by the glass using a Coravin.

The rest of the wine list, while filled with mostly bottles that are organic, minimal intervention and made by small producers, is still approachable. Lighting bolts mark the glasses and bottles that are "a little crazy" — like the naturally fermented Costadila prosecco, which tastes nothing like your run-of-the-mill Italian bubbles. 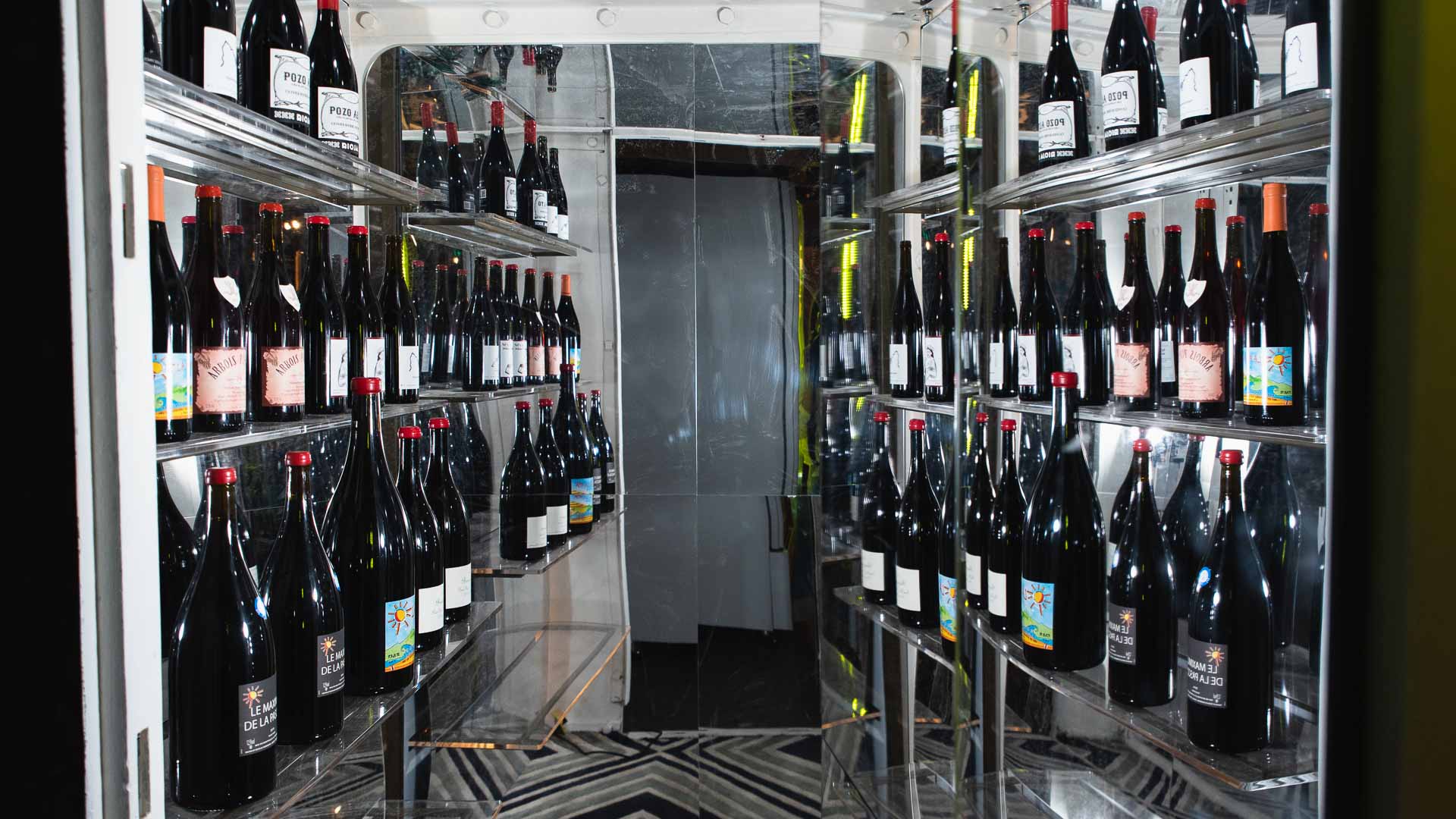 Once you've finished exploring this level you can, finally, descend to Pamela's. An ode to Schulte's mum — who loved champagne, tequila and disco — the nightclub is filled with pink suede banquettes. But, as comfy as they look, Loveday says guests should "get off the couch and dance on the tables".

On Fridays, you'll be boogying to disco at the regular Bola de Disco night — inspired by a crazy night Loveday had at the notorious Pare de Sufrir bar in Guadalajara, Mexico — and on Saturdays, shuffling to post-punk and new wave with Love Tempo.

While you're dancing to these tunes atop the sturdy terrazzo tables, you can sip tapped margaritas or the Happy Pammy cocktail — with tequila, tangerine and bubbles — served with 'cosmic dust' on an LED coaster. If you're looking to make a night of it, you could, instead, order one of the giant punchbowls (which will serve a group of four to eight), made with whole bottles of tequila, pét-nat and seasonal fruit. At the moment, that night will end at midnight, but when the new liquor licence is approved, it'll extend till 2am. The team is also hoping to open at 8am in the near future for coffee and a short three-item menu of breakfast snacks.

It's a space you could definitely get lost in till the early hours — and that's exactly the point of Prince of York. "The idea was to be a bit of a one-stop shop," explains Loveday. "To bring back that idea of a of a destination where you can come in for dinner, stay for a drink and kick on down in Pamela's." Thankfully, there are lockers that will allow you to eat, drink and dance on tabletops without losing your possessions, too.

Find Prince of York at 18 York Street, Sydney. It's open from Monday–Saturday midday–midnight (soon to be 2am, pending approval of licence).

Published on August 16, 2019 by Samantha Teague