Now Running: Have a Peek Inside Street Art Legend Rone's Most Expansive Exhibition Yet

'Time' is the artist's most expansive beauty-meets-decay masterpiece to date, now open in the Flinders Street Ballroom.

"Time is an open-ended narrative — there's no right or wrong way to experience the space. People make their own story and every person will experience it differently." This is how international street artist Rone (Tyrone Wright) describes his latest and most expansive beauty-meets-decay exhibition, which opens to the public tomorrow, Friday, October 28.

More than three years in the making, Rone's ambitious new work will completely transform Flinders Street Station's hidden third floor and ballroom. "Flinders Street Ballroom is one of those urban legends — you hear people talk about it, rarely could you find a photograph of it, and access to it was near impossible," Rone says of Time's location. "When I began the process back in 2019, no one had really been up here for 40 years." 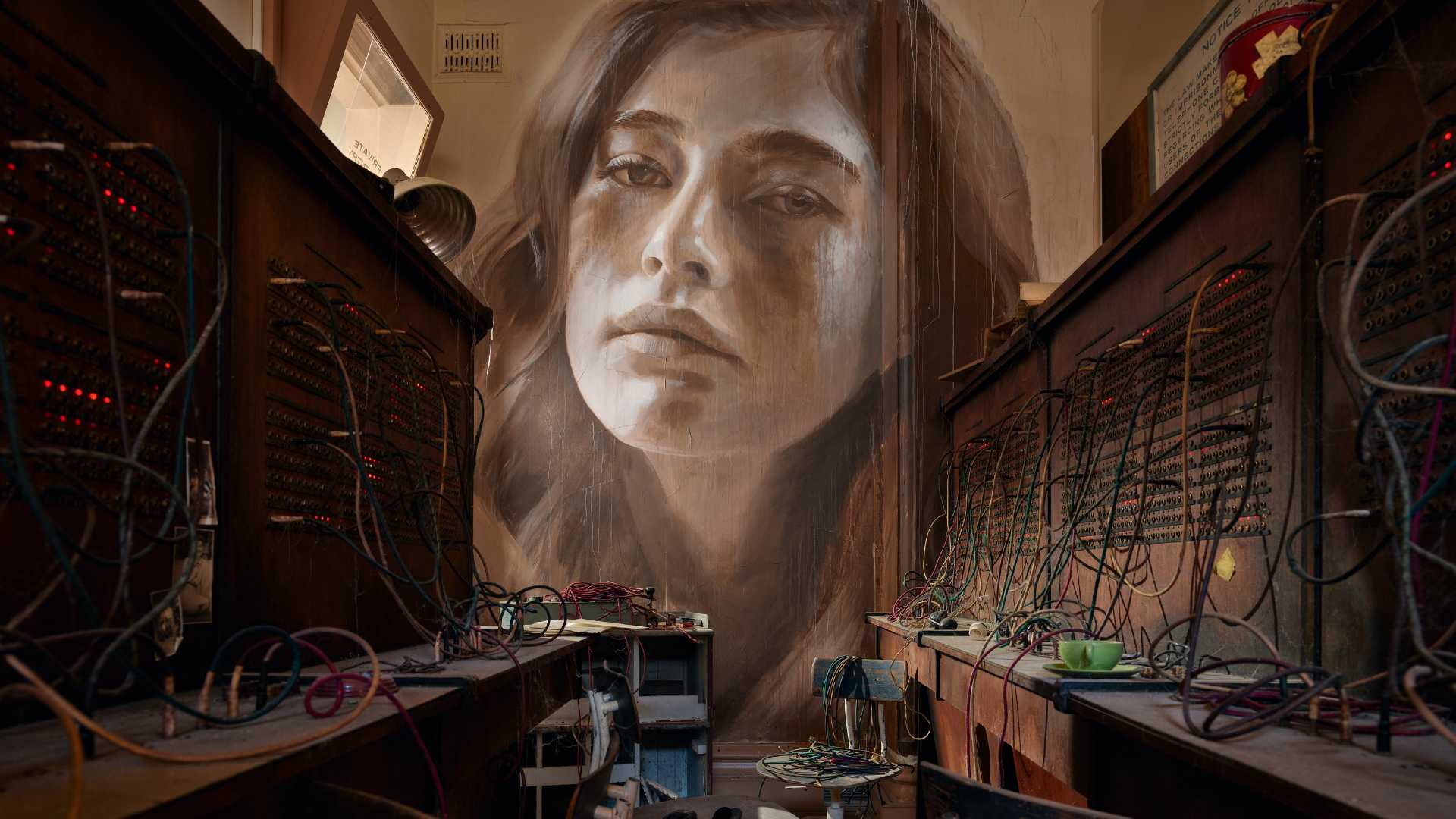 Running with newly-announced extended exhibition dates until Sunday, April 23, 2023, Time is a masterclass in storytelling and imbued with history. Like a sentimental love letter to mid-century Melbourne, it invites audiences to time-travel back to post-WWII, its 11 themed rooms sharing fictional histories that shine a light on the working class.

"I let the space and architecture inform the installation. For each building, I try to do something that feels like it has always been there — or belongs," Rone tells Concrete Playground. "One of the biggest challenges was just the logistics — it's up on the third level, it's five flights of stairs, everything has to come through a very narrow doorway on an active train platform — so you can only move things when there's not a train at the station," Rone explains. "From the very beginning, I wasn't able to be onsite because of COVID — so I've only been in the space for about eight weeks ... I had to do it all offsite and on the computer in 3D before we actually constructed anything. So I designed something that could be built, and then taken apart into small pieces, and then reassembled."

Each chamber is brought to life via a curation of original — and carefully recreated — heritage artifacts, lighting, soundscapes and historic architectural features; with the haunting female portraits that have become Rone's trademark. Prepare to be transported back to the public libraries, typing pools and machine rooms of yesteryear as you wander through the intricately designed spaces, pondering the meaning of time, progress and loss. The major installation has taken a team of over 120 people several months to deliver, including long-time Rone contributors such as interior set decorator Carly Spooner and sound composer Nick Batterham.

"Nick, who is the composer and did the sound — he engaged 12-15 musicians to record the composition, plus there's a sound engineer who designs the speaker layout and installation. Then there are five or six people who install all that — so there ends up being 20 people just for sound." 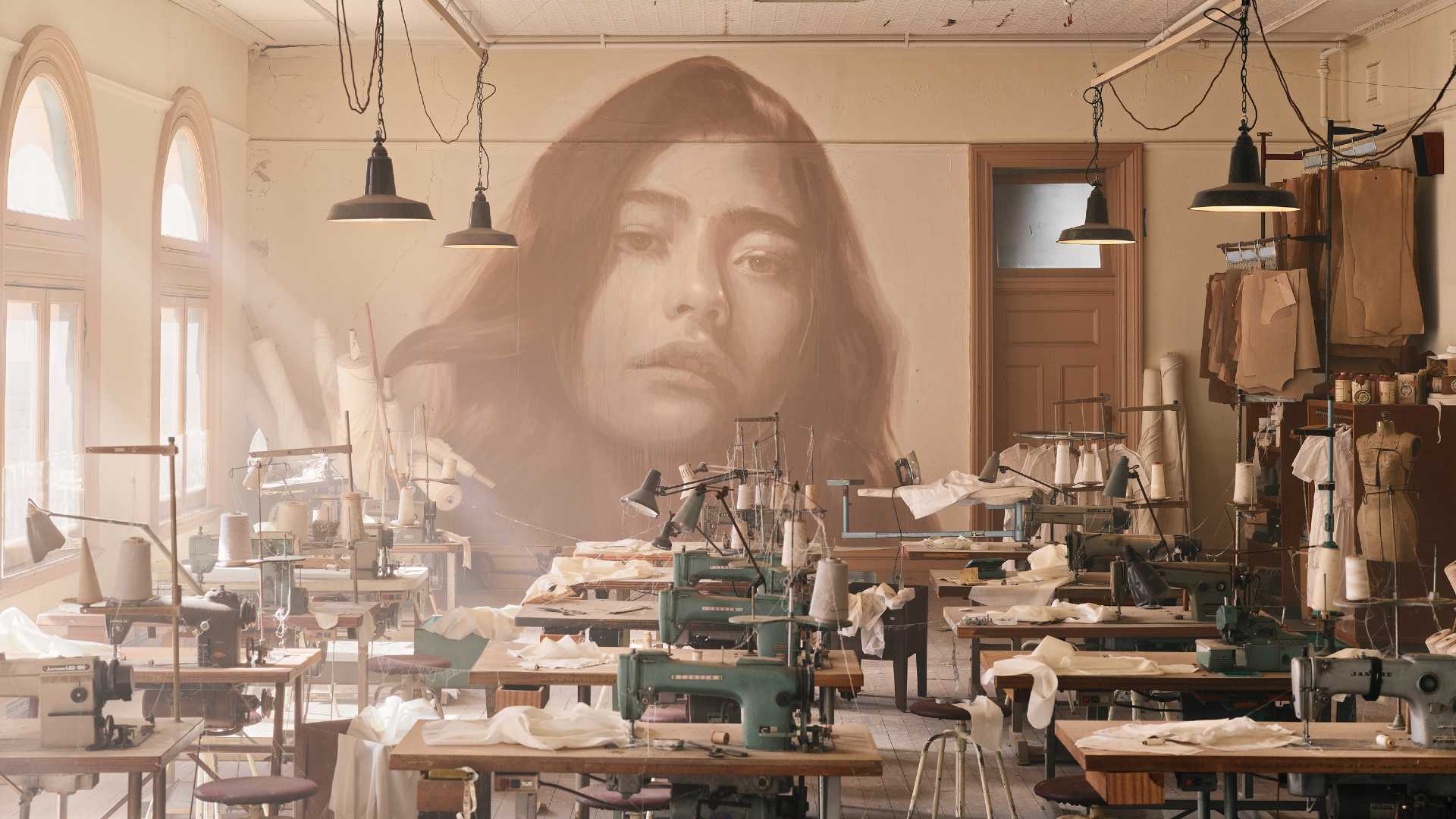 "There's been a couple of pieces that have really surprised me — that have been quite simple but come out really well, and quite beautiful," Rone says.

Time follows similar large-scale transformations from Rone's famed back catalogue, including The Omega Project, which took over an abandoned Alphington cottage, and Empire, which transformed a deserted mansion in the Dandenongs. Both of these works presented imagined stories of the wealthy upper-class of old.

Top image: The Glasshouse, part of 'Time', photo by Rone.